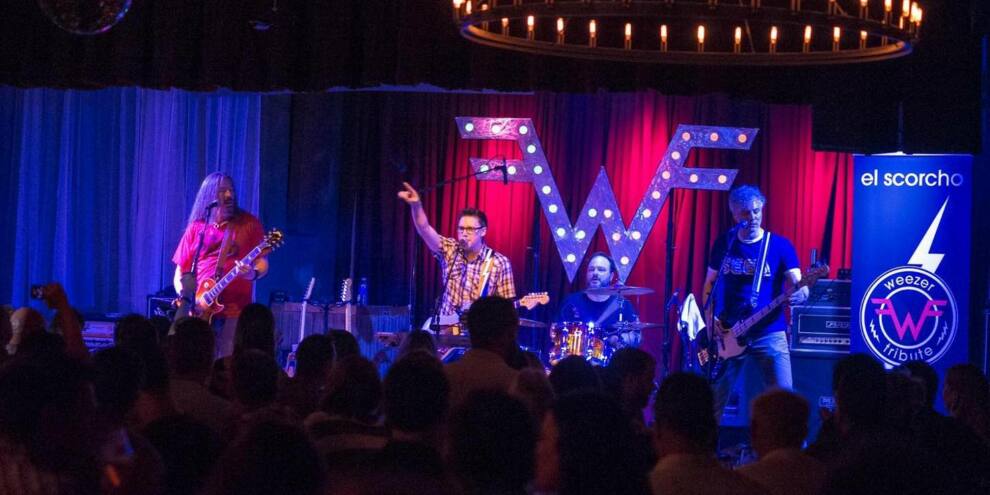 EL SCORCHO - WEEZER TRIBUTE
Facebook
ABOUT:El Scorcho formed in the summer of 2004 with the goal of creating the highest quality Weezer experience next to actually seeing Weezer live. El Scorcho performs the best of the “Blue” and "Pinkerton" albums as well as classic deeper cuts, rarities, and new songs that the ever prolific Weezer continues to produce. The "Quintessential Weezer Tribute Band" quickly grew into one into one of the highest in-demand tribute acts across the Southeast. After Karl Koch (Weezer's "5th member" and website administrator) caught word of El Scorcho, he immediately started to post show dates and news clips about the tribute act on Weezer's website, http://weezer.com. El Scorcho has even had the privilege of performing on-stage with Weezer during their 2008 tour of the "Red” Album.

FEBRUARY STARS - FOO FIGHTERSTRIBUTE
ABOUT:
Foo Fighters are arguably keeping the rock n roll torch lit by delivering melodic and guitar riff-based songs that everyone knows. With a catalog of over 12 full-length studio, live, and EP recordings and a 20+ year career, there is no doubt they are one of the most recognized and influential rock bands of the modern era.
February Stars deliver the best live Foo Fighters show with songs spanning their entire career.