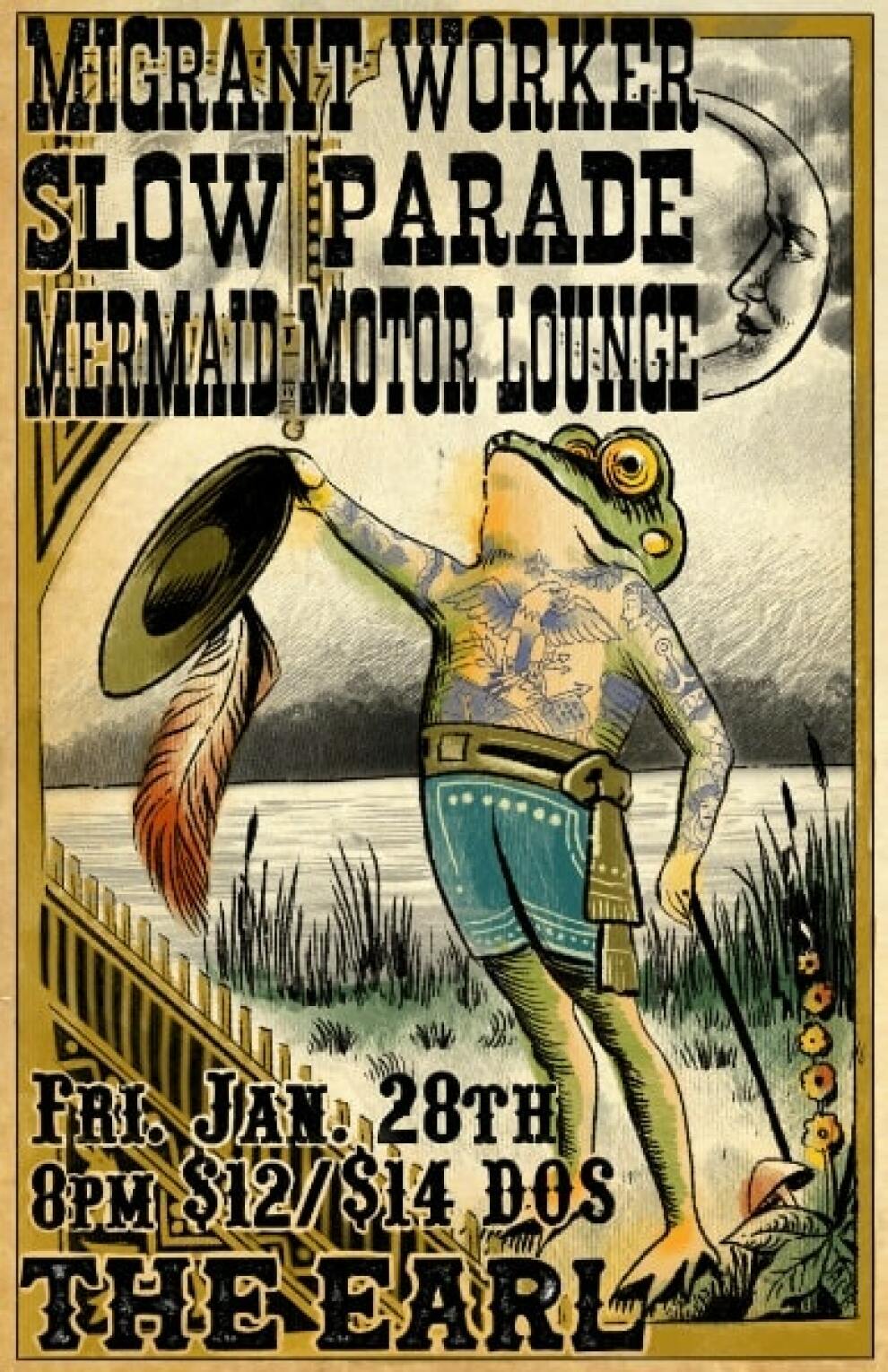 Migrant Worker has been blurring the lines between roots music, alt country, and southern groove in their hometown of Atlanta and neighboring regions of the South for some years, featuring a who's who of Atlanta players over this time. In 2020 they released their eponymous LP. To quote a review from Americana UK - "Like many of the great bands that have come out of the southern states of America, Migrant Worker represent a melting pot of the sounds and influences that surround them. The terms ‘Americana’ and ‘Roots Rock’ that have been used to describe them are probably too narrow to fully portray the richness and diversity demonstrated on this quite striking debut album." Migrant Worker seeks to bring back the urgency and realness that was once so ever present in the roots of American music. Migrant Worker has supported such acts in the past as Marty Stuart and his Fabulous Superlatives, Charlie Crocket, Johnny Fritze, Todd Nance of Widespread Panic, Cody Dickenson of North Mississippi Allstars, and played Atlanta's own Sweetwater 420fest.
More information