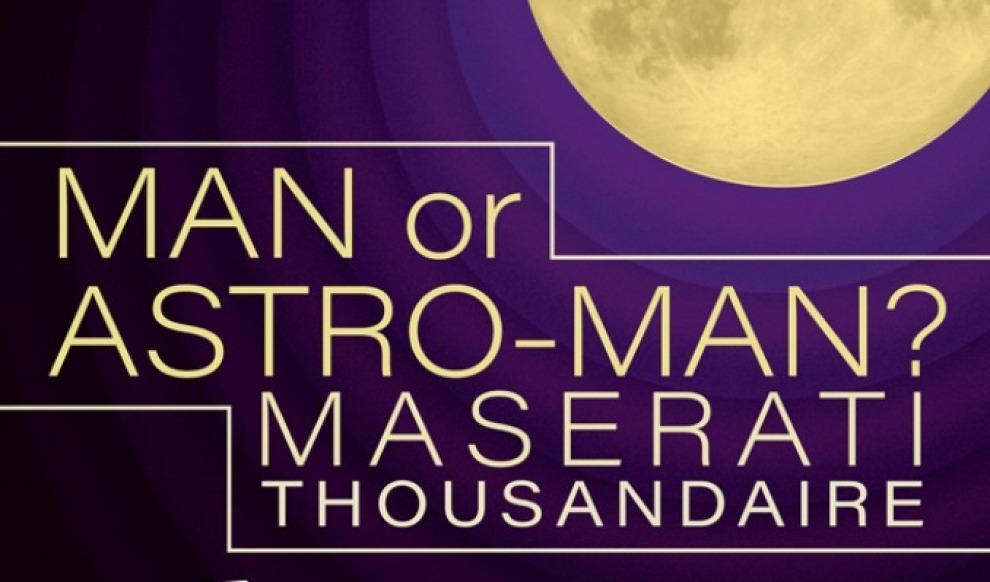 Some years ago, a young collective of extraterrestrials arrived on this planet and happened upon a small college town in Alabama. Home to both otherworldly jazz guru Sun Ra and rocket scientist Wernher von Braun, it is clear that Alabama is a direct linkage to outer space. In order to integrate into human society, these aliens would disguise themselves as a rock band, the perfect vehicle in which to traverse the globe and further their research. They would soon be known to the people of Earth as Man or Astro-Man?. Unearthing thrift store records by the likes of Link Wray, The Ventures, Dick Dale, Duane Eddy, The Marketts & The Safaris – Man or Astro-Man? began to formulate their own blend of the retro-futuristic inspired by their offbeat musical discoveries. Innovative stage sets and designs by Kraftwerk, The Spotniks, The Residents, Devo, Sun Ra, and The B-52s also had an impact on the emerging ensemble. Man or Astro-Man? began playing countless shows in the Southeast with bands like Southern Culture on the Skids, The Woggles, Hillbilly Frankenstein, The Subsonics, and The Flat Duo Jets. The group soon caught the attention of Estrus Records’ owner Dave Crider who released their full-length debut, Is it…Man or Astro-Man? (1993). The label’s design aesthetic revolved around the other-wordly concepts of designer Art Chantry whose works melded perfectly with the Astro-minds. Destroy All Astro- Men (1994), Project Infinity (1995), and several EP’s were also released by Estrus. Touch and Go Records released all later Astro-transmissions. Experiment Zero (1996) was recorded in three days with engineer Steve Albini at Zero Return Studios in Alabama. Now drawing influences from the future (as well as the past), the band began to extend their use of samples, computer programming, homemade instruments, electronic gadgetry, tape splicing, and other bits of Earth technology. Both the 1000X EP (1997) and Made From Technetium (1997) were darker steps into the futuristic soundtrack realm. Now, Man or Astro-man? have returned to Earth and unveiled their finest recorded work to date. Defcon 5…4…3…2…1 is here now with a striking validity that the band is unquestionably as both tuneful and energetic as they ever have been. The record combines ever-familiar Astro audio tones and the well-established playing ferocity that the band is known for, but yet now, there is an undeniably evolution to the band that is both intuitive, logical and well crafted. Man or Astro-man? has arrived in the present (and future, of course) with imminent purpose. And of course, they still bring an over-the-top, sensory overloaded show, which has always gained them a reputation for always being an undisputedly amazing band to see live. In early 2020 Maserati released their first new album in five years, which also marked their 20th anniversary as a band. Produced by the band and mixed by Grammy-winning producer John Congleton (Explosions In The Sky, Swans, Angel Olsen), Enter The Mirror is Maserati’s most compelling mélange of triumphant guitar hooks, abstract synth-pop, and Wax Trax-inspired noise anthems. The gated drums of Phil Collins and chorus-drenched guitars of INXS were prominent influences on Enter The Mirror, paired to magnificent effect with the increasingly dystopian lyrical themes (which, ironically, were also massive influences on popular music in the 1980s, and feel ever more relevant now). In addition to longtime members Coley Dennis, Matt Cherry, Chris McNeal, and Mike Albanese, Maserati are joined by friends and collaborators, Bill Berry (R.E.M.), Owen Lange, and Alfredo Lapuz Jr. Self-reflection and loss of control as both a positive and negative aspect of modern existence is at the heart of Enter The Mirror. It is Maserati’s most efficient and cohesive album, and a monumental accomplishment for a band who have weathered many storms throughout their first two decades – and found the will to not just keep moving, but to move with style and chase. Thousandaire is, from left to right: Andrew Wiggins, Puma Navarro, and Chad LeBlanc from Atlanta, Ga. They are not fashion models, t-shirt salesmen, poets, activists, charismatic cult leaders, or influencers. They are musicians. Don't expect much of anything besides regular rock and roll at a reasonably high volume. Their debut LP premiered on June 12 2020 on Colonel Records - Recorded and mixed at Standard Electric Recorders in Atlanta by Damon Moon. “It is [the] reliance on visceral directness that elevates Thousandaire to a deeper, higher level of universal hooks, melodies, dirges, and storytelling. Press play.” -Chad Radford / RADATL.com “So much of what you read and hear about Thousandaire’s self-titled debut delves into how the record sounds. Holy shit! Those tones! How’d you get those tones? And, to be fair, Thousandaire does sound utterly fantastic with guitars that can scale the heavens or level anything in their path. Still, for all its headphones magic, it’s the trio’s all killer, no filler approach to songwriting that truly wins out. Sure, the band is given to the occasional sprawling passage and blistering solos, but everything they do is in service to the song.” – Guillermo Castro / immersiveatlanta.com
More information