A Night of Rhythm & Blues with Crissy Colling and PURE 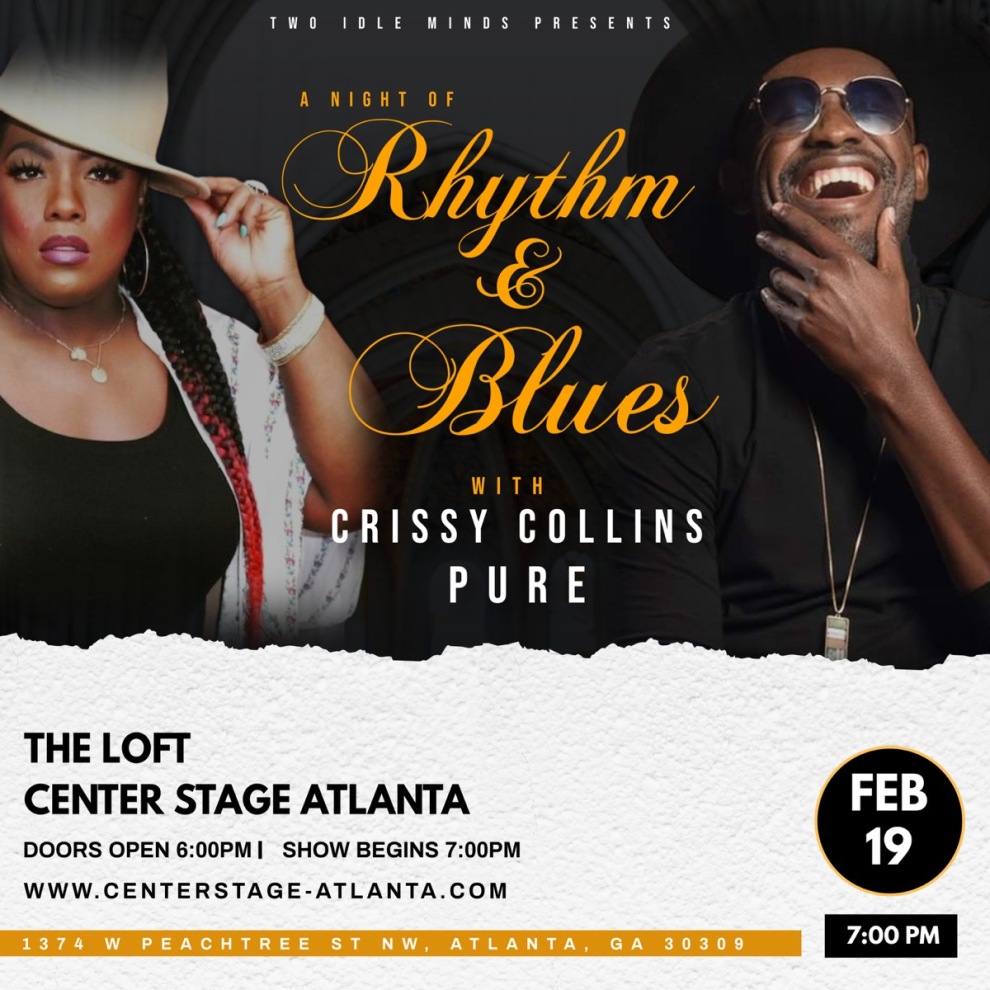 A lifelong singer and entertainer, Crissy Collins got her start at her late grandmother’s Church. And from there she has lit up the stages all around the world. In addition to background singing for Beyoncé, Crissy has appeared on numerous television shows, festivals, workshops, seminars and stages with Tyler Perry’s stage plays and movies.

Through soulful and honest musical storytelling, PURE. aims to reach hearts the world over. Born in Columbia, SC to a mother who was a jazz vocalist and a father who was a part-time DJ, music was a constant presence in his childhood. He has performed at such respected venues as Vinyl, Smith’s Olde Bar, Kat’s Café and 800 East. Pure was also a featured soloist in “The Motown Sound” at The Earl Smith Strand Theatre among other productions.