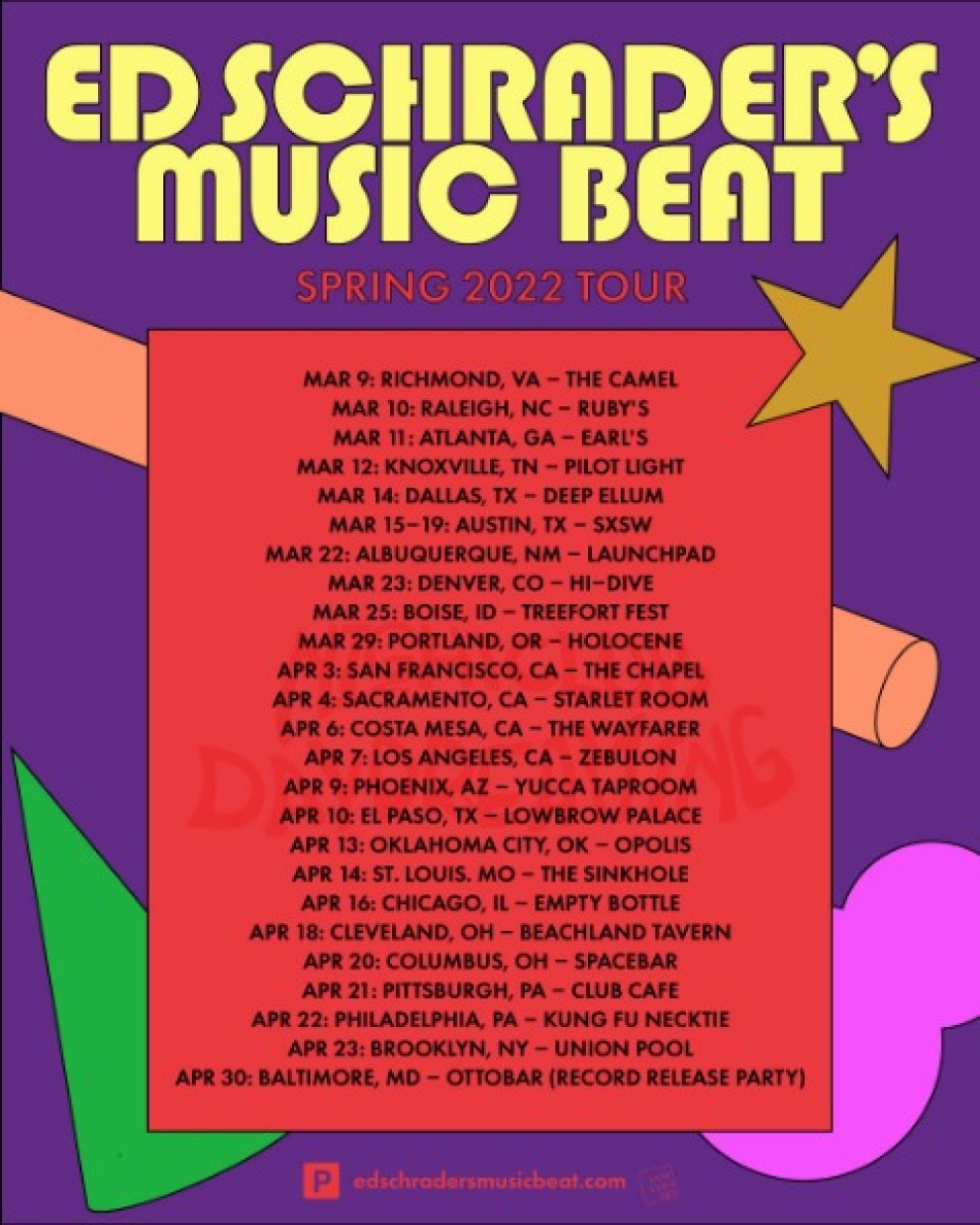 With a single EP as an a cappella screamer-crooner to his name, Ed Schrader brought on bassist Devlin Rice to form the two-piece Ed Schrader’s Music Beat after the two met on the legendary 2008 Baltimore Round Robin tour. Rice’s presence instantly brought aesthetic focus to Schrader’s disparate musical tendencies. The primal screams were made driving and heavy and the visionary chants became post-new wave mood pieces. The evolution is unmissable on their first two records as a duo, Jazz Mind (2012) and Party Jail (2014). On the Dan Deacon-produced Riddles (2018), the band exploded their sonic palette with the addition of synthesizers, player piano and a dedicated percussionist bringing to life a tracklist produced and co-written by Dan Deacon. Upon its release, the record garnered widespread acclaim. NPR called it an “odd and captivating piece of work.” Pitchfork called it “a defining point in their career.” Rolling Stone praised it as “a noise-punk album that bursts with psychedelic twists.” SPIN called it “a memorable and eclectic record ... one that can bleed and weep and still make you want to get up and scream.” Since 2010, the duo has mounted TK NUMBER tours across the U.S. and Europe both as a headliner and in support of major acts Beach House, Future Islands and Dan Deacon. They’ve shared bills with No Age, Lightning Bolt, Matmos and Ceremony.
More information