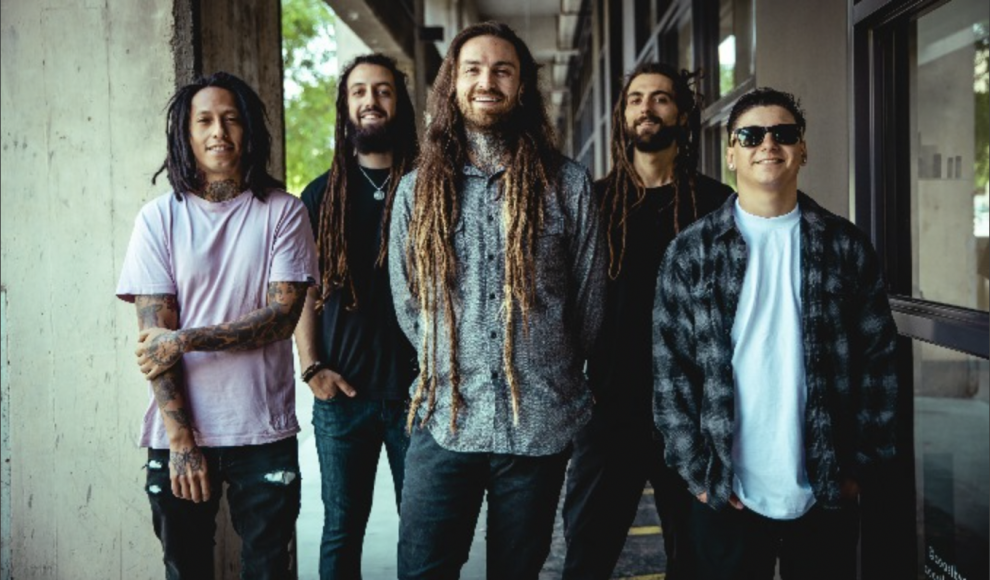 Listen, breathe. The kick drum is thumping in an offset rhythm to your beating heart and the bass is thundering vibrations through your entire body, tuning you into the stage and every other person standing in the crowd. Lightning strikes in your mind as dueling guitar riffs peel away the fog and a keyboard bubble floats loftily like clouds over it all. Then come the lyrics, messages of connection and grace. Ease flows through the entire scene and you're awoken by the tingle of resonance on your skin. Do you feel it? This is Iya Terra. Iya Terra means higher ground, which they seem to find everywhere. Whether it be the top of the latest charts or next year's festival billing, Iya Terra is constantly climbing. Bringing a modern-conscious approach to songwriting, Iya Terra crafts messages in love & respect. Currently based out of LA, and with members hailing from the west coast, SLC, and Vegas, their powerful rhythm section provides the heartbeat over which scintillating guitars and soothing vocals float melodies of universal resonance. Iya Terra released their first EP in 2014, then a debut album "Full Circle" in 2015. Then came the album that aligned the stars, "Sacred Sound" debuted at #1 on the reggae charts and the band's following has swelled ever since. Their third full length release and second reggae chart topping album "Coming to Light" followed in 2019. Kicking off 2021 with a new album Ease & Grace, they show no sign of slowing down. The new tunes are produced by EN Young and feature reggae hard-hitters Tribal Seeds, Trevor Hall, Mike Love, Bobby Lee of SOJA, Alborosie, and the legendary David Hinds of Steel Pulse. But if Iya Terra wants you to know anything, it would be this: just breathe, set your mind at ease, you got your whole life to live. One step at a time, right here, right now, that's exactly where you want to be. The rest of your life starts today, so come along. Every single word you say, let it be peaceful, meaningful. Speak from your heart, it's yearning to be.
More information