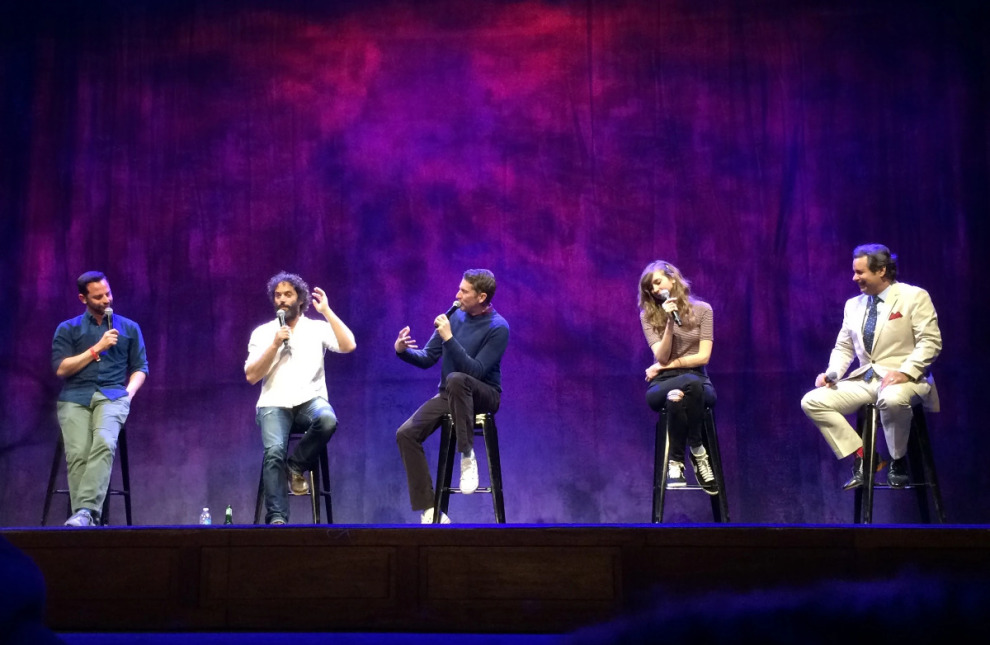 Comedy Bang! Bang! is a comedy fixture, a forefather of the podcast boom, and a weekly institution since its inception over 13 years ago. A high-spirited get-together between host Scott Aukerman and his funny friends, "CBB," as it's known to its fans, is a strange combination of interviews with both real people and improvisational comedians performing as fake characters. Every episode is as different as it is unplanned.

The television adaptation of Comedy Bang! Bang! aired on IFC for five seasons, with Scott taking on guests like Jon Hamm, Amy Poehler, Paul Rudd, and Seth Rogen in a talk show the AV Club called, “the welcome return of a surreal, silly comedic voice that hasn’t had a regular TV home since the heyday of Mr. Show."