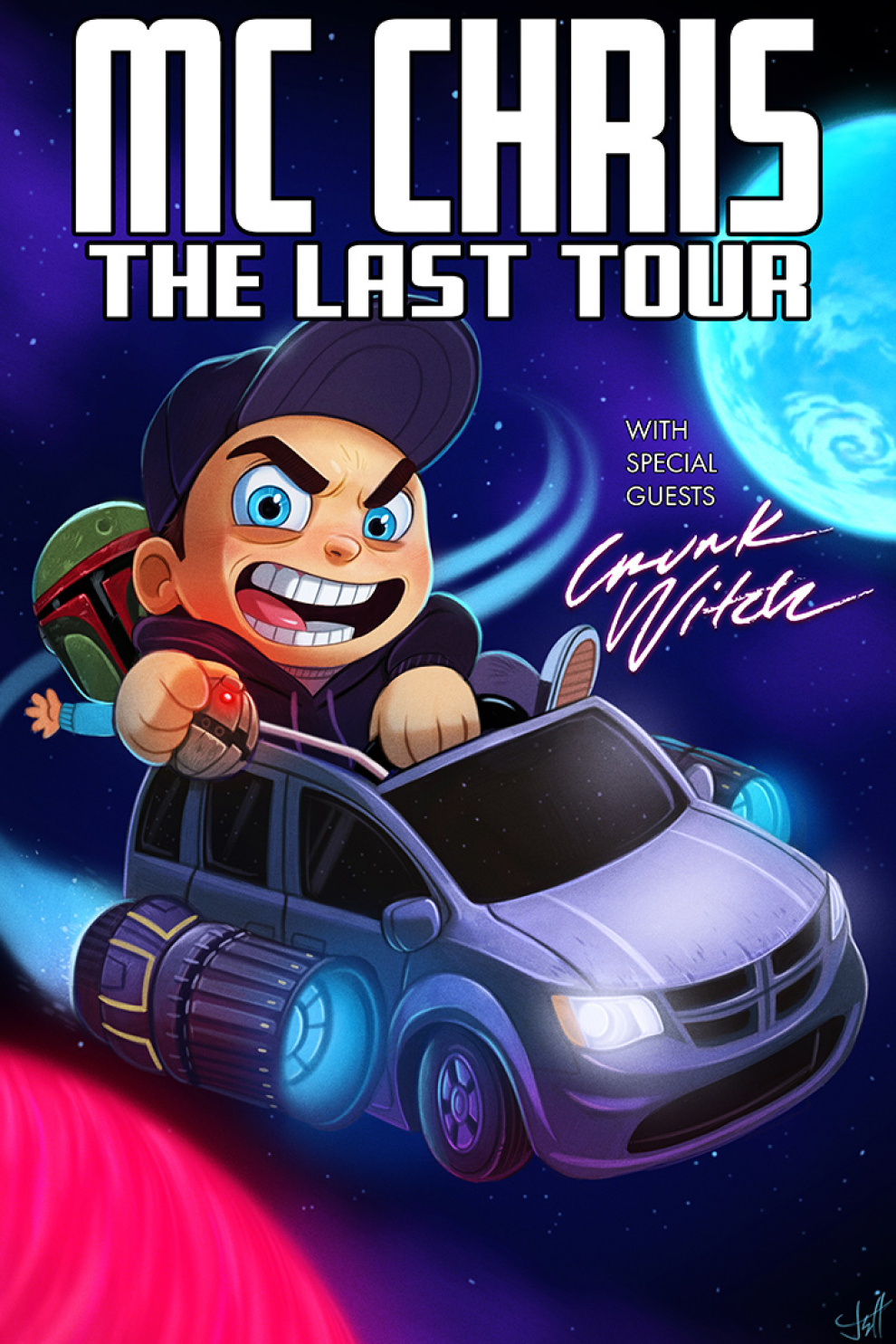 mc chris (always intentionally spelled lowercase) is having a moment. You’ve probably already heard of him or heard him; you just don’t know it. His voice is playing most nights on Adult Swim. Thanks to streaming, his shows (Sealab 2021, Aqua Teen Hunger Force, and many more) are finding their way to new audiences and die-hards alike. Thanks to Disney+’s The Book of Boba Fett, his lyrics have found their way into most articles about the show, into most YouTube reviews of the show, into most Fett oriented Twitch and TikTok videos. His lyrics are just part of language because he’s influenced a generation. Twitter personalities and huge companies are getting in on the act, even X-BOX was dropping some mc chris lines in recent tweets in response to Fortnite’s Boba Fett DLC. He has become an integral part of the zeitgeist. His fans call him legend, icon and king. He’s thought of as a game changer. His influence on comedy, animation and rap is unparalleled. It’s almost as if all red strings stem from the efforts of mc chris as he pioneered things like Adult Swim and Nerdcore. These days he’s a single dad coming out of Covid and divorce with a determination to do what’s best for his son who he cares for full time. For two long years he has not been able to tour, cutting short a successful and groundbreaking 15-year run, but now that Covid restrictions have eased, mc is going back out one more time. Join him and Maine based Crunk Witch as they make their way across the country for another go, bittersweet as it may be. He will be appearing in Adult Swim’s “Aquadonk Side Pieces,” later this year and his 19th release “King in Black” will be coming out in conjunction with his tour. Catch him while you can! Who knows when and if he will return.
More information