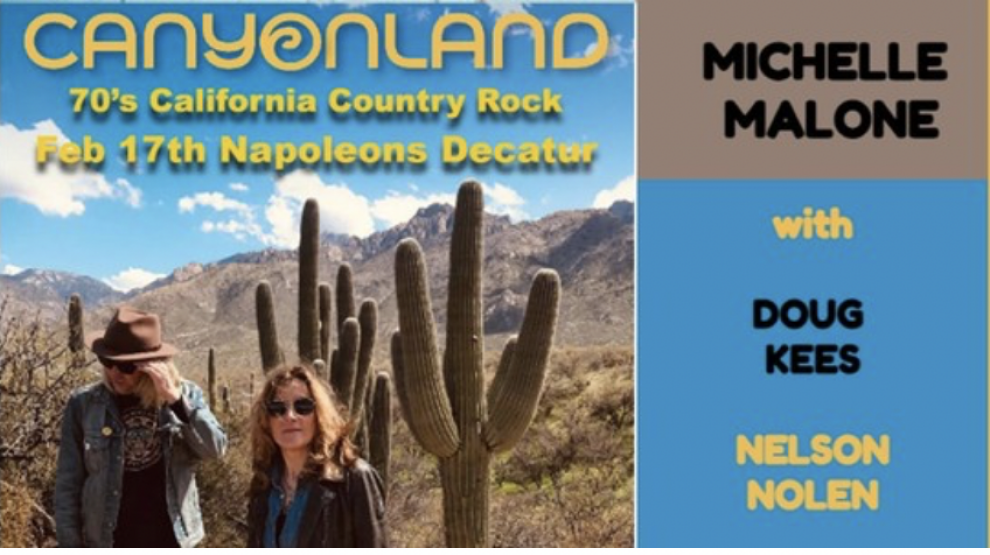 CL RECOMMENDS
CL Critic Hal Horowitz Recommends: The canyon in this evening’s title refers to California’s famed Laurel Canyon, the home to such 70’s folk rock and pop icons as The Byrds, Buffalo Springfield, Joni Mitchell and The Mamas and Papas. A consortium of local acts led by the redoubtable Michelle Malone, whose recent 1977 album pays tribute to this era, will cover songs generated during this fertile period. It sounds like a lot of fun especially if you have seen either of the two recent documentaries about this period. — HH

Performing the music and magic of the popular music that came out of L.A.’s Laurel Canyon neighborhood in the mid-60s.  Featuring Artists like Joni Mitchell, The Byrds, Carol King, Buffalo Springfield, Crosby Still & Nash, and Mama's and the Papa's cemented the California Sound.