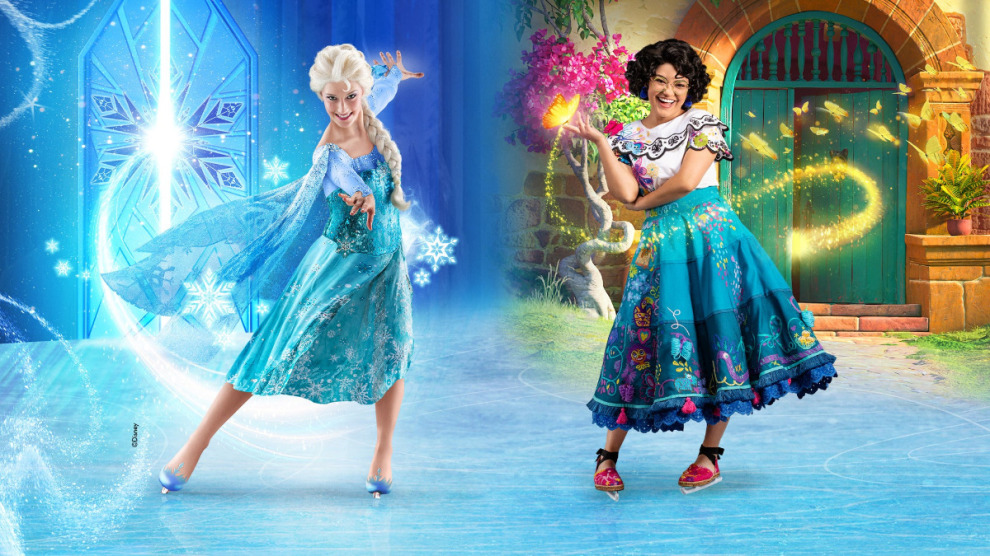 For the first time, Disney On Ice invites families to step inside the magical adventures of Walt Disney Animation Studios' Frozen, the #1 Animated feature of all time, and Disney Animation's Encanto, the 2022 Academy AwardÃ‚Â®, BAFTAÃ‚Â®, and Golden GlobeÃ‚Â® Award winner for Best Animated Feature, as they come to life like never before. This adventure on ice transports fans into two of the most popular Disney films as audiences can sing along to their favorite songs while embracing world-class ice skating, aerial acrobatics, and more when it visits their hometown.