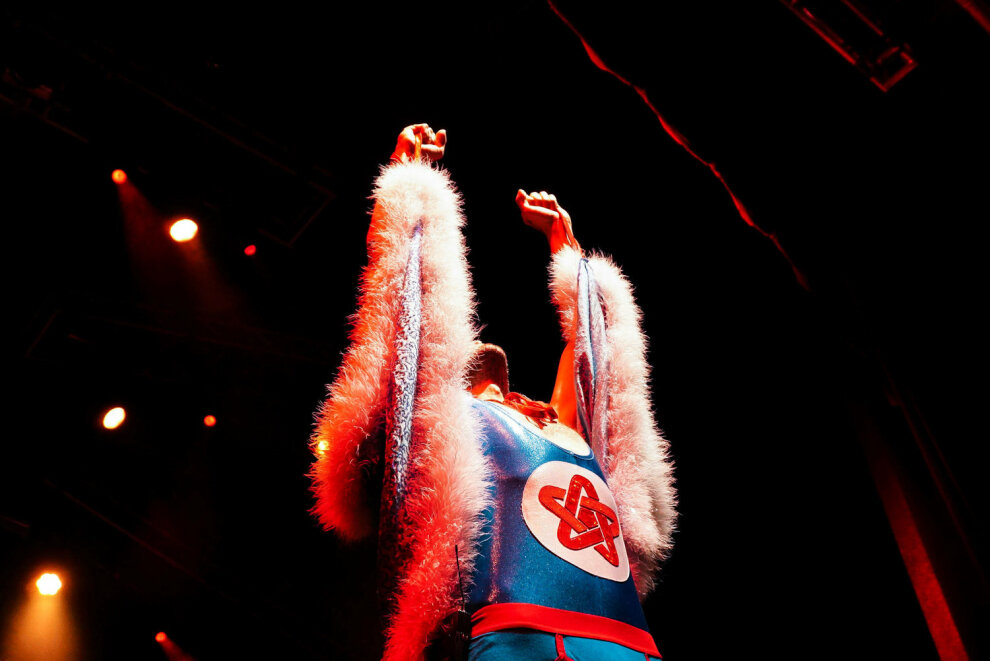 CL RECOMMENDS
CL Critic Matthew Warhol Recommends: As much as I dislike the thought of listening to music as something to be embarrassed by, Ninja Sex Party are my guilty pleasure. But at almost 30 years old, actively enjoying a duo comprised of a ninja and a Jewish superhero singing goofy songs about sex, may be something I should keep to myself. Yet here I am, writing about my love for them. Having been introduced to NSP through the lets-play YouTube channel Game Grumps of which the jewish superhero, Danny Sexbang, is a memberâ€”I quickly racked up views on their hilariously-thought out, well-crafted music videos that easily surpass the comedy of recent SNL musical sketches. Ninja Sex Party is, first and foremost, a funny meme, but I keep coming back to them because their songs are actually well-written. Sexbang's voice is objectively great as he sours into comedic hooks on songs like â€œThree Minutes Of Ecstasy, "Orgy For One," and, the eight-and-a-half minute epic, "6969," making the jokes that much funnier. Their love of 80s music and spandex further the tongue-in-cheek, childlike nature of their songs and videos, pushing things into absolute lunacy. Ninja Sex Party isn't just dumb sex jokes. It's high camp. - MW

Ninja Sex Party, consisting of Danny Sexbang (Dan Avidan, vocals) and Ninja Brian (Brian Wecht, keyboards), is one of the most popular comedy bands of all time. Since NSP's inception in 2009, the band has performed sold-out shows across the US, UK, Europe,and Australia, released over 50 music videos and 10 albums, garnered over 1.35 million YouTube subscribers, and was Billboard's top selling Comedy Artist of 2018.

After three years not touring for some reason, Ninja Sex Party is back with an ALL ACOUSTIC show! With the help of the Super Guitar Bros and producer Jim Roach, Danny and Brian are doing their first-ever live acoustic tour featuring your favorite NSP songs plus some amazing (yet somehow totally believable) new surprises. A ticket buys you the whole seat but you'll only need THE EDGE and also THE MIDDLE and also THE BACK!!!