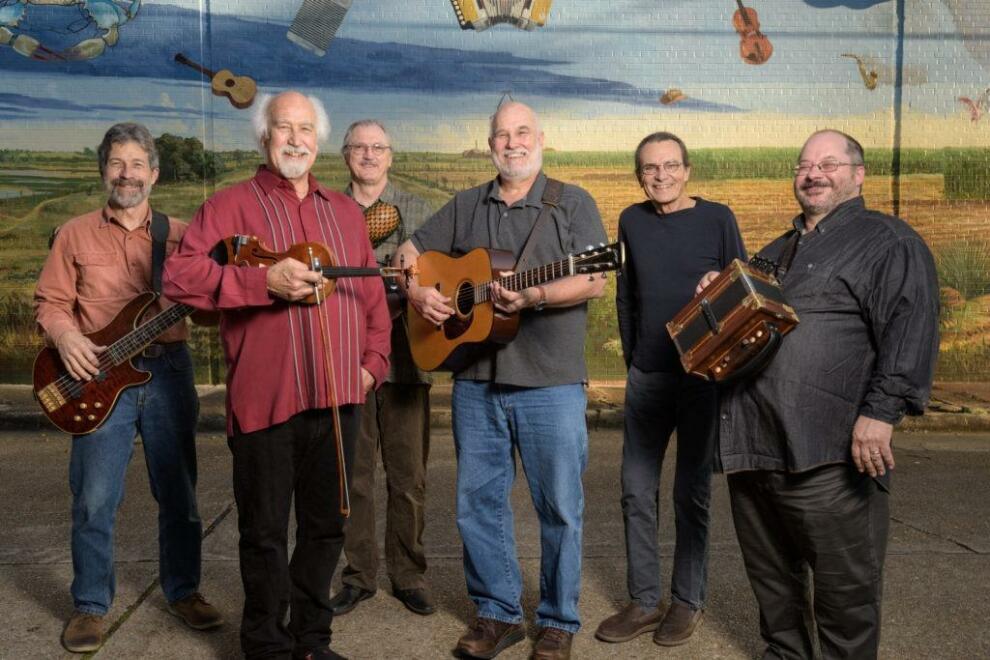 Photo credit: Courtesy of eddieownpresents.com
CAPTAINS OF CAJUN: Beausoleil is back, carrying the traditional Cajun torch to Duluth Sept. 8.
Cost: $0-$35,
USER SUBMITTED
CL Critic Hal Horowitz Recommends: At one time, around the late 80’s, Beausoleil was unquestionably the most famous and talented pure Cajun band on the scene. It’s hard to say why they fell off the map, but with them not having released a new album in nearly a decade, it seemed they had disbanded. Happily, they are back! As long as 70 year old frontman Doucet (who sings in French and English) is still carrying the Cajun torch, you can be assured they remain as rooted to the Louisiana tradition of two-steps and waltzes as in their heyday. Not to be missed. — HH

BeauSoleil avec Michael Doucet has been making some of the most potent and popular Cajun music on the planet for the past 37 years. Born out of the rich Acadian ancestry of its members, and created and driven by bandleader Michael Doucet's spellbinding fiddle playing and soulful vocals, BeauSoleil is notorious for bringing even the most staid audience to its feet. BeauSoleil's distinctive sound derives from the distilled spirits of New Orleans jazz, blues rock, folk, swamp pop, Zydeco, country and bluegrass, captivating listeners from the Jazz and Heritage Festival in New Orleans, to Carnegie Hall, then all the way across the pond to the Meltdown Festival in England.