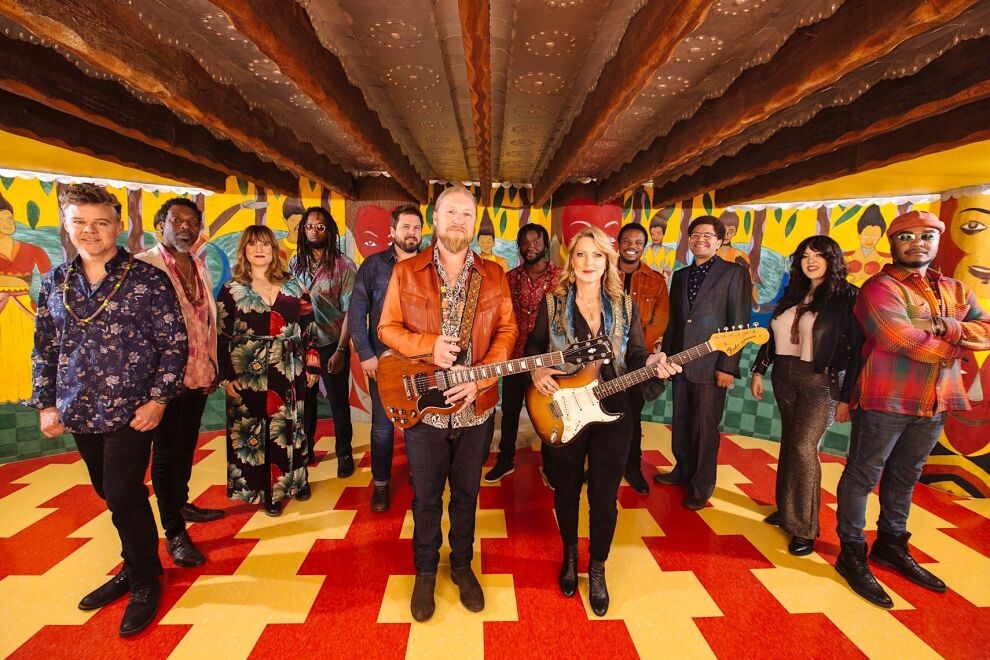 CL RECOMMENDS
CL Critic Hal Horowitz Recommends: This sprawling 12-piece blues and soul juggernaut missed their usual Fox Theater residency the past few years due to the pandemic. They return in a big way with not one, but four new albums of fresh original material. Tedeschi’s gutsy voice gets better with age and ex-Allman Brother Trucks’ slithering guitar work is just as distinctive. The horns and backing vocals tighten it all down and the openers, who will likely all return for a closing jam, bring it home. — HH

The Tedeschi Trucks Band (/təˈdɛski/) is an American blues and blues rock group based in Jacksonville, Florida. Formed in 2010, the band is led by married couple Susan Tedeschi and Derek Trucks. Their debut album, Revelator (2011), won the 2012 Grammy Award for Best Blues Album.
More information