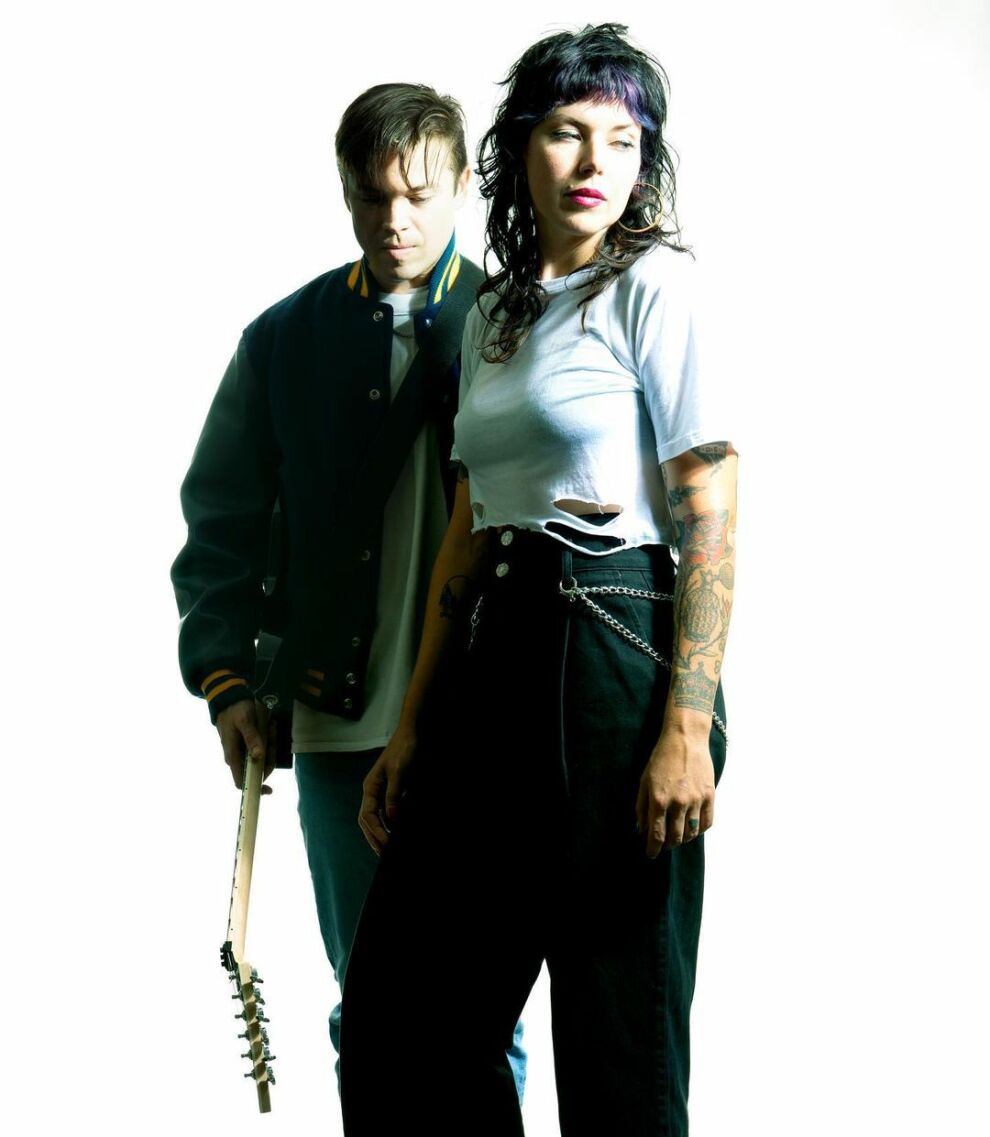 Courtesy: @chris_vultaggio on Instagram
THEY CAME TO SLEIGH!: Sleigh Bells aim to cause permeant hearing damage at Center Stage.
Cost: $31,

CL RECOMMENDS
CL Critic Matthew Warhol Recommends: It has been 12 years since Sleigh Bells bombastic debut album, Treats. And if you don’t know the album I’m speaking of… boy, are you in for a [insert the name of said album here]. When I first heard the intro to “Tell ‘Em,” I thought it was from another planet. 80s hair metal guitars, an ear-splitting drum machine, horns that would make Just Blaze jealous, and vocals that were somehow both light as air and sounded like they were bullying you. I had never heard genres melded like this before. Returning to it now, it’s still fresh and loud as hell. I remember my friend, the one who introduced me to Sleigh Bells, ran a high intensity kick boxing class and would use their music to get the girls moving. And to this day, I can’t listen to one of their songs without shadow boxing to the beat. The first album was definitely the peak—they sort of subdued their sound later on—but Sleigh Bells are still on an island by themselves. You have to listen to that album if you haven’t. — MW

Sleigh Bells is a musical duo based in Brooklyn, New York, formed in 2008 and consisting of vocalist Alexis Krauss and guitarist/producer Derek E. Miller. They became known for their overdriven style of noise pop, which incorporates elements from various genres including pop, hip hop, metal, and punk.
More information