The Dirty Guv'Nahs, The Stews 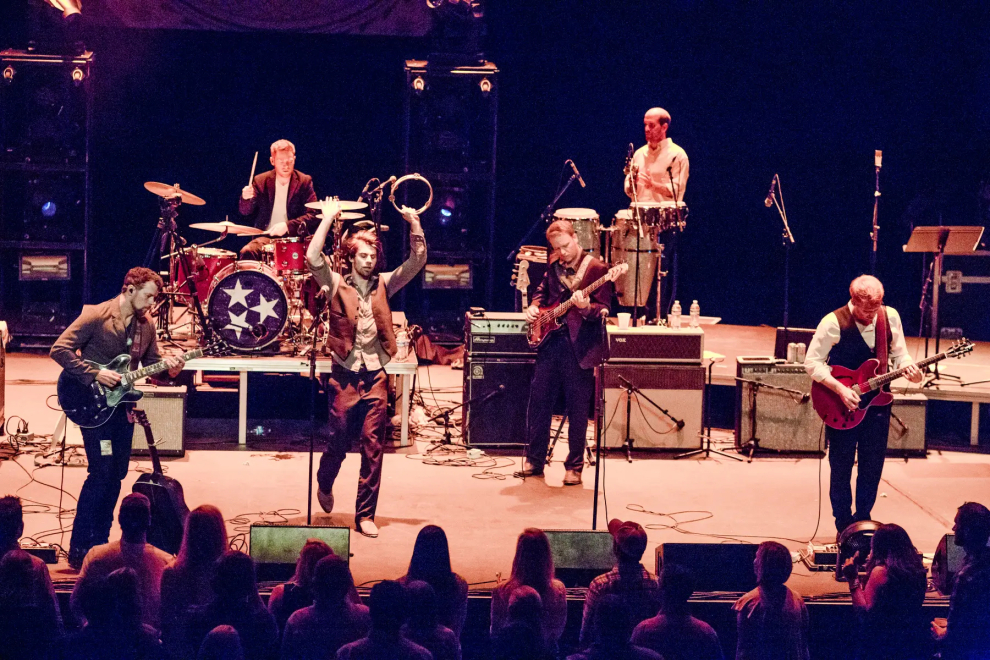 CL RECOMMENDS
CL Critic Hal Horowitz Recommends:Â Even though their name sounds like something out of the UK, Knoxville, Tennesseeâs Dirty Guvânahs sextet cranks out good oleâ boy Southern rocking with a side helping of blues, pop, country and enough Black Crowes and Rolling Stones influences to make flash back to Sticky Fingers. Look for music from 2021âs Revival, their most polished work which includes the song âGood Night Down in Georgiaâ that oughta get the crowd worked up. â HH

This six-piece brotherhood from Knoxville, Tennessee, is called âa fiercely soulful bandâ by the Boston Globe, and has been affirmed by Paste Magazine to âknow rock and roll from the inside out.â

The live experience of The Dirty Guvânahs has been hailed as one of the best in the southeast and according to Music Connection Magazine, âThe Dirty Guvânahs donât just play music; they capture the human experience through song.â This experience is led by the soulful holler of singer / songwriter James Trimble, and accentuated by the intricate lead guitar work of Cozmo Holloway and the tasteful piano, organ, and harmony vocals of Kevin Hyfantis. The sturdy rhythm section of the band is filled out by brothers Justin and Aaron Hoskinsâ on bass and drums, along with the glue and musical leadership of songwriter Michael Jenkins on the rhythm guitar.