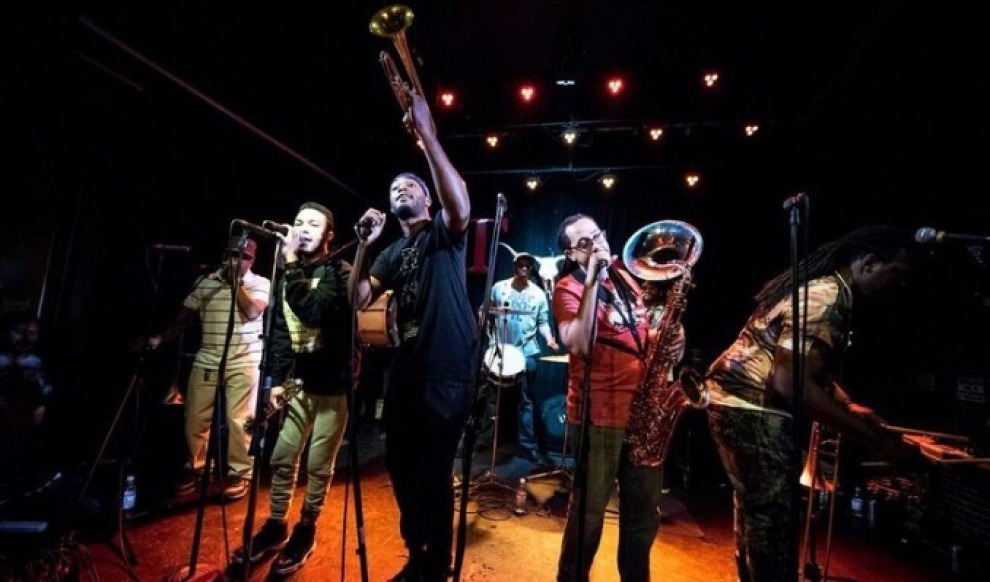 Credit:Courtesy of terminalwest.com
REBIRTH OF THE FUNK: Nawlin’s veterans Rebirth Brass Band brings the party to us on August 20th.
Cost: $27.50 - $32.50,

CL RECOMMENDS
CL Critic Hal Horowitz Recommends: It’s a dance party y’all. The funky sounds of New Orleans come alive whenever the Rebirth Brass Band takes the stage. Sitting isn’t a possibility as they prance and cavort around, bringing the spirit of their hometown with them as they have been doing for forty years. Dancing required. — HH

THE REBIRTH BRASS BAND, unbelievable. hard as hell, free as a ray of light, there is not a band on earth that is better. stunning.- Flea, Red Hot Chili Peppers For almost 4 decades, the Grammy winning Rebirth Brass Band has been supplying fans with a fiery live show and a rich musical catalog. Their trademark sound pays homage to the New Orleans brass band tradition while weaving a tapestry that combines elements of jazz, funk, soul, R&B and the sounds from the streets they grew up on. From their legendary 25+ year run of Tuesday nights at the Maple Leaf to stages all over the world, Rebirth is the soundtrack of the Crescent City and her premier musical ambassador. Founded by brothers Phil and Keith Frazier over 35 years ago, Rebirth began their career playing on the sidewalks of the French Quarter, and quickly landed gigs at second line parades. Those auspicious beginnings have led to thousands of shows to music aficionados everywhere, including heads of state and royalty. The bands unique â€œsoundtrack of New Orleans has also garnered admiration from artists of all genres. They've shared the stage and collaborated with everyone from the Grateful Dead to the Red Hot Chili Peppers, Maceo Parker, Green Day, U2, James Brown, 311, G-Love, MuteMath, Juvenile, Train, Big Freedia, Ani Difranco, Galactic, Allen Touisant, Neville Brothers, Quincy Jones and Trombone Shorty.
More information