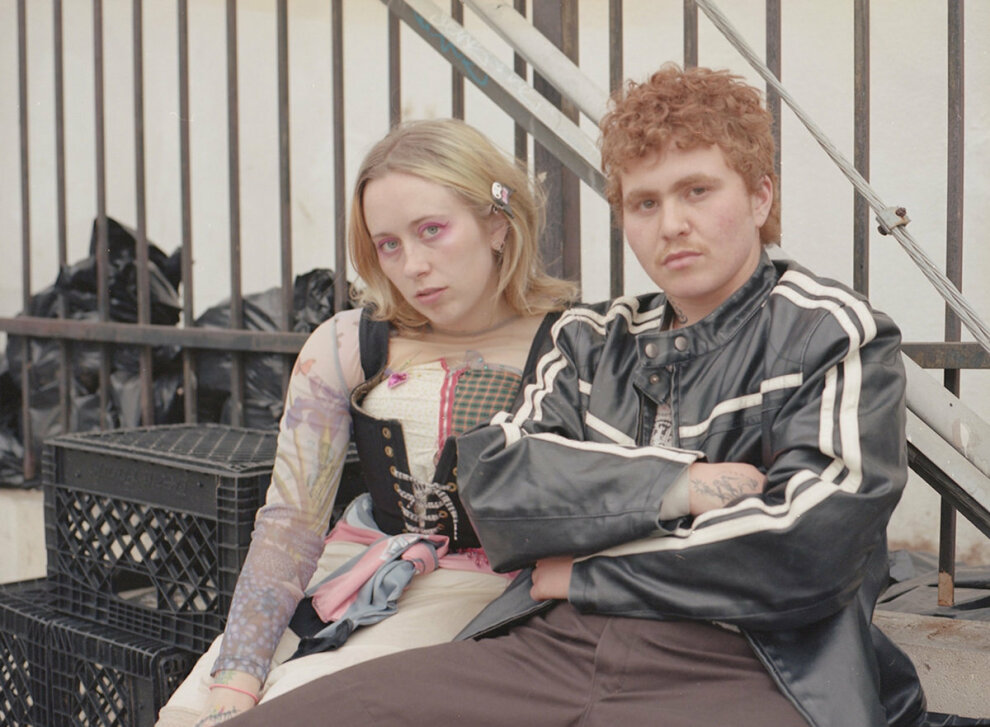 CL RECOMMENDS
CL Critic Matthew Warhol Recommends:Â Girlpool has been one of the most interesting bands to watch evolve over the past decade. I was on board from the time I heard 2014â€™s â€œJane,â€ off their self-titled, debut EP. That project was so simple, two people, two instrumental parts, two voices belting out the trials of early 20s life. They explored this sound to its farthest point on their debut album, Before The World Was Big, and filled the out their sound with drums and multiple guitar parts on 2017â€™s Powerplant. Shortly before the release of that project, one-half of Girlpool, Avery Tucker, came out as a trans man. His new identity helped shaped Girlpoolâ€™s third album, What Chaos Is Imaginary. The guitars were loud and distorted, taking inspiration from midwest emo, and Averyâ€™s lower voice morphed the bandâ€™s sound in a way fans really hear. Girlpoolâ€™s most recent album, however, was a departure I could have never imagined when listening to their first project. Forgiveness is more akin to Charli XCX than indie rock. Shimmery synths take precedent over guitars, and voice effects shower the twoâ€™s singing. There are electronic beats and bass warbles. One could say, on this album at least, that Girlpool is miles away from the band they once were. But the line connecting all of their many sounds has always been the songwriting. No matter where they go, intimate, personal, and emotional lyrics will ground them. -MW

Avery Tucker and Harmony Tividad have been making critically acclaimed music as Girlpool since they were high schoolers, scurrying around Los Angeles' all-ages concert spaces and skipping class to play gigs with their friends. As their radically minimal first full-length Before The World Was Big was winning them fans far beyond the DIY circles they came from, the duo was testing out life on the east coast, where they continued to translate the bittersweet beauty of late-adolescence into melodic punk and indie-pop. Their next two albums, Powerplant and What Chaos Is Imaginary, are sonic time capsules documenting their development - " as songwriters, but also as humans, moving through the world together and separately. A few years ago, Girlpool returned full-time to their hometown of Los Angeles. Now in their mid-20s, Avery and Harmony are coming to terms with what it means to reengage with the sprawling sunburnt metropolis of their youth as adults. Unsurprisingly, they've started making songs that feel as complex and mysterious as the experiences that have shaped this tumultuous era of their lives. Enter Forgiveness, the brand new full-length Girlpool album, which finds the duo embracing weirdo-pop decadence without sacrificing the poetic curiosity that has always made their music so absorbing. Just like they did for What Chaos Is Imaginary, Harmony and Avery each wrote their Forgiveness songs separately, then came together to decide how to present them in a style that felt representative of what excites and inspires them now. This time, the process resulted in their slickest and most ambitious music to date, filled with idiosyncratic and provocative gestures that simultaneously support and complicate the emotionally intricate material. With its unique blend of introspective earworms and surreal party music, Forgiveness reaches beyond the loosely sketched parameters of "indie rock," challenging any preconceived notions of what a Girlpool album can or should be. That growth manifests beautifully on "Faultline," the new record's woozily elegant first single. Every week keeps slipping by / in this imitation paradise, Harmony sings, her voice angelic-sounding atop a loungey, vertiginous groove. "Faultline" is an effective introduction to the world of Forgiveness, and not just because it alludes to the seismically tenuous landscape that backdrops several of the album's songs. The notion of straddling a fault line feels somewhat indicative of Forgiveness on the whole. These songs investigate the always-shifting boundaries between a number of elementally human concepts: pain and pleasure, sex and love, reality and delusion, insecurity and confidence, grief and growth. "A lot of my songs on this record are about relationship dynamics where I experienced frustration and pain, and struggling to hold a lot of complexity in my emotions" Avery explains. "Writing Forgiveness helped me fit all those pieces into an acceptance: that my fate pushes me exactly where I need to go." Harmony feels similarly: "A lot of life feels like unavoidable experiences to me," she adds. "To me, Forgiveness is about accepting that concept. It's about forgiving reality for having to be exactly what it is all the time." To support their vision of a sound at the intersection of Hollywood futurism and post-grunge sincerity, Girlpool enlisted help from producer Yves Rothman (Yves Tumor, Miya Folick). While they had conversations with other potential collaborators, Rothman's genuine enthusiasm for crafting music at that crossroads - " freaky and fucked-up, but also heartfelt and grounded - " helped seal the deal. Rothman's input on Forgiveness marked the first time Harmony and Avery allowed someone all the way inside their intimate, borderline telepathic approach to song-making - " a pure partnership that has remained constant, even as the music has evolved. They all agreed on a subtle atmosphere for "See Me Now," an acoustic ballad near the end of Forgiveness. Avery, who transitioned in 2018, wrote the song about a harmful compulsion to compare himself to cis men, about sometimes feeling inadequate and paranoid. When I was young / for a girl, I was tough / now I'm figuring out / how you see me now, he sings over warm, delicate strumming. While he has sung impressionistically about similar insecurities on older Girlpool songs, this track marks the first time that he wrote about them sans ambiguity. "That was healing for me," he explains, articulating a release of unspoken energy that feels so real, so raw, so Girlpool. The aesthetic and thematic breaking points explored on Forgiveness, a collection of songs written by two distinct artists with their own minds and hearts, could have resulted in an album that felt disjointed or unfocused. In Avery and Harmony's hands, though, these fault lines generate more beauty than tension, as if in Girlpool's world the movement of tectonic plates doesn't spell disaster, but rather marks the beginning of something else, something exquisite and new. In this instance, it's signaling a major step forward for two of this generation's most accomplished chroniclers of life and love at the edge of the world.
More information 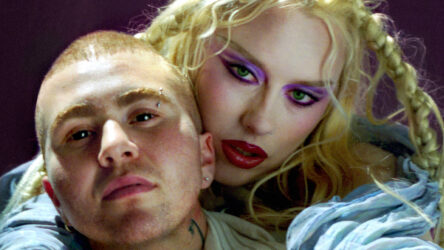 Bio Avery Tucker and Harmony Tividad have been making critically acclaimed music as Girlpool since they were high schoolers, scurrying around Los Angeles’ all-ages concert spaces and skipping class to play gigs with their friends. As their radically minimal first full-length Before The World Was B... | more...
twitter: @girlpool facebook: @GIRLPOOOL instagram: @girlpoool 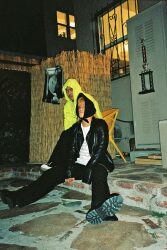 Bio Southern California-based Filipino duo Dream, Ivory — the project of brothers Christian and Louie Baello, ages 24 and 23 respectively — reject convention with a cool confidence, unafraid to push beyond the unpretentious, heartbreak dream pop that has made them a name online. On their 2016 EP, ... | more...
twitter: @dreamivorydream instagram: @dreamivorydream