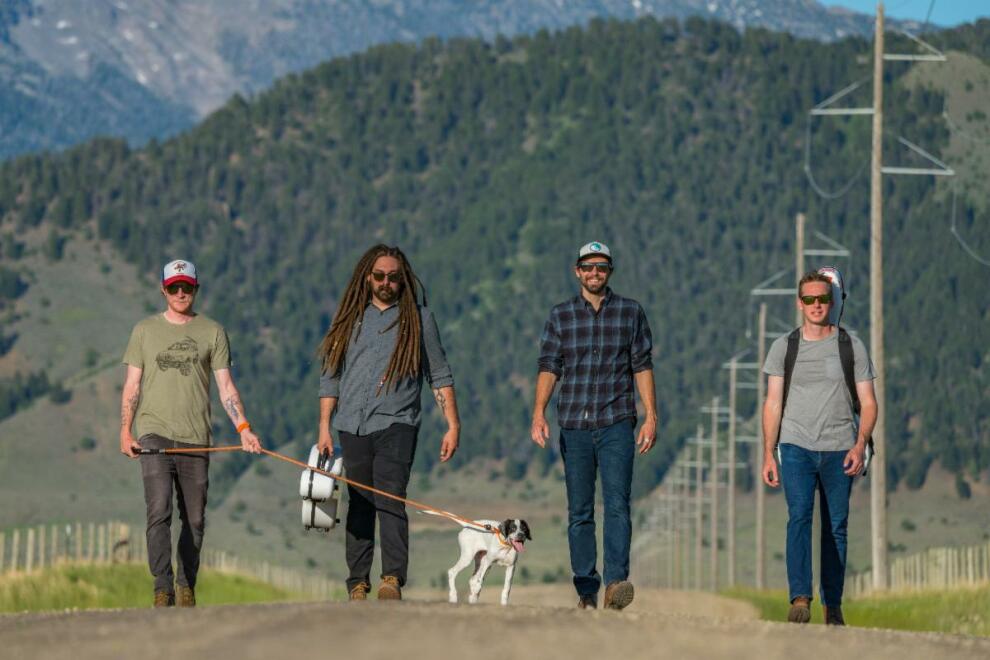 CL RECOMMENDS
CL Critic Hal Horowitz Recommends: Upstart Montana quartet Kitchen Dwellers are straight out of the talented pool of young bluegrass bands like The Infamous Stringdusters and Billy Strings that have captured the the ears of thew jam audience and created a subset genre often referred to as Grassacana. Donato’s fingers fly over the fretboard energizing his roots country, adding bits of Grateful Dead influences and covers, to his approach. — HH

Kitchen Dwellers twist bluegrass, folk, and rock through a kaleidoscope of homegrown stories, rich mythology, American west wanderlust, and psychedelic hues. The Montana quartet - "Shawn Swain [Mandolin], Torrin Daniels [banjo], Joe Funk [upright bass], and Max Davies [acoustic guitar] - "have captivated audiences at hallowed venues such as Red Rocks Amphitheatre and performed alongside everyone from Railroad Earth and Twiddle to The Infamous String Dusters in addition to playing festivals such as Northwest String Summit, WinterWonderGrass, and more. They've released two critically acclaimed albums - "Ghost In The Bottle [2017] and Muir Maid [2019] - "and a live record, Live from the Wilma [2021]. In the middle of the Global Pandemic, they broke up 2020 with an EP of Pink Floyd covers entitled Reheated, Vol. 2. It was heralded by a two-night livestream concert, Live From The Cabin, beamed out to audiences from the Bridger Mountains. Additionally, they appeared at the Live From Out There virtual festival and even took over a drive-in movie theater for an in-person gig in between regular writing sessions together throughout the year. After amassing 5 million-plus streams, selling out shows, and receiving acclaim from Huffington Post, Relix, American Songwriter, and more, the group brings audiences back to Big Sky Country on their third full-length album, Wise River, working with Cory Wong of Vulfpeck as producer.
More information