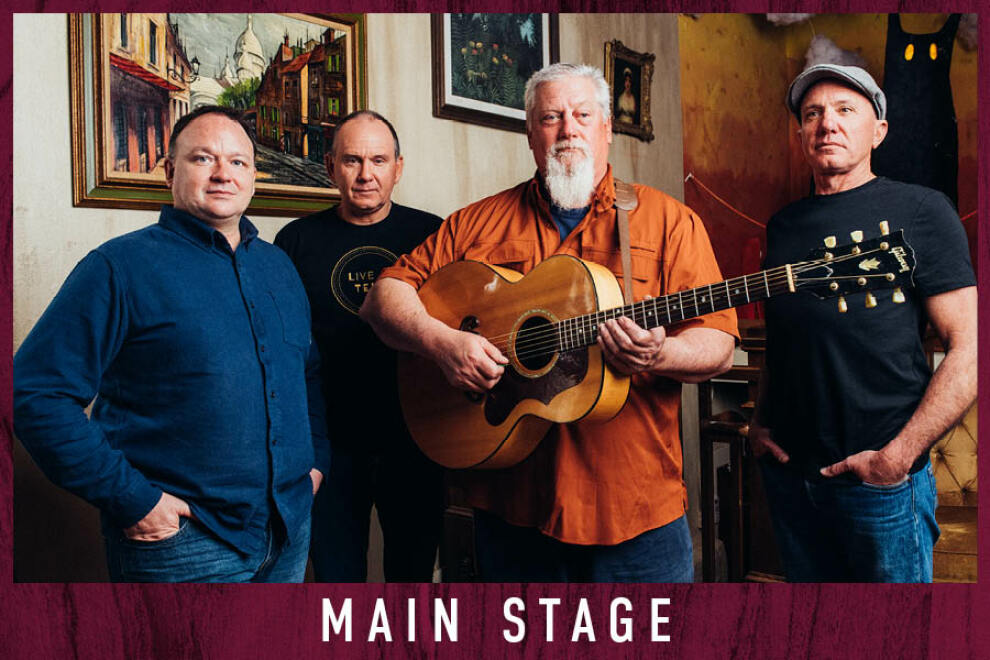 ABOUT THE SHOW The tale of the Blue Dogs begins in South Carolina, where two lifelong friends formed a band that is now revered for their feel-good original songs, upbeat shows, and an effortless blend of rock, pop and country. That story continues with Big Dreamers, their long-awaited first album in 16 years. Produced by accomplished guitarist Sadler Vaden, who's been a fan of their music since he was a teenager, the collection solidifies the Blue Dogs as one of the state's most beloved and enduring bands. Although rooted in bluegrass instrumentation, North Carolina-based ensemble Acoustic Syndicate have maintained a consistently diverse approach since their formation in the early 1990s. Led by the core trio of guitarist Steve McMurry and his cousins Bryon and Fitz McMurry on banjo and drums, respectively, the group's longtime adherence to rock sensibilities, tight songcraft, and a seemingly inherent eclecticism has helped guide their catalog in surprising directions from the lush American roots-meets-world music of 1999's Tributaries through the driving rock- and horn-driven sound of 2004's Long Way Round. Known as much for their rich harmonies as their instrumental prowess, Acoustic Syndicate earned a reputation over the years as a powerhouse live act with a penchant for improvisation. After a lengthy touring hiatus and 2013 comeback album, they returned to work in the latter half of the 2010s and signed a deal with Organic Records in late 2020.
More information