The Wormholes, Half Smile, Smyle 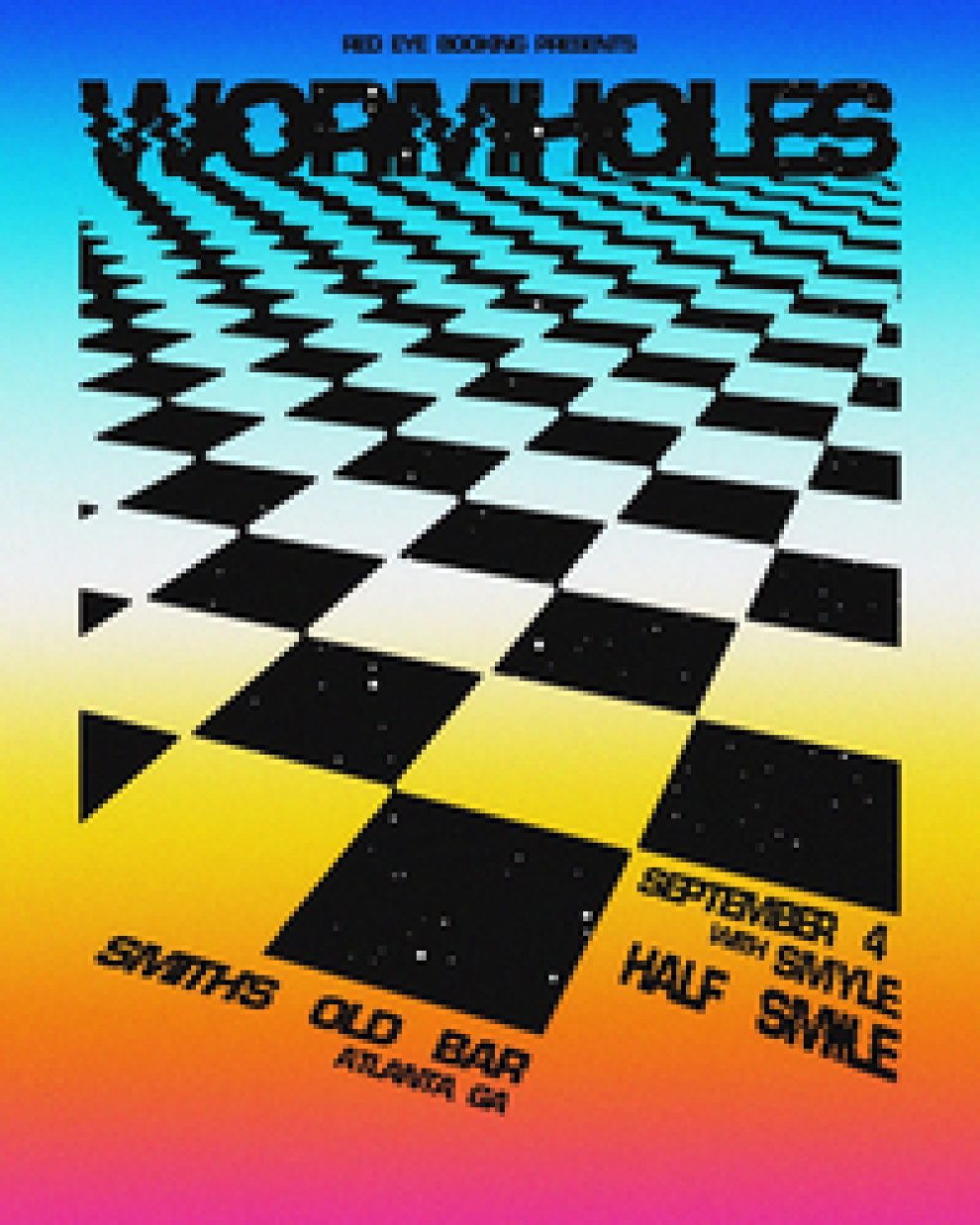 Red Eye Booking
A combination of everything weird in Rock music
Cost: $10,

“Light in the Dark” is the duo’s second full-length release.  The album is a journey through an atmospheric dreamscape, navigating the mysteries of the heart, the wild unknowns of human emotion. Vocal effects harken the sound of consciousness as if speaking to the listener from deep inside their own mind, from a deep, cavernous, rarely-touched place within.

The whole album is an exploration in dichotomies - the hard and the soft, the steady and the chaotic, both in its instrumentation and in its lyricism. Like the vulnerable emotional experiences it narrates, the album is multi-dimensional, layered, and textured, blending the light and the dark, the hard and the soft, the steady and the chaotic, expressing a full and complex range of truthsIn between producing and recording two self-released full-length albums and two EPs, the duo has solidified a reputation for replicating their unique sound with an unforgettable live performance…one that produces a wall of sound unexpected from only two humans.  Numerous tours have led them up and down the east coast, armed with extensive sonic weaponry of lush harmonies, layered synths, fuzzy guitar, and intricate percussive rhythms.