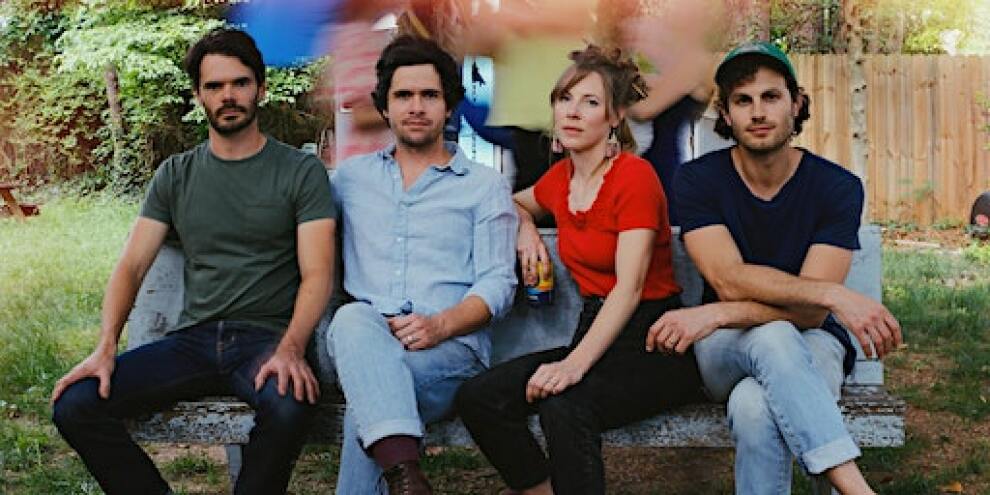 In August 2019, the four members of River Whyless - Halli Anderson, Ryan O’Keefe, Daniel Shearin and Alex McWalters - secluded themselves for thirty days deep in the hills outside Asheville, NC. Their intention was to make a record, the band’s fourth full-length effort, and first without a producer since their 2012 debut A Stone, A Leaf, An Unfound Door. Back then, that constraint was a matter of necessity. This time, it was deliberate.

Using mostly gear from Shearin’s recording studio, the band converted McWalter’s house into a multi-level homemade recording space. The basement became the control room and drum world. The main level, with its high ceilings and pine floors, was well-equipped for acoustic guitars and violin. They didn’t know yet where the vocals would be tracked. In truth, they didn’t know much except that they had the gear they needed, some time, and a collection of very rough-hewn demos they hoped could be shaped into something honest and cohesive.

Accustomed to arriving at the studio well-rehearsed, for Monoflora, Shearin, Anderson, O’Keefe and McWalters came intentionally unprepared. They wanted to capture ideas at their source, in the very moment of their creation. They would start the tape and let it roll until they could let their conscious minds forget they were recording. Then they could simply create. Arrangements were fleshed out and captured on the spot. The foundation of songs were often recorded with the singers in a room together with a guitar, writing harmonies and lyrics as they went. Many of the vocals were finished within the first few takes, or even with the scratch take. Early experimental drum ideas were slowed down and pitched-shifted to blend with a changing vision of a song.

Of course, opting for this freedom of experimentation in lieu of a well-rehearsed outfit did come with a cost. “I think we were all unpleasantly surprised by how short a month suddenly felt as soon as we started grappling with the challenge we’d created for ourselves,” O’Keefe says. There were many, long days and nights, especially for Shearin, who, by virtue of his experience in the world of recording, was wearing at least two hats at all times: that of artist and engineer. O’Keefe, Monoflora’s defacto assistant engineer, could relate. “It’s an intensely immersive and romantic experience to be wearing all the hats at once,” he says. “It’s empowering, exciting. But it’s also exhausting. We knew this, and yet…we were determined to put our years of experience to the test.”

On Monoflora the band has, in some ways, returned to its more acoustic origins, this album shed of the hard-driving, electrified and/or synthesized outwardness that propelled 2018’s Kindness, A Rebel. But while Monoflora certainly features more acoustic guitar and violin than both Kindness and 2016’s We All The Light, it would be inaccurate (or oversimple) to say that it harkens back to River Whyless’ earlier, “folksier” efforts, like 2012’s Stone and/or its eponymous 2015 EP. The arrangements on Monoflora are, in many cases, more intricate and dynamic than any of the band’s previous work, the instrumentation more eclectic and expansive, the members’ roles as individual musicians more fluid and diverse. In the end, River Whyless is proud of what they’ve made, pleased by the ways this album reflects growth, and for the ways that it seems like a culmination of all previous works.

River Whyless has graced the stages of beloved festivals such as Newport Folk Festival, Bonnaroo, and Hardly Strictly Bluegrass. They have also received critical acclaim from NPR Music, American Songwriter, and Stereogum, among many others.

Bringing a little bit of the 60s and 70s back in a way that feels modern by blending the sitar on top of vocal melodies and guitar riffs,

Nik is re-introducing the sitar into the indie rock musical palate.

Nik will be playing with Adam Shavin, both Atlanta Natives, who began playing together over a decade ago.