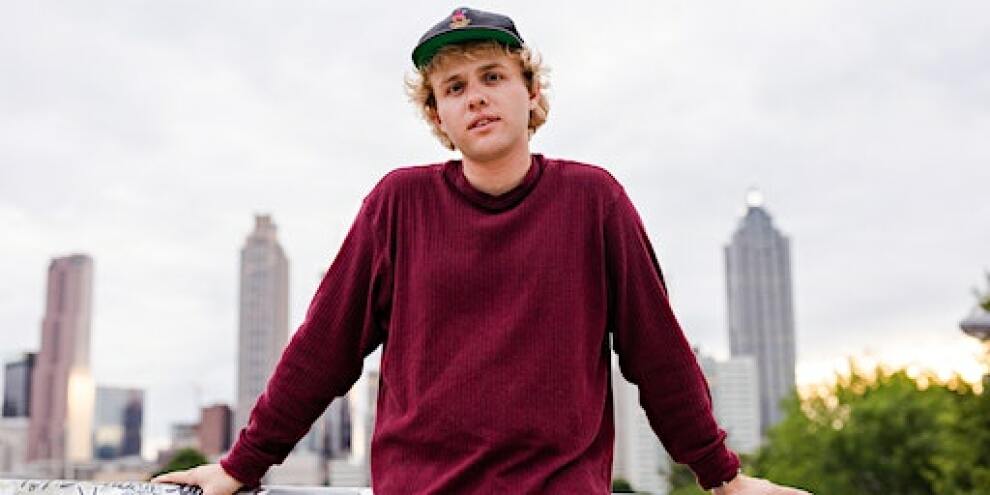 Unafraid to write about the parts of his story that scare him most, Brendan Abernathy is known for his contemplative lyrics, memorable melodies, and a captivating live performance you will feel in your soul. Creating a fresh but familiar sound combining notes of Maggie Rogers with James Taylor, John Mayer, and Ed Sheeran, Brendan awakens the dreamer in each listener.

Since August 2019, Brendan has lived out of his car, touring the US playing intimate house shows and selling out concerts across the country. In Athens and Atlanta, he has sold out the Georgia Theatre Rooftop and Eddie’s Attic, and played the Brookhaven Cherry Blossom Festival to almost 2,000 onlookers, opening for Anderson East.

Brendan has a special gift of connecting with his audiences, which has earned him great success with youthful and mature audiences alike. He has generated over 1 million streams and played almost 300 live shows, focusing on the individual and building friendships with his fans – “We all just want to be seen and loved, and I try to do that — see and love.”

2022 has already been and will continue to be the year Brendan catches steam. His forthcoming record and first LP Single and in Love was carefully crafted in Los Angeles after over a year of writing in National Parks across America. The songs bring a newly matured and polished pop sound with the same friendly storyteller.

The first single, Sober, released in November 2021 to one of the best receptions imaginable, already garnering over 50k streams – all organic from Brendan’s passionate grassroots fanbase. The second single, Pizza in July, has seen similar success, already at 30k streams, again almost all organically.

With a rapidly growing social media following eclipsing 7k followers on Instagram and over 10k on one of his TikTok accounts, it is clear listeners are connecting to Brendan’s music with a new level of passion, which has led to high-energy, singalong-filled shows across in the US this spring.

RYLY is an independent indie/pop band based in Atlanta, Georgia. The band was created by frontman Riley Smith and began as a solo project in 2016 with the release of the self-titled EP “RYLY”. The EP quickly reached #25 on the iTunes Singer/Songwriter charts. With this considerable success, Riley began to work on his album “The Infinite” in Nashville, Tennessee alongside good friend and producer Nick Hooper. “The Infinite” reached #17 on the Singer/Songwriter charts. Soon after the achievement of “The Infinite ‘’ it was decided RYLY would be a collaborative project, consisting of Smith and Hooper. The two released their first LP together titled, “Young + Naive.” The LP has reached over 500,000 streams on Spotify.

After two headlining tours in the fall of 2019 and spring of 2020, RYLY (which now consists of frontman Riley Smith, producer Nick Hooper, bass player Sam Rady, guitarists Zach Epps and Bryce Rowell, and drummer TJ Rodriguez/Gabe Balltzglier) released their first single “Figure It Out’’ as the revamped group. The song quickly reached over 100k streams in the first 3 weeks, without support from Spotify Editorial Playlists or promotions. In time, the single landed on editorial playlist “Soda” which continued to make the numbers climb; now approaching 1 million streams. Their gradual, consistent growth was coupled with the much anticipated release of their 2021 EP titled, “Till The Morning”, which has streamed over 1 million times and is still gaining new listeners! Their latest single “Skip To The Ending” and Top 5 Spotify songs have received positive reviews from indie publications and playlists, and the band is set to release their newest song “Mess In My Head” in June of 2022.

RYLY’S sound would be described as a refreshing take on 80’s influenced pop with a modern twist. RYLY has supported acts including The WLDLE, Patrick Droney, and Little Image (and more to come!)

This band sits in a category all of their own with music that moves you and lyrics that push past the surface and tell a story. They strive to make music that matters to their listeners. Don’t miss out on this on-the-rise band!