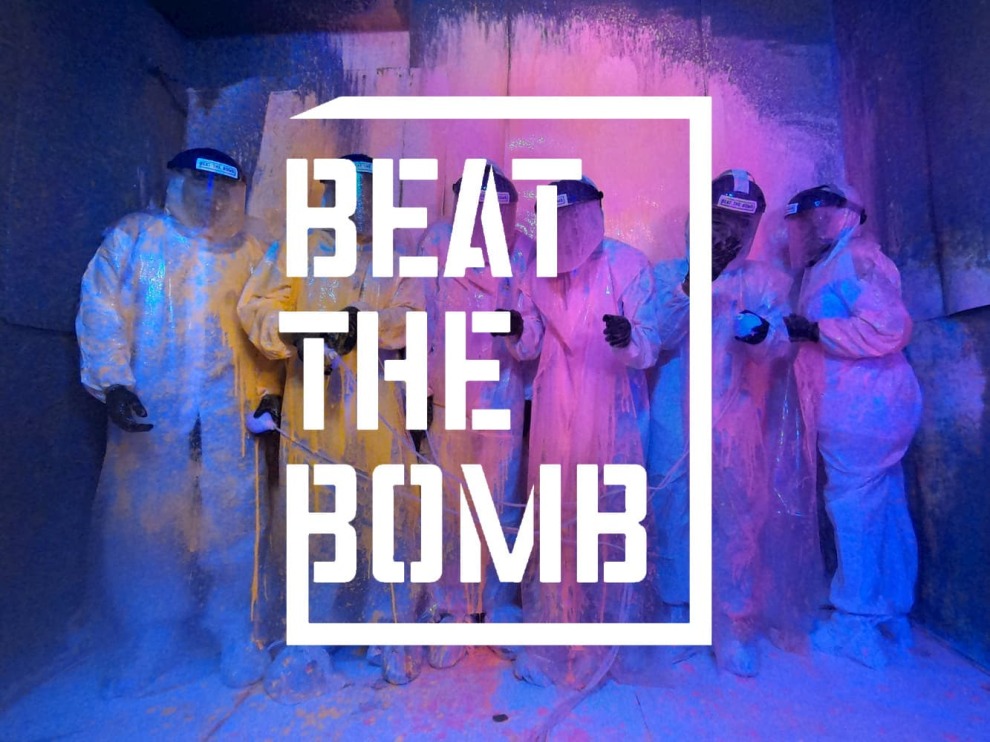 CL RECOMMENDS
CL Critic Kevin C. Madigan Recommends:Â Described as the worldâ€™s first video escape room, Beat The Bomb opens to the public on Oct. 13 as a permanent fixture in Atlanta. The hour-long adventure consists of teams of up to six players dressed in hazmat gear with the aim of disarming a giant paint bomb, or risk getting blasted by it. Players must navigate five immersive rooms, including an â€œaction-packedâ€ Laser Maze, on route to the ultimate challenge. There is also an immersive arcade lounge and food and drinks from The Bomb Bar. Company owners are touting they have â€œtaken the entertainment industry by stormâ€ with an annual growth rate of 113 percent since 2013. â€œWe are proud to be recognized as one of the leading escape games in the country,â€ they touted on Facebook, â€œbut we need to come clean about somethingâ€¦We're much more than an escape room - and better - and we can prove it.â€ â€” KCM

Choose from our 1-hour Missions, where you suit up in hazmat gear, dodge lasers, and crack codes to Beat The Bomb. Or kick back in our immersive arcade lounge, and grab drinks and a bite from The Bomb Bar. Win or lose, you'll #HaveABlast!
More information

At Beat The Bomb Atlanta