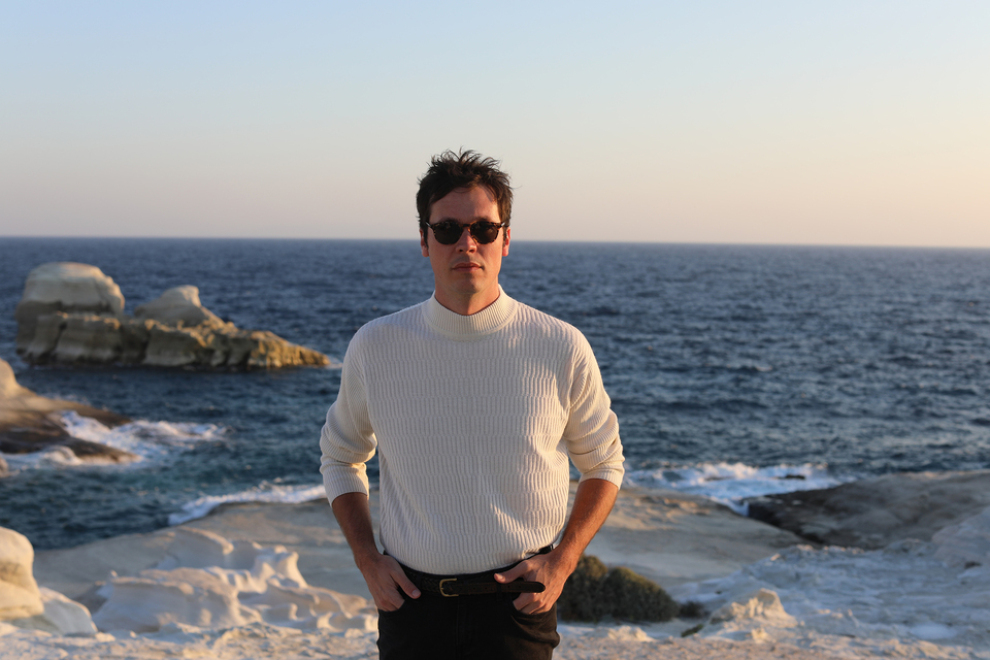 CL RECOMMENDS
CL Critic Matthew Warhol Recommends: What does a DJ set from a chillwave master consist of? I have no idea — I’m not entirely sure what a “360° DJ Set” is either — but I do know that starting your year with what will certainly be a memorable night is the recipe for a great 2023. For over a decade now, Washed Out has been the curator of good vibes. His music is perpetually stoned, an escape to sandy beaches. I can only imagine his DJing is the similarly relaxed. — MW

Boredom. Laziness. Complete apathy. Is it a quarter-life crisis or just an excuse to never grow up? This is the world that Washed Out, aka Ernest Greene, conjures up on the ambitious new visual album Mister Mellow.

For many millennials, life can be overblown and over-dramatized to the point of absurdity. Their ways of distracting themselves from the insecurities they face on a daily basis are just as absurd, from social media and fantasy to drugs and music. Mister Mellow, Washed Out's first fully immersive multimedia experience playfully guides the listener through the highs and lows of this often ridiculous struggle, and shines a light on the humor in this paradox -? how we can be so bored and unhappy in what is often a very privileged, contented life? This theme isn't entirely new to Washed Out: Greene started exploring way back in 2009 on the Life of Leisure EP; but the new visual album, which he conceived and spent two years creating, provides a fresh, modern perspective, musically and thematically.

Mister Mellow moves further away from the synthesizer-heavy sounds of the recent Washed Out releases and more band-driven sound of his work on iconic labels Sub Pop in America, and Domino in Europe. On Mister Mellow, Greene draws from the experimental collage techniques of musique concrete and plunderphonics artists such as The Residents. Combining styles as diverse as free jazz, house, hip-hop and psych together with interlude-esque voiceover samples, often pulled from anonymous YouTube vlogs, he creates a busy, chaotic, and caricaturish mix that mirrors the claustrophobic, hyper-stimulated psyche so familiar to young adults.

As Greene tells it, he and his sole collaborator, Grammy Award-winning engineer Cole MGN deliberately avoided polishing the songs: -?"My previous albums were very clean and traditional in the sense that most of the music was composed of live instrumental performances, and recorded in a way that was very high-fidelity and modern. With this album, the idea was to bring some chaos to the mix - and to try my best to make songs out of the strangest sounds and textures I could find.-?

As he continues to carve out his innovative sonic identity, influenced by the world around him but unafraid to buck trends, it's fitting that Greene has partnered with legendary hip hop label Stones Throw Records, long a home for beat-loving musical rebels. His approach to releasing music is every bit as individual, too: in an environment where compiling singles into an album format or working with a single video director are the norm, Greene has chosen to commission eleven different artists to bring the visual aspect of his fully-realised album project to life.

Integral to the Mister Mellow project is the full-length visual counterpart that utilizes almost every form of animation (collage, claymation, hand-drawn, stop-motion.) Inspired by a handmade / human feel rather than the pristine hyper-realism of purely computer generated visual art, these rich, detailed patchworks give the Washed Out compositional process its purest visual counterpart to date. Much as Greene meticulously stitches together sonic collages, his visual collaborators use collage, fabric puppetry and claymation to come up with the beautiful, unique vignettes featured in the film. Much like the music, Greene says, the visuals are -?"imperfect and distressed-?, helping to create -?"a very skewed, impressionistic view of the world.-?

On Mister Mellow, Washed Out steers clear of emotion to empathise with the minutiae of the world around him. -?"I've been much less interested in sentimentality and emotion for the past couple of years,-? says Greene, -?"In some ways, I think its a reaction against getting older and having more responsibilities. Maybe I'm just nostalgic for a time in my life where I could just relax and block out the world for a moment.-? Though Mister Mellow is an intensely personal album, its ideas and observations speak to the lived experience of so many young adults, an experience that we come to see as both funny and sad.

Take a hit and get lost June 30th.