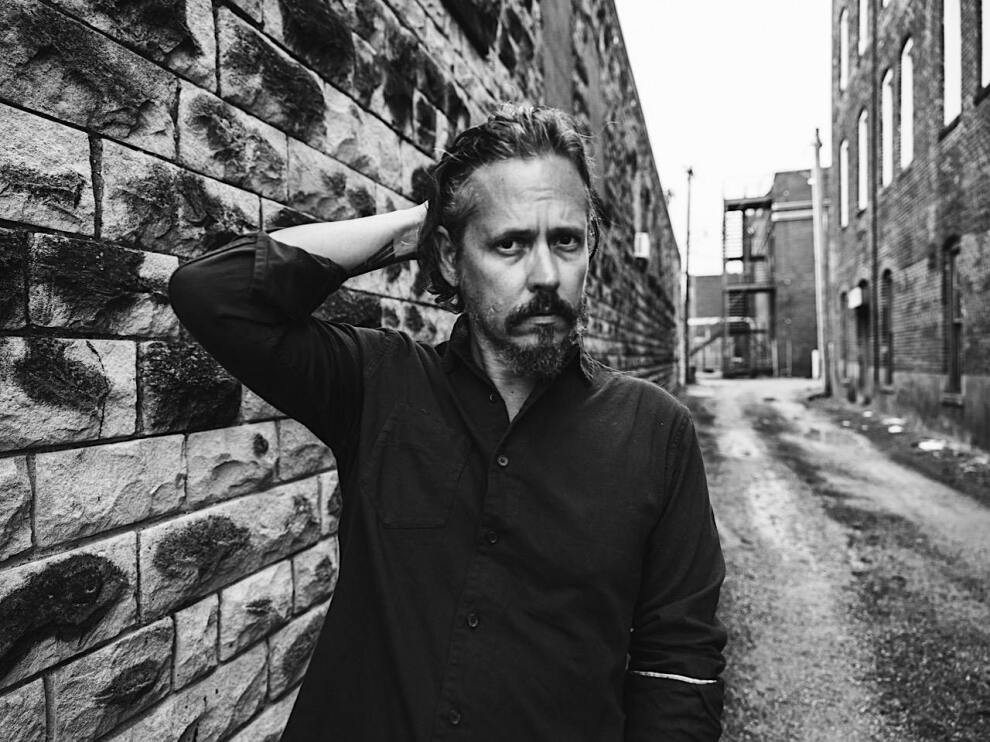 With The Hurting Kind, John Paul White has crafted a stunning album that draws on the lush, orchestrated music made in Nashville in the early 1960s. Yet these songs retain a modern feel, whether heâ€™s writing about overwhelming love, unraveling relationships, or the fading memory of a loved one.

White grew up in tiny Loretto, Tennessee, and now lives in Florence, Alabama, not far from Muscle Shoals. He has cultivated his career in Nashville for two decades, first as a songwriter for a major publisher, then as half of The Civil Wars â€“ a groundbreaking duo that won four Grammy Awards before disbanding in 2012. Because The Civil Wars were so hard to categorize, White has earned a fan base among indie rock listeners, folk audiences, Americana outlets, and AAA radio. So, what will happen if people hear The Hurting Kind and call it country? â€œWell, that doesnâ€™t scare me in the least,â€ he says. â€œAs a matter of fact, it kind of thrills me.â€

What was on your mind leading up to the sessions for The Hurting Kind? I wanted The Hurting Kind to be a much more complex record than Iâ€™ve made before. I wanted it to be a more thought-about, arranged record. I had been burying my head in â€˜countrypolitanâ€™ stuff like Jim Reeves and Patsy Cline and early Roy Orbison, and a lot of Chet Atkins and Bill Porter records. I think I was doing that because I was looking for that style of music in todayâ€™s world, and for any artist doing that type of thing. Then I decided to make the kind of record that I wanted to sit down and listen to â€“ one that Iâ€™ve been looking for and canâ€™t find.

Where did you record it?

I have a little studio next to my house called Sun Drop Sound, and this is one of the first things we recorded in it. We converted an old, turn-of-the-century home next to mine in the historic district of Florence, Alabama. It has high ceilings and big rooms. We were able to cater the space to what we wanted this record to sound like, and then captured it the way we heard it in our heads. It was a lot of work and a lot of head-scratching at times, too, because of the complexity of the songs.

What makes the songwriting on The Hurting Kind different from your past work?

I approached this album differently on the songwriting side before I ever got into the studio. I really wanted there to be a torch song quality to it, the classic, timeless quality. To not be afraid of the big note, and not be afraid of the drama. A lot of times, without even thinking about it, I pull back the reins, especially when the lyric is pretty sad. When the lyric is pretty heavy, Iâ€™m a little more careful about taking it too far. After conversations with people Iâ€™ve met on the road â€“ talking to them about songs that Iâ€™ve written and how they say my songs have helped them â€“ I felt like I could say what I wanted to say on this record. And not worry that it was too maudlin or too heavy-handed. I thought, â€œIâ€™m just going to go there.â€

So I had this idea. My publisher, BMG, had been very kind and patient waiting for songs from me. I knew I wanted to write some new songs and I thought, â€œYou know what? Iâ€™m going to use their Rolodex and find my heroes and see what theyâ€™re doing. See if theyâ€™re still writing songs â€“ and see if theyâ€™re willing to write songs with me.â€ One of the first phone numbers I got was for Whisperinâ€™ Bill Anderson. Heâ€™s a huge hero of mine. He has this boundless energy, this excitement! It was inspiring to see his eyes light up when a great line would come out or a melody would happen. I just ate it up and fed off it.

Why was it important for you to seek out those classic writers?

It played into the type of record I wanted to make. Bill is definitely from that era â€“ writing and recording songs like â€œThe Tips of My Fingersâ€ and â€œStillâ€ â€“ and for me itâ€™s canon. I thought, â€œWell, if heâ€™ll answer the phone, letâ€™s see who else will.â€ So I called Bobby Braddock and he was up for it. He told me a million amazing stories about writing songs like â€œHe Stopped Loving Her Todayâ€ and â€œD-I-V-O-R-C-Eâ€ and â€œGolden Ring,â€ but also his time playing piano with Marty Robbins. It was the best! We wrote a song in maybe an hour.

It was so rewarding in other ways, too, because I got immediate feedback from them on whether I was writing country classic songs or not. I told them right off the bat, I really want to make a record that isnâ€™t dated. I donâ€™t want it to be retro. I donâ€™t want to make it sound sonically like those classic records, but I do want it to have that same aesthetic. I do want it to have that same thought process and to be as deliberate as those records were. Coming out of each and every one of these situations, I got a resounding thumbs-up that I was on that right track. I didnâ€™t need anybody elseâ€™s approval after that.

You built a sizable international audience with The Civil Wars. What do you hope those fans will hear in The Hurting Kind?

Iâ€™ve always had the same mentality with everything Iâ€™ve been a part of â€“ just writing something that moves me. If it moves me, then I think it will move others. Then weâ€™ll try to get the subject matter down to a specific moment in time and really dissect that moment instead of trying to write an epic. To get at the heart of something thatâ€™s bothering me, or makes me happy, or confuses me â€“ I feel like Iâ€™m still doing that same thing. At the heart of all this, itâ€™s me and a guitar. There are other things going on, but at the heart of it, itâ€™s really about the song, more than anything else. Thatâ€™s always been the case, with my solo stuff, or with the Civil Wars, or with anything that Iâ€™ve written for the Nashville market. The core is always the most important part.

What made you choose â€œThe Hurting Kindâ€ as the title track for this album?

I titled this album The Hurting Kind because these are typically the types of emotions and ideas and songs that I deal in. The things that consistently come to the front of my brain every time I sit down to write a song. Every time that I listen to records, the songs that I gravitate toward are the hurting kind. Those are the emotions that I think are the most powerful. Theyâ€™re the ones that are the most lasting. They cut deeper and they stay with us.