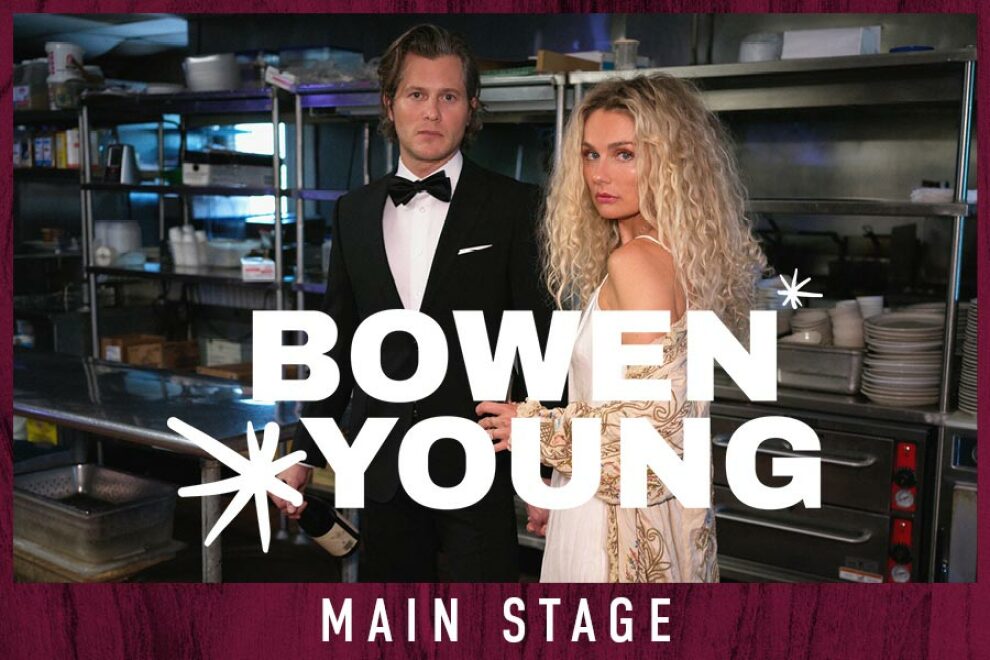 ABOUT THE SHOW
With haunting and ethereal songs that masterfully delve into the depths of ferocious love, heartbreaking loss and steadfast hope, the debut album, Dangerous Love, by new duo Bowen Young unveils a unique style of music the couple has dubbed "Cinematic Americana."?

Clare, the charismatic actress who played Scarlett O'Connor in the popular show Nashville, is known as a ray of sunshine around the world. She is an empath who leads with her heart, able to communicate and translate emotions whether on stage or screen.

Born in rural Australia, she moved to Music City in 2012 for the Nashville role and immediately earned respect from the city's musical leaders. She has performed with artists such as Vince Gill, Zac Brown Band, working with Grammy Award winning producers/songwriters T-Bone Burnett, Colin Linden and Buddy Miller, who became her mentors.

Brandon, who began singing at age five under the gentle guidance of his mother, had a very different upbringing and path to Nashville. In 2000, he moved from Enfield, CT, to Nashville, where he taught himself to play guitar. He worked as a courier during the day and spent his nights filling empty composition books with song after song. He spent a decade touring with music legend John Hiatt, first as percussionist and background vocalist and eventually becoming one third of The John Hiatt Trio.