Heather Luttrell and the Possumden 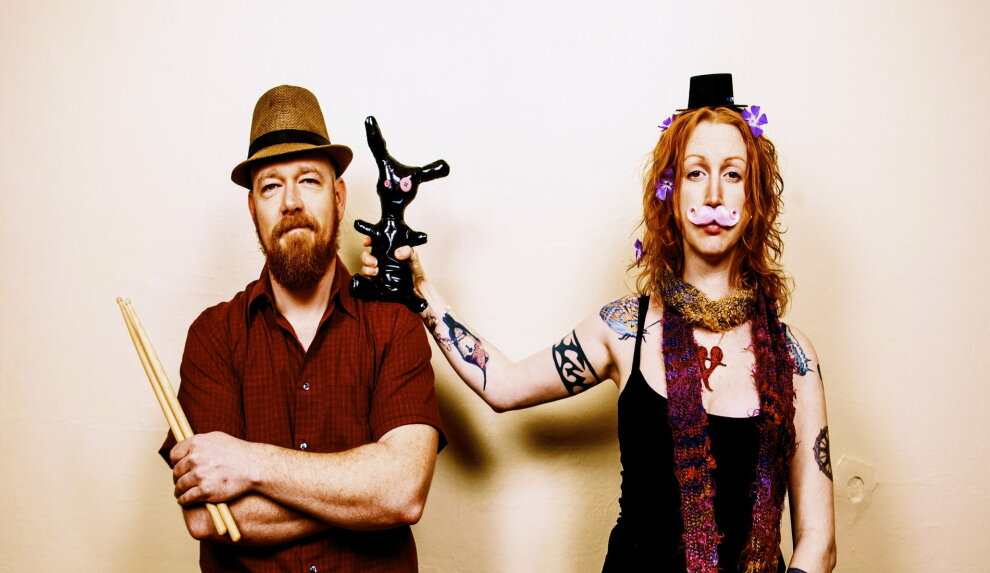 Heather Luttrell and the Possumden have been peddlin’ their whiskey-soaked traveling show of Blues and Americana up and down the East Coast tirelessly for the past 10 years, gaining fans, notoriety and a few speeding tickets. With four part harmonies, acoustic guitar, resonator, bass, banjo, drums and kazoo, the band brings a big sound, often surprising venues and fans with the large powerful voice that comes tearing out of Heather’s wiry tattooed frame like a freight train. The witty lyrics of a story teller and the voice of a gospel queen gained Heather the nickname Possumdiva. While Heather was laid up with a hurt back in 2014, she decided to learn the banjo — her latest CD, Boatpaddle, is the result. Sharing stages with everyone from Lynyrd Skynyrd to Ani Difranco, playing dive bars and concert halls, Heather Luttrell and the Possumden are coming to a town near you, so grab a glass and pour yourself a strong one. Sit back and enjoy the show.