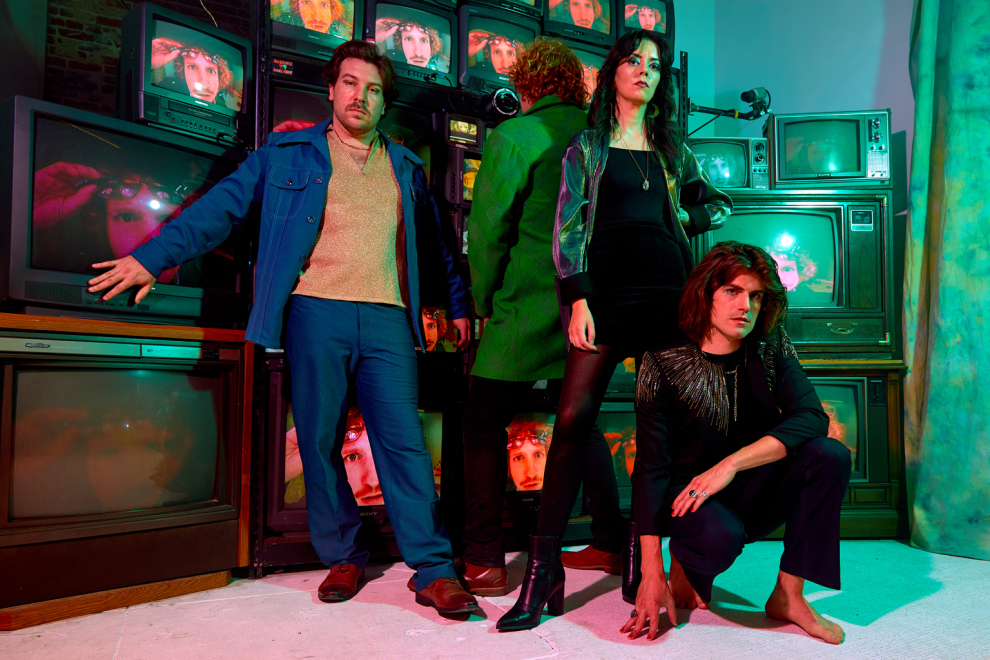 Spaceface is a self described â€œRetro Futurist Dream Rockâ€ (but you can call them psychedelic-pop) band from Memphis, TN and Los Angeles, CA, active since 2012Â  and including members of The Flaming Lips and Pierced. Always eavesdropping on the Universe whispering its chaotic will, the groovy bunch harnesses the transcendent pulse of the spacetime continuum into catchy songs that whirl and twirl, bend and stretch, attract and propel. Their unique alloy of dream-pop, funk rock and post-disco, charged by the Sun, ultimately shines way past our collective bedtime, akin to a glow-in-the-dark Slime Science Lab kit. The psych outfit are now announcing Anemoia, a second full-length album that should please fans of Beck, Tame Impala and MGMT. The forthcoming long play is scheduled for release on January 28th, 2022 via Montreal-based Mothland.Â
Over the course of eight years, the collective has toured all over the United States, as well as Canada, with stops at international festivals such as SXSW, Desert Daze, Canadian Music Week, Treefort Music Fest, Hangout Music Festival, God Save The Queen City and Distorsion Psych Fest. Always equipped with a state of the art, self made light-show & crowd participating antics sometimes accompanied by weirdish stage props and/or gadgets, the ever-evolving American act provides their dedicated following with thrill-inducing D.I.Y. performances that only get crazier as they perfect their experimental craft.
The project's founding members include Jake Ingalls (formaerly of The Flaming Lips), Matt Strong, Eric Martin, and Daniel Quinlan, but the lead research team recently enrolled Los Angeles-based musical mind, Katie Pierce from Pierced, with whom sonic experiments continue. Ultimately, Spacefaceâ€™s goal is to acknowledge the blurred pain that lurks in the corners of oneâ€™s vision on a day-to-day basis while providing a brief escape for anyone who needs or desires it. In light of years of thorough research (or a dream to that effect) that have confirmed music, as an artform, to be a potent medicine for both your mind and your feet, the psych rockers abide.