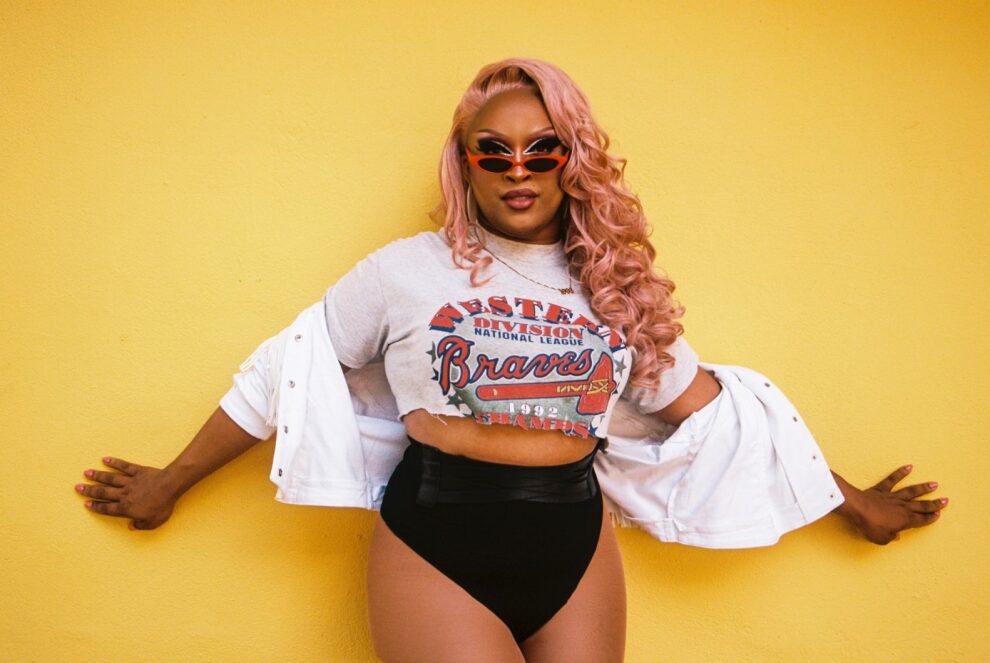 Bio
TAYLOR ALXNDR (they/she) is a DIY musician, drag performer, and community organizer based in Atlanta, GA. Raised in the rural edges of the metro area, ALXNDR has been creating in and captivating Atlanta and beyond since 2011.
ALXNDR is the co-founder and current executive director of Southern Fried Queer Pride (SFQP), an Atlanta-based non-profit organization empowering Black queer and QTPOC centered communities in the South through the arts. They are also the mother of the House of ALXNDR, an Atlanta-based drag family and events hub, creating drag-centered, inclusive events.
Getting her start performing at dive bars in the local Atlanta subversive queer drag scene, ALXNDR broke through in 2017 with her debut single “Nightwork”, an ode to the underbelly of nightlife. She followed it with her debut EP, Noise, later that year.
In 2018, ALXNDR released her debut album Hologram. An observation of social media, technology, and communication set to dance-floor ready synth-pop with 80s flourishes, Hologram received critical acclaim. Bandcamp called it “multifaceted, personal pop, designed for community healing but free of grating platitudes. Hologram is a lovely record, streetlamp-shimmery and radiator-warm, a reminder of the power of interpersonal thoughtfulness and kindness in marginalized communities, and a necessity for these bleak times.” Hologram was listed as one of the top 10 albums to come from Atlanta in 2018 (#10).
On Friday, September 11th, ALXNDR will release her new album 1993. You can pre-order it here.
Writing, producing, and creative directing all of her music and content, ALXNDR’s DIY approach to her craft is born out of a need for honesty and an appreciation of the art form. ALXNDR’s live shows are a mixture of her interactive and improvisational background in drag, interest in video projection, and a foundational belief that music can make you think and dance. This has led her to perform with Charli XCX, King Princess, Junglepussy, Mr Twin Sister, Sateen, & more.
TAYLOR’s work has been featured in Vice, Forbes, Out Magazine, Vogue, them., and more. Bandcamp called them an “underground drag icon”. They were voted as Atlanta’s Best Drag Queen & Best LGBTQ Performer in 2019.