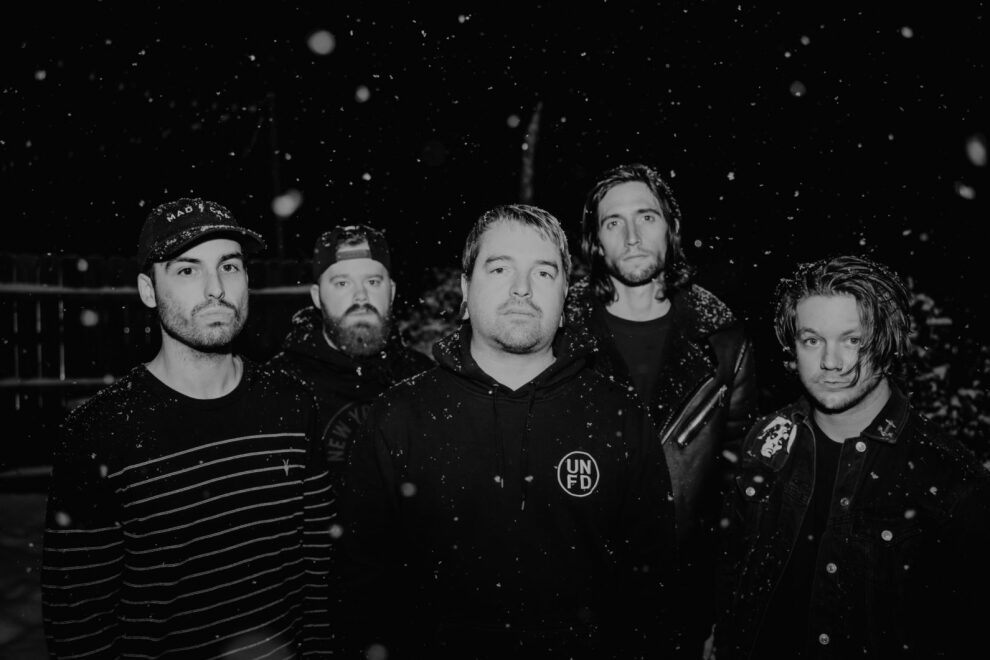 Bio
There has never been a more personally raw and compelling LIMBS release than their forthcoming EP Coma Year.

Wrapped up in its seven tracks are many of vocalist Austin McAuley’s most gripping insecurities, fears, traumas, and pain points. Where each song acts like the exorcising of a demon in his life – from battles with loss and grief through to dread around his own mortality – Coma Year offers an unreserved glimpse into the depths of his sufferings.

“I have absolutely poured myself out into this EP lyrically. It’s been a form of therapy for me to write these songs and get things off my chest,” he says. “I lost my father in 2015 and as much as I’ve been doing my best to get by over the years, as soon as the pandemic hit it felt like I was reliving all of those feelings all over again and losing everything important to me. It amplified those feelings I’d tried to bury.”

Tracks like ‘Vertigo’ and ‘Coma Year’ speak of the sheer torment of losing his father, meanwhile lead single ‘Spirit Breaker’ finds Austin grappling with the unrelenting presence of grief in his life, climaxing in the gut-wrenching lyric “…it’s just the cycle of loss stuck on repeat again.”

Specifically, ‘Spirit Breaker’ courses through Austin’s final conversation with a close childhood friend before his passing due to an overdose. Darting between both the perspectives of him and his friend, the track’s lyrics spiral between paranoia, hurt, guilt and regret.
“This was definitely the most difficult track to bring to life because of the heaviness it carries,” he shares. “Its lyrics are a look inward to the personal loss I can’t seem to escape. From my friend, my father, grandparents and even pets, it’s a looming feeling that I can’t shake off. I’m always worried about what’s going to come next and it fuels my anxiety to an uncontrollable degree.”

The title Coma Year refers to the coma-like state Austin fell into in the aftermath of losing his father, and which has carried as he’s navigated multiple bouts of loss thereafter. It speaks to the numbness and excruciating pain of losing a loved one, the dizzied confusion of how to even go about your day in the fallout, and how loss accentuates what a truly finite existence it is we all lead.

While Coma Year is the reopening of old wounds, it is also the vessel for Austin’s journey dissecting and overcoming these. In his words: “Being on the other side and having this EP is a testament to being able to heal and grow.”

LIMBS’ live environment is an echo chamber for this level of vulnerability. This is a band that commits to building bridges between the stage and punter – a LIMBS show is a collective shared experience for both band and fan to vent and connect.

With recent support slots including Beartooth, Motionless In White and Being As An Ocean under their belt, LIMBS are showing no signs of slowing their momentum. Indeed, the music on Coma Year (produced by Currents’ Chris Wiseman and mixed by Beartooth’s Caleb Shomo) exemplifies this energy – thick, fast and textured, it delivers big choruses that stick and ambient verses that sweep you up.

While of course on a granular level Coma Year is pertinent to Austin’s lived experience, it should be noted that its themes pierce through the whole LIMBS collective and will no doubt pierce through and resonate with listeners too.

“Even if (these stories) are not their experience in a literal sense, I think listeners will connect to the total honesty and vulnerability we’ve put on the table,” guitarist Jordan Hunter shares. “These are the insecurities and traumas we face on a day-to-day basis, and we’ve learnt that the only way you ever overcome something is bringing it to the forefront and tackling it. And that’s exactly what these lyrics do.”
“I just want them to know that you’re never truly alone,” Austin closes in reflection of anyone that crosses Coma Year’s path. “If you’re struggling with anything, if the words in this song hit you in a specific way, talk to me, reach out to your loved ones. I want this EP to be a siren or a beacon for people to hear and realise that they’re not the only one in a dark place.”