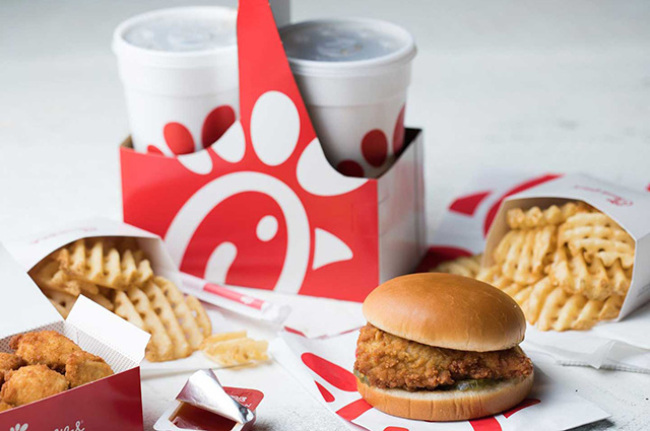 PHOTO CREDIT: Courtesy Chick-fil-A
Call: or visit www.chick
Chick-fil-A's was founded in 1967 by local restaurateur Truett Cathy. Cathy was operating a restaurant in Hapeville called the Dwarf House and perfected a great chicken sandwich. Cathy then started franchising his concept and there are over 2,500 Chick-fil-A's. Truett Cathy died in 2014 and his son Dan Cathy runs the company. Chick-fil-A has had some controversy over donations by the Cathy family to far right organizations that derive from the Southern Baptist faith of its founders. Atlantans that are fans of the chain note that Chick-fil-A has a diverse workforce and franchise ownership.