ATLANTA UNTRAPPED: Separating the art from the artist

Are we obligated to praise someone for getting one thing right if they?۪ve gotten something else terribly wrong? 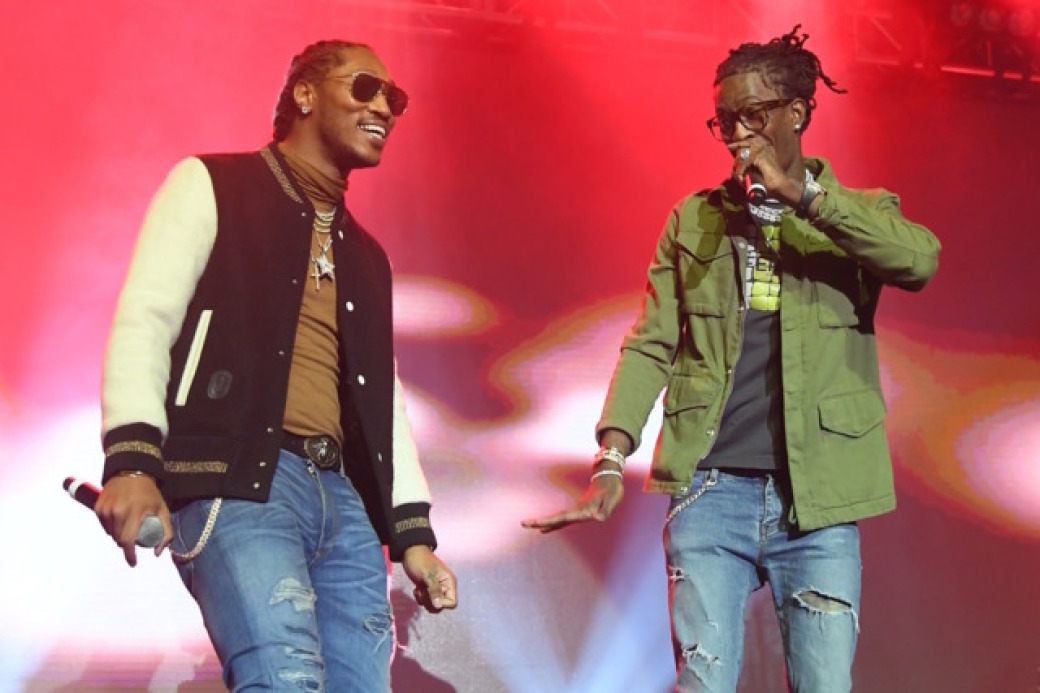 Whether it's the Harvey Weinstein scandal, allegations of sexual misconduct and abuse aimed at R. Kelly, or companies such as Uber facing sexual harassment claims, women are mistreated everywhere. I didn't start thinking about misogyny and sexual assault after the #MeToo hashtag started trending. I'm a woman. Society reminds me of these things every day, but lately, it has consumed me.

I have struggled with Young Thug's music since he called two working black women "peasants' and "ants' and referred to their hair as "nappy' in a video at the airport last year. By the time he wrote "Bitch U Gon Die On God' in response to a tweet in which his ex-girlfriend declared she was "back on the market,' I wasn't surprised that he thought it was an appropriate comment.

Still, when he released a surprise project with fellow Atlanta rapper Future, I listened. Super Slimey is a solid effort from two prolific artists. From the moment "No Cap' opens the album, it's clear that fans benefit from these titans who have competed for years sometimes friendly, other times leading to outright beef joining forces. "Patek Water' features Migos rapper Offset, and braggadocios verses from both Thug and Future. But Super Slimey isn't their strongest work, which begs a question: Is it OK to ignore an artist's controversies because they're setting trends and making hits?

I've been side-eying Young Thug since he delivered the line: "If she ain't a virgin, then the bitch is only average' in 2013's "Danny Glover.' He isn't the first rapper to be sexist and problematic, but the "Danny Glover' hook is undeniable. I pushed my concerns aside and sang along. Such is the life of any woman who's a rap fan. But where's the limit?

As a black woman it matters to me that Kodak Black has been accused of sexual assault and stereotypes dark skinned women, labeling them more aggressive than women of fairer skins. When Rick Ross says he won't sign a woman to his label because he'll feel entitled to sex, it is alarming. It is the kind of thinking that landed Weinstein in the position he is in today. This type of thinking has traumatized countless women. It is not funny. It is not harmless.

I don't boycott every problematic artist. I believe in redemption. But things will change only if people decide what they're willing to tolerate and stand firm in that.

Eminem releases an anti-Trump freestyle, showing support for Colin Kaepernick and everyone cheers. To be fair, it's a great freestyle. But does that negate the homophobia and violence against women he has displayed in songs such as "Shady CXVPHER?" In the song, he raps: "I may fight for gay rights, especially if that dyke is more of a knockout than Janay Rice/Play nice? Bitch I'll punch Lana Del Rey right in the face twice, like Ray Rice in broad daylight in the plain sight of the elevator surveillance."

Are we obligated to praise someone for getting one thing right if they've gotten something else terribly wrong?

XXXTentacion hasn't released one song that interests me. But I've witnessed countless debates over whether or not his talent should be overshadowed by allegations of abuse made by his ex, or statements such as "Everybody that called me a domestic abuser, I'm finna domestically abuse y'all little sister pussy from the back."

Billboard recently published an article featuring many anonymous music executives who believe fans should separate an artist's personal controversies from their art. But this is as problematic as the idea that athletes should stick to sports. Art is political and deeply personal. As a woman and a rap fan, I'm still trying to figure out where the line is for me.

Run the Jewels will perform during halftime and after the Atlanta Hawks take on the Denver Nuggets Oct. 27. Tickets start at $23, and come with a $10 food and drink voucher.

Atlanta rapper K Camp celebrates the release of his Slum Lords 2 mixtape Nov. 1 with a show at Aisle 5. Tickets are $15.