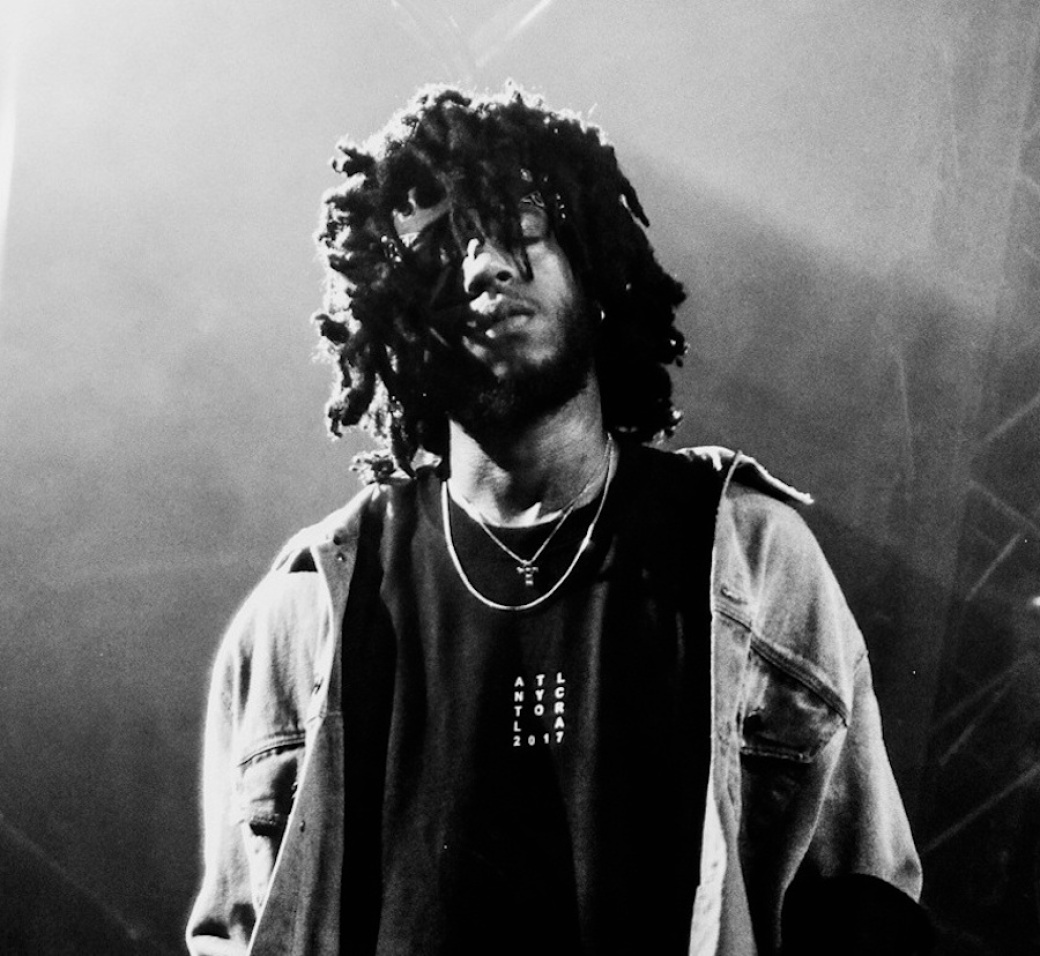 I’ve been a fan of 6lack’s work since meeting him and hearing Free 6lack in 2016, but I missed his two sold-out shows at the Tabernacle and didn’t get to see him open up for the Weekend in 2017. I made a vow to catch his next Atlanta show, but took pause when I found out he was opening for Chris Brown on the “Heartbreak on a Full Moon” Tour.

In the era of fans trying to separate the art from the artist, I haven’t struggled much with the decision when it comes to Brown. For me, he stopped making music I was interested in years ago. I’m not sure I’d be much of a fan even if he didn’t have a volatile personal history, which includes an arrest this week for felony battery warrant in Florida. I was adamant about not going to the July 3 show at Cellairis Amphitheatre at Lakewood. However, after an editor and a friend asked me to attend, I decided to go just to check out the opening acts.

Sitting in the lawn at Lakewood, I reflected on the sheer number of people who are affected by a protest of one man’s actions. Jacquees, Rich the Kid, and H.E.R. were also among the list of opening acts for the concert, with the latter performing the most memorable set. In addition to releasing one of my favorite R&B albums of the last year, 2017’s self-titled release for RCA, H.E.R.’s Gabriella “Gabi” Wilson put on an intriguing show, leaning on her own presence, rather than background dancers and an elaborate set. She played the keyboard, acoustic and electric guitars, and delivered impressive vocals as the crowd sang along to her most popular songs. This was no-doubt a great moment for H.E.R., showcasing Wilson’s talents to a group of fans that might not have paid to see her solo shows.

6lack’s performance on Tuesday night was strong, but it certainly wasn’t my favorite set of his. The crowd wasn’t into it and I preferred his more intimate set at Terminal West earlier in his career. Throughout his set, 6lack kept the arrangements of songs such as “Never Know” and “Cutting Ties” true to the studio versions with the help of a live band. The crowd was the most engaged during the singer’s performance of his breakout single “PRBLMS” and “Ex Calling.”

During the show I met a teenager who travelled from South Carolina to meet him. In a video from a meet and greet, she’s hysterical as 6lack tries to calm her down. It made me remember that all recent discussion of fandom, whether about the unwavering support the late rapper XXXTentacion received or the threats Nicki Minaj’s fans have sent her critics, centers around these young, impressionable fans. Sure, some of these fans are adults, but a lot of them are teenagers clinging to a connection with artists who make them feel seen. As a society, we’re creating a world where these teen fans feel free to value that over actual human experiences.

Like me, 6lack’s teenage fan from South Carolina left the venue less than five minutes into Brown’s set, although perhaps she didn’t do so in protest of Brown. Maybe she just wanted to get an early start on heading back home. As a reporter, I didn’t pay any money to see the show, but the experience made me wonder how much we can judge all of those who did. I watch the Starz drama “Power,” despite the show being attached to problematic executive producer 50 Cent, because I’m still grappling with the want to support the show’s actors in spite of the rapper’s involvement.

In the critically acclaimed Netflix special “Nanette,” Hannah Gadsby questions whether we can separate the art from the artist, reflecting on famous men from Picasso to Harvey Weinstein. She concludes that no art is more important than human suffering, and I wholeheartedly agree with her. I believe we have to dismantle this system which created misogyny and allows its perpetrators to flourish. But we have to be aware of the fact that there will be collateral damage.