One year since Senate Bill 85 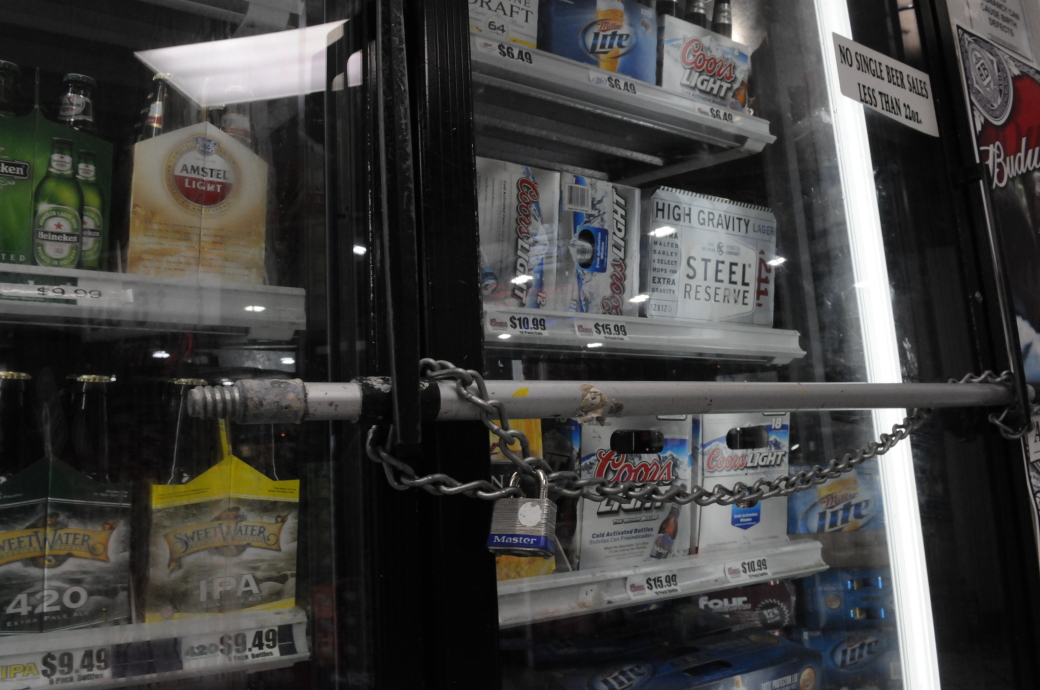 Photo credit: CL File/ Joeff Davis
BREAK THE CHAINS: It’s been a full year since Georgia breweries gained the right to operate like every other brewery in the country.
By Alex Patton Thursday August 30, 2018 05:15 pm EDT

One year ago, Gov. Nathan Deal passed the long-awaited Senate Bill 85, which allowed Georgia’s craft beer brewers to maximize both their profits and creativity. Brewers, distributors, and consumers alike celebrated the huge step forward in Georgia alcohol regulation. A year later, the state is on its way to catching up with every other state in the country, where laws like SB 85 have been on the books for years.

In technical terms, SB 85 allows breweries and brewpubs to sell up to 3,000 barrels per year of beer, including beer consumed on-premises and up to a case purchased for off-site consumption. The bill’s language defines one barrel of beer as 31 gallons, and one case as a box or receptacle containing not more than 288 ounces of malt beverages on average. That means that breweries previously restricted to production and tours are now allowed to function more like bars and community hubs to serve the freshest beer possible, purchased directly from the brewers.

Of course, it should be said that it was possible to drink at breweries before the bill passed, and some consumers might even say that it was actually easier to do so before. Previous legislation allowed for tasting of beer on-site, but only as part of a tour of the facility. A tour typically cost around $10 and came with six drink tickets, which meant six pours varying in size, and additional tickets costing around $2 each. The truth was that you could get absolutely sloshed at some breweries on the cheap, especially when bartenders were pouring way more beer than they were legally supposed to.

Previously, brewers were required to sell to middleman distributor companies, who would in turn sell the product to bottle shops and restaurants. This “three-tier” system made beer more expensive for the consumer, since brewers had to sell beer to distributors at an increased price in order to profit. It also limited the brewers’ incentive to create small batches of experimental brews, since they needed the safety of core beers that they knew would sell in retail.

At $4-$7 for 8-10 ounces of beer, consumers now pay more for less at breweries, but at least purchases are legitimate and all the money is going to directly to the producer. Since breweries now make exponentially more profit from on-site sales, they are free to experiment mad scientist-style with small-batch brews for limited and brewery-only releases, which is why a relentless pattern of new beers rolled out practically every week in the last year. Now, it’s financially worth it to the brewer to create something new, even if it turns out gross and ends up down the drain, never to be spoken of again. This happens far more often than the average consumer is aware of, because they are only served the best of the best.
But make no mistake, SB 85 was not revolutionary — it was one more step toward catching up with the other 49 states, where brewers have been free to profit from onsite sales for years, and even have fewer restrictions on alcohol content and the brewing process.

“Georgia currently ranks 50th — dead last — in breweries per capita,” says Nancy Palmer, executive director of the Georgia Craft Brewers Guild. “Since SB 85 went into effect, we've had 13 new breweries open, created over 300 new jobs, and made nearly $30 million in direct investment in the building and expansion of brewing facilities. Based on the population of Georgia, we could easily manage three to four times as many breweries as we currently have, and the Guild is tracking about 170 in planning.”

The Georgia Craft Brewers Guild has worked to support local breweries and lobby for legislative progress since its founding in 2010. Earlier this year, Palmer became the first woman to receive the Brewers’ Association’s F.X. Matt Defense of the Industry Award for her efforts to lobby for legislation like SB 85.

“The tasting room law was a major focus of the Guild's for several years, and we couldn't be happier that we're delivering on the jobs and tax revenue we promised we could create,” Palmer says. “Consumers from other states are familiar with the idea of a brewery experience being an every day, every week experience, while Georgians have long treated visiting a brewery as a special or unusual occasion. With this new law in place, I think we'll see most new breweries focus on tasting room sales and brewery experiences with less focus on sales through traditional retailers."

Republican Georgia State Sen. Chuck Hufstetler, the former owner of a local brewpub, was one of six sponsors of SB 85.

“It was just about impossible for a brewpub to survive before the law change,” Hufstetler says. “When I was looking at the laws in the 1990s, the wholesalers in Georgia were the strongest politically in the nation. All sides of the industry worry about the impact to them personally, but monopolies in distribution are never good for the consumer, and I hope that a free market will eventually happen in Georgia.”

In the future, county governments in Georgia will vote on a referendum to allow restaurants to begin selling alcohol earlier than 12:30 p.m. on Sunday. Senate Bill 17, “the brunch bill,” would allow alcohol sales starting 11 a.m. in those counties. That is, if it’s passed this November.

The Georgia Restaurant Association estimates that 4,000 restaurants in Georgia would generate an extra $480.77 from Sunday brunch alcohol sales each, which is $25,000 per year. Multiplied by about 4,000 restaurants, that’s $100 million in revenue and $11 million in state taxes. That’s a lot of loot for Sunday mimosas, Bloody Mary’s, and breakfast beers, so we won’t judge you for indulging.

Georgia was tied with Mississippi for the title of worst state in the U.S. for craft brewing until the Magnolia State passed a similar direct-sales bill in late 2016 — almost a full year before Georgia passed SB 85. That means Georgia is still the worst, but at least we are taking the right steps to get better.