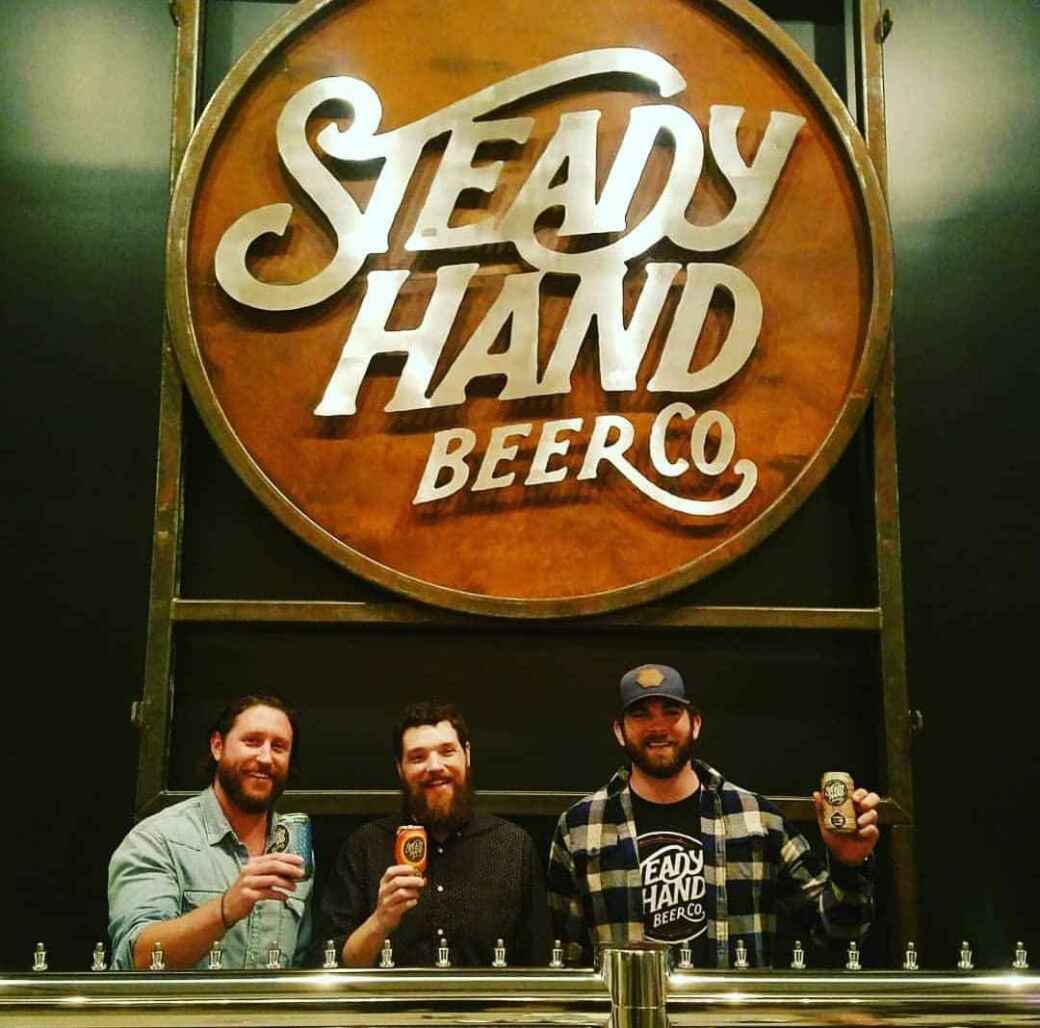 After months of anticipation, Steady Hand Beer Co. is set to open a brick-and-mortar location in late-February or early-March. The brewery and taproom will join a cluster of successful breweries in Upper Westside Atlanta, including Second Self Beer Company and Urban Tree Cidery, as well as several popular entertainment and food destinations like Topgolf and Bacchanalia.

Co-founded by two brothers from the midwest, Brewmaster Brian Sullivan and CEO Kevin Sullivan, Steady Hand will base its rustic, culinary-driven beers in seasonal and locally-sourced ingredients. The brothers bring complementary skill sets to modern brewing, as Brian’s extensive culinary background pairs with Kevin’s practical knowledge of business and finance. “We know there’s a lot of exciting things going on in this area — lots of new businesses and startups, as well as some great chefs and food culture,” Kevin Sullivan says. “We knew we wanted to get into this area while it’s growing the way it is, and we’re excited for our beer to be a part of it.”

The spacious taproom aims to be a community-focused hub where people feel comfortable chilling out for a while, while maintaining the rustic and industrial atmosphere of a classic brewery. After large fermenters were imported to Steady Hand from out of state, metal from the transportation equipment was reshaped into a massive Steady Hand logo and several tables, providing plenty of room for large groups. Other guests can sit at a bar made from recycled wood from the Big Chicken in Marietta. There’s also space for food trucks, a small stage for live music, and even an indoor camping-style seating area shrouded by a massive woodland backdrop and a handful of clearance-sale Christmas trees. “There’s a certain aesthetic expectation in a brewery,” Sullivan says. “It’s supposed to be a comfortable space for people to come in a hang out, but the industrial manufacturing facility is part of the charm. The brewery smell is what does it for me — I’ll know we’ve really made it when we get that distinct, grainy mash and wort smell pumping through the taproom.”

Steady Hand is planning its grand opening in late-February or March. The exact date will be confirmed in the next couple of weeks. In the meantime, look for Steady Hand beer already distributed in local stores and keep an eye on the company’s social media for announcements and sneak-peak hours, where the space will be open to the public for a limited time before the official opening.

Georgia Farmhouse Ale | Steady Hand’s culinary-driven style lends well to the Farmhouse Ale/ Saison, with a rich and hoppy character complimenting sweet flavors of honey and southern corn grits, wheat and oats, finished at 6.25 percent ABV. The Farmhouse Ale will be an ongoing project for the Steady Hand brewhouse, which will release variations like the sweet potato Fall Farmhouse Ale as different fresh ingredients go in and out of season.