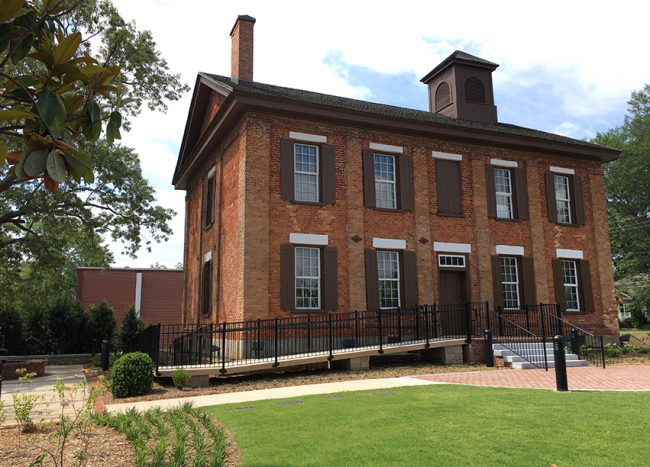 PHOTO CREDIT: Courtesy of Gwinnett County
Call: (770) 822-5178
Originally built in the 1830s, this historic building was first used as a finishing school for the county’s young women, the Lawrenceville Female Seminary. After being destroyed by fire, it was reconstructed in 1855 and was later converted into a ‘civic center’ for community activities, and at one time, housed a local radio station! It houses the Gwinnett History Museum, with exhibits relating to early Gwinnett County farming, textiles, schools, and more!
455 S. Perry St.
Lawrenceville, GA