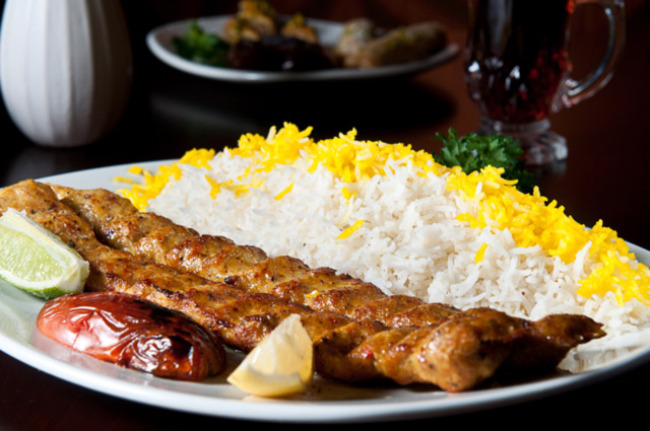 Call: (404) 888-9699 or visit www.sufisatlanta.com
Sufi's menu has let the world of Persian flavors take a step toward the mainstream in Atlanta. Flanked by the dining room's deep red brocade walls and paintings of whirling dervishes, and seated under a ceiling of white fabric, you might encounter some form of culinary enlightenment. The menu has a large selection of kabobs, served over fluffy, flavorful basmati rice. While kabobs are an important part of Persian cuisine, the stews are integral, and this is an area where Sufi's delivers tasty versions, though a little on the safe side. Persian dining rooms are often fancy, even when home-style cooking is served under the billowing fabrics, and Sufi’s is no different. Which isn't to say the restaurant is stuffy or uncomfortable, just that the aim is for class, and the valet parking, black-clad waiters and formal service support that aim.
Sufi's Kitchen
1814 Peachtree Rd NW
Atlanta, GA 30309