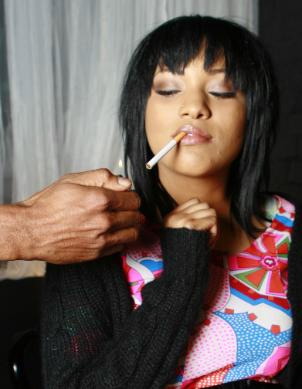 If you don't know Ree De La Vega, you're probably old. Or lame. Or way more insignificant than she is among Atlanta's late-night set.

Then again, starting this post out with that kind of lead is only asking for flak â&#128;" the kind the cool chick/BangBang party promoter received in megadoses several months ago after we featured her in Real Life Top Five.

The title said it all: "Keys to being an Atlanta 'it' girl." That was followed by Ree's five tips for living the fab life ("Flash your tits at least once a month"), conveyed in a tone that sounded about as pretentious as Kimora Lee Simmons.

What happened after that is anyone's guess. Somehow a clusterfuck of those who hate, love and don't know who the hell Ree is began a virtual message board, posting any and everything randomly associated with Atlanta's nightlife scene, including Ree's involvement (or non-involvement) with it, and the kind of career advice only a mother(fucker) would give.