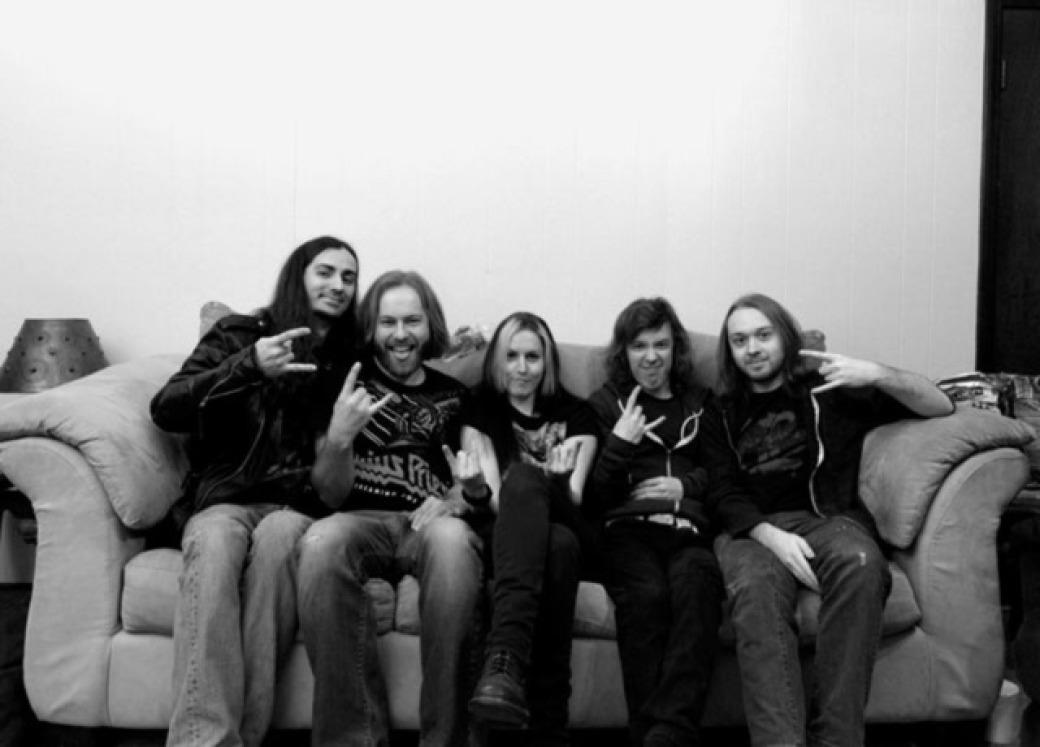 Heavy metal is often thought of as a boys' club — misunderstood and uncouth — like the music's most sinister muses. But Atlanta's metal boom has had as much social and sonic diversity as any other music scene. One of the first stabs at documenting this black-clad underworld addresses these misconceptions head-on. The forthcoming documentary film Atlanta Metal is part of photographer Emily Harris' thesis project for her M.F.A. in Photography from SCAD Atlanta. With the film's Jan. 11 debut inching closer, and a GoFundMe campaign nearing its $2,000 goal, Harris' three years of work is coming to a head.

Harris started the project as an outsider. "I got the idea for the project while taking a documentary photography class, and I wanted to revisit my youth and hang out with metal heads who were in high school," Harris says. "I found a group of kids in a band called Homicidal who, at the time, practiced out of the lead singer's mom's garage up in Canton, Ga."

Harris continued making contacts and discovered other acts spanning various extreme metal styles. With bands' lineups constantly changing, Harris' photographs and live footage capture groups that have since split up or changed personnel. "That is the importance of documenting something, and the reason I love photography so much," she says. "It captures a moment that you can never get back. So if these bands disappear at least they can say, 'Hey, I have a document of my time there.'"

Harris filmed the project as the local scene was taking off, which she credits partially to the clubs and promoters willing to host metal shows that were previously held in warehouse spaces or at Jack's Pizza. Amos Rifkin, who books metal shows as A Rippin' Production and plays drums for Death of Kings, echoes her sentiment. "There's definitely an audience for it now," Rifkin says, adding that he's seen a lot of underground rock styles come and go in Atlanta during his years drumming in bands such as street-punk purists A.P.A. and glam-punk guttersnipes the Heart Attacks.

As a woman carving a niche for herself, Harris challenges misconceptions about metal audiences by just being herself. "The metal scene is still male dominated, although it has become more integrated since the '90s when I first got into it," Harris says. "It is harder for a female to be taken seriously, and we have been trying hard to battle against the stereotype of the 'groupie' or the 'girlfriend,' So in the documentary, I discuss how women have struggled with this, and how metal heads as a whole have struggled with negative stereotypes."

When Harris' film debuts next month, gender-based stereotypes will be in the crosshairs, as much as Hollywood's depiction of metal heads as underachieving, basement-dwelling stoners. Not only will her years spent documenting the local scene earn her an advanced degree, it will elevate Atlanta's metal scene to a larger, academic conversation — no longer viewed as just a boys' club.