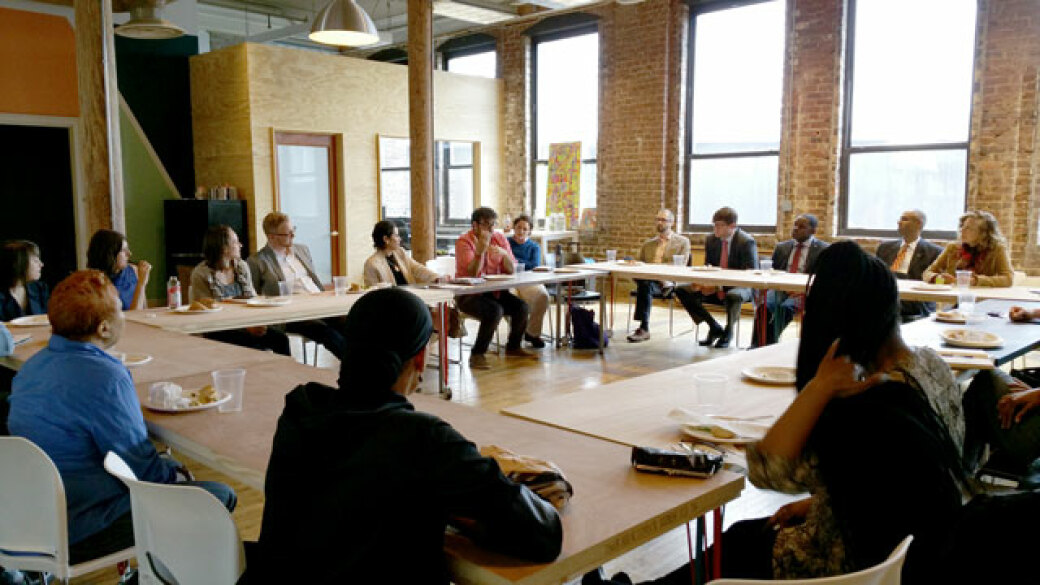 Delve through the pages of any text written about hip-hop's young but storied history and you'll come across themes of social justice and activism. Though the culture and music that stemmed from its roots wasn't immediately political in tone, it would soon give a voice to poor, underrepresented citizens of New York. Later groups such as N.W.A and Public Enemy brought conscious, reality rap to the mainstream. It's no wonder then that P.E.'s legendary frontman Chuck D once dubbed hip-hop and rap music as "CNN for black people."

??
In an effort to bridge the gaps between arts, music, social and civic responsibility, the minds at A3C and the Center for Civic Innovation launched a campaign to do just that. Dubbed "A3C Action," the initiative was spearheaded by CCI's Marketing and Director Bem Joiner, with an assist from Founder Rohit Malhotra.

??
Earlier this year the two organizations put out an open call for ideas and projects centered on one question: "How can we use art, music, and hip-hop culture to increase social justice and civic engagement in underserved communities?" After receiving roughly 70 pitches, a panel of judges narrowed down the list to five finalists including local organizations ChopArt, 303 Community Coalition, Inc., and Poems Over Pistols (P.O.P.). The groups, including one from Philadelphia (Media in Neighborhoods Group) and Washington D.C. (Ourtime.org), will present their ideas during A3C to a panel of judges who will decide which two to three organizations should receive investments for their projects.

??
"We've had a number of youth organizations fail the past few years off of lack of support," says ChopArt's Atlanta Founder and CEO Malika Whitley. "I think that these are ways that we can band together. We can support each other so that we aren't going down over these financial woes or this lack of resources."

??
After finding success in Cape Town, South Africa and Hyderabad, India, Whitley's organization is trying to raise funding to support their arts-based summer camp for homeless and at-risk youth. The Atlanta native joined the organization while working for a music company during the 2010 World Cup. Whitley says her organization serves some 2,000 youths but, "you don't see them because it's Atlanta's big secret."

??
The hope is that work through A3C Action, leaders like Whitley and their mission won't have to fly under the radar for much longer. On top of that, Joiner sees the program as a chance for Atlanta's long list of rap royalty to see these organizations as good investments in the very neighborhoods they boast about on wax. "You look at the stats on income inequality and the areas that are hurting the most are the same areas with Future's Dirty Sprite 2 blasting through their headphones," Joiner says. "Somebody has to connect the dots to make it go."

??
The road to the big investment will be a tough one. The finalists arrived in Atlanta earlier this week, where they've undergone intense training and pitch sessions to ready themselves for Saturday's main presentation. "CCI is very used to dealing with competitions that require rubrics so we use a very strict process," Malhotra says.

??
That process and its affiliation to A3C as a whole is what Joiner hopes will make the ideas tangible for investors. "This is just the beginning of what possible culture collaboration could look like," he says.

??
And CCI's leader Malhotra wants the project to be more than just a one-time occurrence in continuing to give creatives and their organizations a seat at the decision-making table. "Right now the goal is to demonstrate a process that creatives can do some really interesting things," Malhotra says. "The long-term goal is to keep investing in those types of vehicles."