Angela is a goodfella who works as a courier in her husband's drug business, which operates under the cover of the family shoe business. Glamorously put together, Angela (Donatella Finochiarro) is a dead ringer for Madonna and soon catches the eye of a cocky young thing, Masino (Andrea di Stefano), who's also involved in her husband's business. The film's verité style and Finochiarro's old-school womanly charisma gives Angela an engaging pace, though the soap opera denouement is less than satisfying in this based-on-fact drama. Mon., June 9, 9 p.m. Rialto Center for the Performing Arts. — Felicia Feaster

The best entries in this program of 12 shorts toy with our expectations of kitschy imagery. "Atomic Love" shows a teenage girl's first date with a robot and takes a peek into their old-fashioned fantasies. "Three Small Deaths" puts animal faces on human beings for a trio of wrenching death scenes that are gradually revealed to be touched-up from recent feature films. In "Parking," Bill Plympton riffs on Looney Tunes by pitting a zealous parking lot attendant against a stubborn blade of grass, but it's a one-joke affair, while "La Pirouette" and other shorts suffer from both sloppy animation and threadbare humor. Thurs., June 12, 7 and 9:30 p.m. Lefont Garden Hills Cinema. — Curt Holman

AT THE FIRST BREATH OF WIND

This intriguing feature from Italian director Franco Piavoli, which suggests the work of Athens filmmaker James Herbert, unfolds on one day in the Italian countryside. There, a family leisurely interacts with nature, makes artwork, naps and play the piano, but their reveries are interrupted by shocking intrusions from the modern world, which are experienced as fantastic hallucinations, fantasies and daydreams. Sun., June 8, 1 p.m. Fulton County Downtown Library. FF

A potentially fascinating idea is given superficial treatment in this documentary about five lovable "freaks" who spend every waking hour trying to cram as many movies into their day as possible. Set amidst the movie memorabilia-crammed apartments and copious possibilities of Manhattan's film scene, the film concedes that, yes, these people have no life as they bounce a circuit from MOMA to Film Forum to every art and revival house and multiplex in between. But there are enormous depths to be mined here — which the filmmakers neglect — especially regarding how the cinema's romantic vision of life provides a substitute for sexual fulfillment for these fans. Sun., June 8, 3:30 p.m. Fulton County Downtown Library. — FF

DON'T TEMPT ME (NO NEWS FROM GOD)

This captivating Spanish film shifts gears roughly four times in its first 20 minutes. Heaven appears as a lush film-noir fantasyland run by the French, while the British-operated hell is a stark and claustrophobic prison camp. On Earth, devilish Penélope Cruz spars with angelic Victoria Abril to claim the soul of a weather-beaten boxer (Demiàn Bichir), but eventually the two spirits must team up to fulfill their missions. Sat., June 7, 8:30 p.m. Rialto Center for the Performing Arts. — Tray Butler

Parker Posey plays a district attorney investigating the assisted suicide of a man dying from AIDS in this film by Thom Fitzgerald. One-by-one, the suspects are questioned, and one-by-one, they trigger flashbacks that reveal a little more about Matthew's life. Thanks to Olympia Dukakis, there are a couple of moving scenes between mother and son, but this maudlin drama fails to build much tension and most of it just rings false. Thurs., June 12, 6:30 p.m. Rich Auditorium. — Suzanne Van AttenTHE FEDERATION OF BLACK COWBOYS

There's something inherently unsettling about seeing a cowboy — 10-gallon hat and all — riding through the graffiti-riddled backstreets of Brooklyn. But it's a apparently a common sight in Howard Beach, N.Y., where Cedar Lane Stables houses 40 horses on 26 acres. The titular group uses the animals to teach inner-city kids discipline and respect. An oddball and often-uneven documentary that defies easy characterization. Fri., June 13, 3:30 p.m. Downtown Library. — TB

Move over Elvis impersonators: Neil Diamond impersonators are claiming your place in the pantheon of kitsch. Documentarian David A. Sarich uses interviews to make the distinction between tribute acts like Atlanta's Hot August Knights and several self-important, "real" Neil Diamond imitators working out of Vegas and elsewhere. The film devotes way too much time to The Jazz Singer's scarily obsessed fans called, inevitably, Diamondheads, but Sarich's shapeless film never advances any ideas as to what separates Diamond from the Zircons. Look for local interviewees such as 99X's Jimmy Baron and Creative Loafing's Andisheh Nouraee. Tues., June 10, 5 p.m. Rialto Center for Performing Arts. — CH

Two adolescent girls with a history of violence move through the system of juvenile detention centers, group homes and foster care in this compassionate documentary. Gang raped at 11, Shanae is convicted at 12 of murdering a friend. Her baby-faced aloofness initially suggests an unwillingness to improve her situation. But Shanae reveals new facets of her character and coping mechanisms as the film unfolds. Megan, however, never seems to escape the stew of rage and self-destruction her drug-addicted mother has inspired in her. The crucial connections that might really bind us to the girls' experience are missing — maybe that's partly the point. These are "girls" who have not experienced girlhood in any traditional sense, and their ability to soldier on despite their ugly pasts is remarkable. Wed., June 11, 2:30 p.m. Rialto Center for the Performing Arts. Sat., June 14, 4 p.m. Fulton County Downtown Library. — FF

THE HEART OF ME

After a brief jaunt into the 20th century with Fight Club, Helena Bonham Carter has returned to a familiar world of ringlets, bonnets and velvet coats in The Heart of Me, an overheated love triangle in which two sisters vie, mysteriously, over the same dull man. There is very little charismatic charge between the sheets in this bizarrely incestuous story, which ultimately seems to veer toward some kind of sloppy post-feminist message about how sisters need to stick together even when they're shagging the same man. Sun., June 8, 4 p.m. Rialto Center for the Performing Arts. — FF

(NR) In the days immediately following 9-11, almost everyone asked, "Where do we go from here?" This documentary poses the question specifically to New York City's underground hip-hop community, but it never arrives at any coherent — or particularly compelling — answer. Filmmaker Darrell Wilks depends too much on man-on-the-street commentary, which quickly wears thin and loses any sense of unity implied by the title. Sun., June 8, 11 p.m. Rialto Center for the Performing Arts. Thurs., June 12, 3:30 p.m. Fulton County Downtown Library. — TB

The Depression-era art of hobo-ing is given a respectful, at times romantic, treatment (partly due to Tom Waits' aching music) in David Eberhardt and Jack Cahill's beautifully photographed document of the modern railroad tramp's life. The self-admitted misfits, who have escaped parental deaths, memories of Vietnam and bad homes, present their lives of freedom as the only possible response to such hardships. The tight-knit brotherhood of hobos and their unabashed, teary-eyed awe at the beauty of the country they travel means this is not simply a portrait of a strange subculture but of defiantly individualistic people who choose to live this way. Fri., June 13, 8:30 p.m. Fulton County Downtown Library. — FF

Bob Odenkirk of HBO's cult sketch series "Mr. Show" makes a directorial debut that has more in common with My Dinner With Andre. Chance brings together four 30ish professionals (Matt Price, Annabelle Gurwitch, Stephanie Courtney and screenwriter Michael Blieden in the title role) for a casual meal that becomes a probing discussion of such preoccupations as infidelity, the afterlife and sexual kinks. Chronological crosscutting from before and after the dinner makes the early scenes an incomprehensible hash, but once the narrative settles down, it comes up with surprisingly provocative insights. Jack Black and "Mr. Show's" David Cross provide funny cameos, but Melvin is more interested in how we define ourselves through love, work and faith. Sat., June 7, 8 p.m. Fulton County Downtown Library. Wed., June 11, noon. Rialto Center for the Performing Arts. --CH

Joyce and Rick are a well-heeled couple of surly city dwellers who keep score in their marriage by racking up infidelities. When their cocktail party turns ugly, guests quickly skedaddle into the night, and after a nasty row, so do Joyce and Rick. While Joyce befriends a performance artist who looks like an old lover, Rick encounters a hostile house painter who teaches him a lesson. The characters are unlikable and the 11th-hour bid for redemption is weak. The best part is the cool soundtrack featuring Yo Lo Tengo and Fischerspooner. Wed., June 11, 8:30 p.m. Fulton County Public Library. -- SVAMIRANDA

A loving evocation of 1960s cinema begins this kinky romance, in which a shy Yorkshire librarian (John Simm) falls for an American mystery woman named Miranda (a flinty Christina Ricci). The audience's heart soars with Simms as he awkwardly bursts into song: "Miranda! You've got eyes like a panda!" But the film's good will evaporates as its focus shifts to Miranda's participation in a convoluted real estate swindle, organized by her scheming mentor (John Hurt) against a perverse mogul (Kyle MacLachlan). First-time director Marc Munden can't coherently convey the plot's mechanics, but he shows a flair for capturing sensual little details like Ricci's toe ring. Fri., June 13, 8 p.m. Rialto Center for the Performing Arts. — CH

THE POLITICS OF FUR

(NR) High-maintenance music exec Una (Katy Selverstone) lives in an antiseptic world of her own creation, where doting assistant Dick (Tim Young) does everything but wipe her ass as she nurses an actual baby tiger. But her blind date with B. (Brynn Horrocks) makes her empire crumble, and the abysmal directing only makes matters worse. Tues., June 10, 7:30 p.m. Rialto Center for the Performing Arts. — TB''

Shinsuke Sato's cost-conscious revenge story derives from a Japanese comic book by Lone Wolf and Cub creator Kazou Koike, in which a young woman (Yumiko Shaku) from a secret society of assassins literally crosses swords with her order. With moody, bluish cinematography and a setting that combines past and future by putting swords alongside computers, The Princess Blade takes a fresh stab at the conventions of martial arts movies. Shaku makes a fiercely effective heroine, but the film's strong points get ultimately undercut — no pun intended — by budget limitations and the gratuitously grim, bloody resolution of the romantic subplot. Fri., June 13, 10:30 p.m. Rialto Center for Performing Arts. — CH

STORIES FROM THE ROAD - A FILM ABOUT FOLLOWING PJ HARVEY

In a nod to "The Real World," this breathless documentary features a charmingly shy, passive-aggressive Atlantan, Kyle Keyser, who acts on a brilliant idea: He will use the pretense of filmmaking as a license to stalk. Keyser decides to make a documentary about rock hero PJ Harvey so he can meet her. Though the film is breezy and light, a certain melancholy sets in as time runs out to meet the divine Miss PJ and Keyser's enthusiasm dampens. The fates conspire against Keyser and crew. Anyone who has ever pined for a connection to an admired artist will recognize the mix of regret and relief that accompanies Keyser's impossible dream as well as the contact high of mere proximity to celebrity and the inevitably bummer of intrusion by unfabulous reality. Sat., June 7, 10:30 p.m. Fulton County Downtown Library. — FF'' 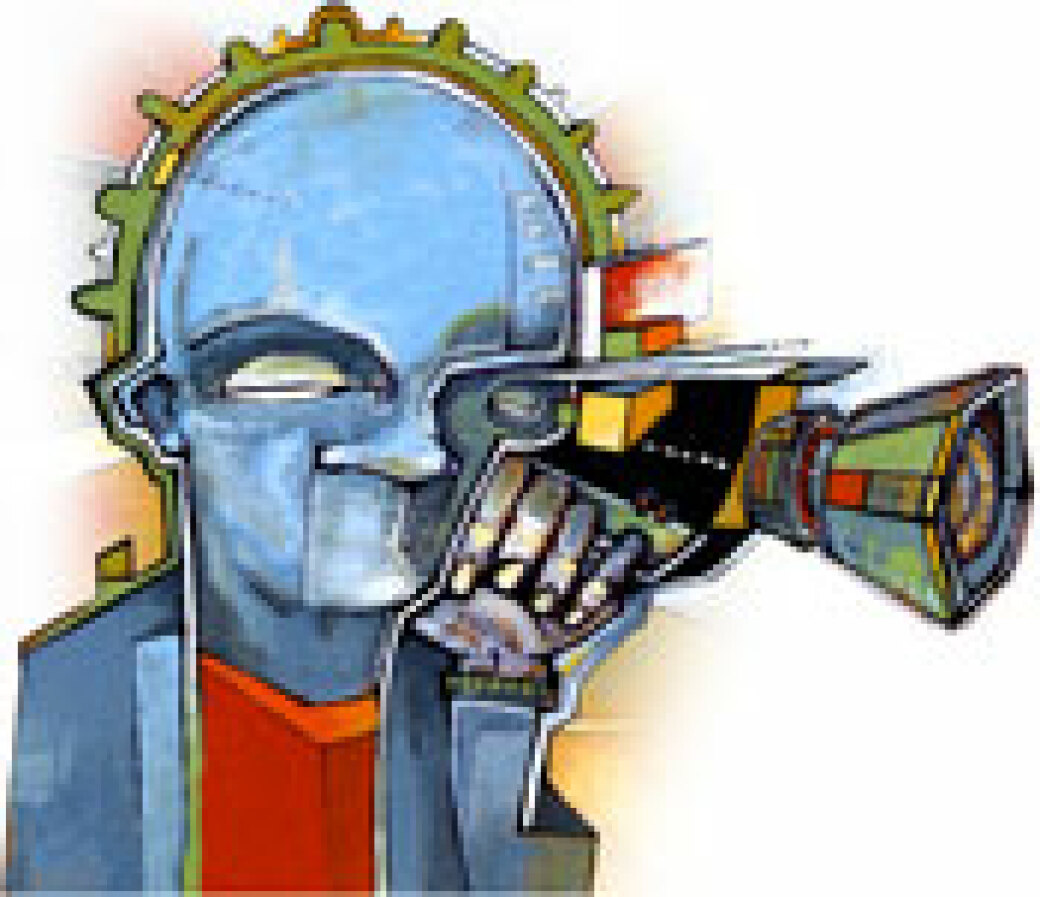