From Questlove to Da Mafia 6ix, 18 picks that you don't want to miss 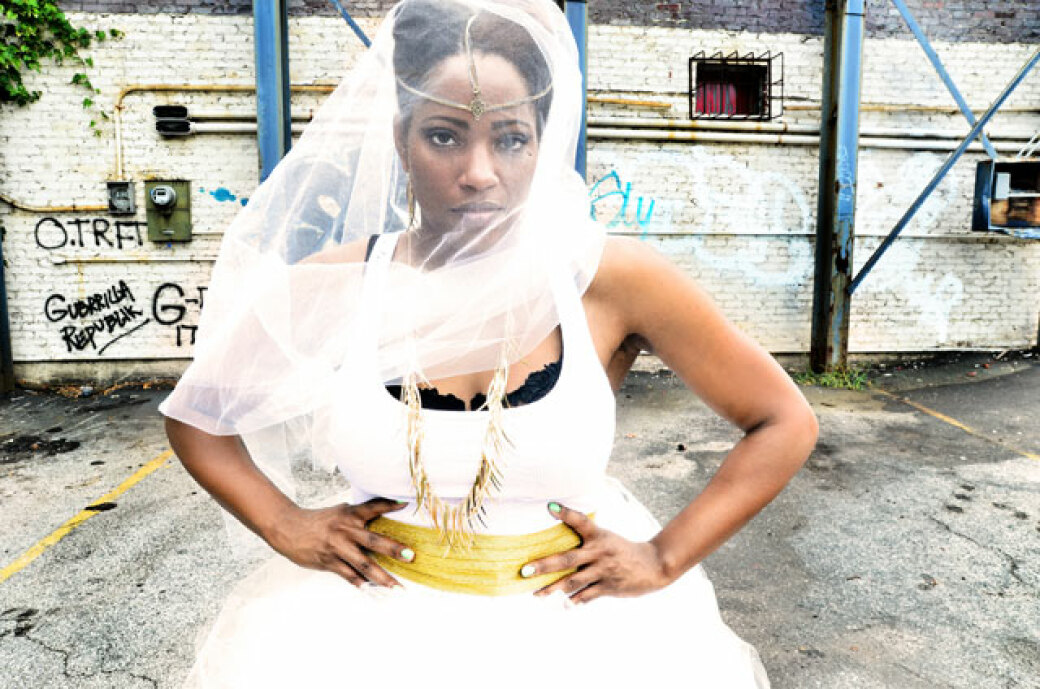 Last spring, a cardboard cutout of Rich Homie Quan appeared downtown, but few knew who he was. By summer, even Drake recognized his image. A student of Lil Wayne's earliest and most eager cuts, and Andre 3000's understated cool, Quan struck a balance between influences in his mixtape-sleeper-turned-Billboard hit "Type of Way." To hear a crowd sing along with "I know you feel some type of way-aa-ay" is to know that he won't apologize for his success. As the Boondocks would say: Game recognize game, and Quan thinks you lookin' kind of unfamiliar. Wed., Oct. 2, 11 p.m. The Basement, 1245 Glenwood Ave. 404-622-8686. www.basementatl.com. — Christina Lee

Starting with 2001's breakout debut, The Cold Vein, Cannibal Ox has worked its way up from unassuming lo-fi beginnings to the top tier of underground hip-hop. Under the careful supervision and cultivation of Def Jux-founder and former Company Flow-member El-P, the Harlem duo of Vast Aire and Vordul Mega create a pummeling but uplifting mix of gutter anxiety and inspired wordplay similar to such hip-hop classics as Nas' Illmatic and Wu-Tang's 36 Chambers. Although the duo took time away from the project to work on their respective solo albums, Cannibal Ox returned in full force with the "Gotham" 12-inch, a three-track dose of its signature weighted intensity. Wed., Oct. 2, 12:25 a.m. 529, 529 Flat Shoals Ave. 404-228-6769. www.529atl.com. — Bobby Power

When Too $hort posed on his black Cadillac for 1987's Born to Mack, he sat far from the camera's gaze, making his face difficult to discern. "That little dark-skinned dude could be anybody," he told hip-hop blog Cocaine Blunts in 2009. The Oakland rapper anticipated gangsta rap's pimp perspective then forged a decades-long career of winding through one sexually explicit encounter after another to dizzying effect. For a good indication of what to expect from his A3C performance, bump Born to Mack's nine-minute "Freaky Tales." Whether the song encompasses a year, a month or a week's worth of promiscuity, it's hard to tell even 25 years later. Wed., Oct, 2 12:30 a.m. QUAD, 714 Spring St. 404-870-0040. www.quadatlanta.com. — CL

One of Atlanta-by-way-of Detroit's finest remains a must-see. All she needs is a DJ and a mic as a rare MC who can rock with little accompaniment. With her newest release, The Late Bloom, Brown demonstrates strength in vulnerability in a taut collection of tracks that speak to the depth of struggles, love, and relationships in her life — both romantic to familial. At her shows, she rhymes with equal intensity on the large stages like past A3C appearances, to intimate gatherings like her August album release at East Atlanta's 529, where the audience hangs on every word. Thurs., Oct. 3, 7 p.m. Music Room, 327 Edgewood Ave. 404-343-0111. www.facebook.com/TheMusicRoomATL. — Shannon Barbour

"Mind-altering beats and psychedelic hip-hop" is the theme for this monthly ATL ritual that's being put on blast for A3C this year. New Yorker Edan and Jacksonville, Fla.'s Paten Locke take the stage together, headlining a bill that's filled out by a grip of artists that all make their own beats. Dillon's doing a beat set alongside performances by the likes of Willie Evans Jr., Threepeeoh, and 10th Letter vs. Deku. There's gonna be a whole bunch of DJs stepping up to the turntables throughout the night as well. Thurs. Oct. 3, 8 p.m. 529, 529 Flat Shoals Ave. 404-228-6769. www.529atl.com. — Chad Radford

On the heels of his fifth mixtape, From Perry With Love, New York MC Perrion has high hopes for the future. Although he may call Harlem home, he splits his time between the Big Apple and Atlanta — something that has shaped and defined his sound. Perrion discovered his own lane in hip-hop after friends turned him on to chillwave and electronic artists such as Bibio and Washed Out. Since then, he's rapped over those instrumentals for his Circuit Breaker mixtape before hooking up with Myth Syzer, among other producers. Features in XXL and Spin magazine have only added to the steady buzz building around him, making his show one of A3C's must-see performances. Thurs., Oct. 3, 8:10 p.m. Variety Playhouse, 1099 Euclid Ave. 404-524-7354. www.variety-playhouse.com. — Bryce Kervin


Chris Manak's Peanut Butter Wolf alter ego has left an indelible mark on the hip-hop world since he got started in the late '80s as a duo with rapper Charizma, and continued throughout the '90s producing tracks for eccentric MCs like Kool Keith and Deltron 3030. Peanut Butter Wolf's 1999 debut, My Vinyl Weighs a Ton, is a free-form survey of sample-happy, throwback hip-hop featuring a slew of relatively unknown MCs and collaborators who are now household names, including Madlib, Cut Chemist, Z-Trip, and Kid Koala, just to name a few. As founder of seminal leftfield hip-hop label Stones Throw, Manak has curated some of the most celebrated underground hip-hop releases of the last two decades. Thurs., Oct. 3., 11 p.m. Space2, 482 Edgewood Ave. 404-835-2534. www.thesoundtable.com. — Bobby Power

DJ Paul, Lord Infamous, Crunchy Black, Gangsta Boo, and Koopsta Knicca are all on deck for what is ostensibly a Three-6 Mafia jam — minus Juicy J (sadly). But who knows? This is Atlanta. Anybody could turn up. With so many wild cards in the mix, all of the ingredients for an explosive night filled with classic Three-6 joints, such as "Sippin' on Some Syrup," "Who Run It," and "Tear Da Club Up" are in place. They'll probably feel compelled to whip up some of the newer numbers as well. Like Boo says, "Come and get it while you can trick, before it's all gone. Goin' once, goin' twice, oh my God it just went gone!" Fri., Oct. 4, 8:15 p.m. Old Fourth Ward Stage, 427 Edgewood Ave. 404-525-3002. www.a3cfestival.com. — CR

Bouncing between his solo career and the nine-member Brooklyn based musical outfit Phony Ppl, Dyme-A-Duzin stays busy making sure true hip-hop stays alive. Cosigns from Plain Pat and Harry Fraud helped him make a name for himself in the music game, a culture he's been dedicated to since writing his first rap at age 11. The Warner Bros. records signee is revered for his sophisticated delivery, something he describes as "swank," and a talent for singing on his own records. A Portrait of Donovan was the product of an 18-month recording process and is a testament to Dyme's lyrical chops. Fans are eagerly waiting to hear what he's up to next, and those at A3C may just be lucky enough to hear some of the new material during his upcoming performance. Fri., Oct. 4, 11:30 p.m. Spring4th Center, 728 Spring St. 404-870-0040. www.spring4th.com. — BK

Although he'd already been vetted as a member of Busta Rhymes' Flipmode crew in the mid '90s, Roc Marciano has been on the upswing since going tit for tat on verses with Ghostface Killah and Raekwon on Busta's "The Heist" back in Y2K. The Long Island rapper, born Rakeem Myer, has spent the last decade-plus crafting singularly modern productions steeped in grimy, street-savvy beats, rhymes, and samples. Nostalgia takes a back seat on his 2010 underground opus, Marcberg, and a recent collab with producers the Alchemist and Oh No for the Greneberg EP. By placing a high premium on creating hip-hop that sounds like it was made in the here and now, Roc's greatest hits are still to come. Fri., Oct. 4, 12:55 a.m. Space2, 482 Edgewood Ave. 404-835-2534. www.thesoundtable.com. — CR


In the world of underground hip-hop, Madlib (born Otis Jackson Jr.) is the producer's producer. Best known as the king of crate diggers, Jackson carefully samples deep cuts from a seemingly endless array of source material, whether it be international psych from the '70s or free jazz of any era. These esoteric bits and beats, seamlessly grooved together, form the flesh and bones of some of the most revered hip-hop outings in the post-millennial scene. Want proof? Check out 2004's Madvillainy with MF Doom, or any Madlib album released under one of his many pseudonyms: Beat Konducta, Quasimoto, Loopdiggaz, et al. Sat., Oct. 5, 11:05 p.m. The Earl, 488 Flat Shoals Ave. 404-522-3950. www.badearl.com. — BP

Late last year, Chicago throwback rappers Chuck Inglish and Sir Michael Rocks formally closed the books on their acclaimed duo, the Cool Kids. The outfit's hiatus slowly became permanent. According to the group, the split was amicable so each rapper could pursue his respective solo endeavor. This summer, Inglish announced that he'll release his full-length solo debut, Convertibles, sometime this fall. It's rumored to feature Big Boi and Chromeo, and based on early cuts from the record, Inglish has pushed his creative limits beyond the acclaimed nostalgic beats defining his early work. His retro aesthetic isn't completely gone. There's just enough to keep the Cool Kids fans satisfied while doing something different. Sat., Oct. 5, 7:15 p.m. Old Fourth Ward Stage, 427 Edgewood Ave. 404-525-3002. www.a3cfestival.com. — MB

Since the late '90s, San Francisco artist Aesop Rock, aka Ian Matthias Bavitz, has cultivated a reputation as one of alternative hip-hop's premier lyricists. With acclaimed records such as Labor Days, Bazooka Tooth, and None Shall Pass, the dexterous wordsmith has proven his consistency. But he's also displayed versatility as an artist through his recent lo-fi-folk-meets-indie-rap collaboration the Uncluded, with Kimya Dawson of Moldy Peaches fame. For this year's A3C set, Bavitz will perform without Dawson and as one of the festival's most respected veteran MCs. Sat. Oct. 5, 12:15 a.m. The Earl, 488 Flat Shoals Ave. 404-522-3950. www.badearl.com. — MB


As a "Soul Train"-watching child, Questlove would hear a song and focus on its smaller movements: hi-hats, rhythms, atmosphere. Then as drummer of hip-hop band the Roots, he watched the Beastie Boys' Mike D head from a show to his own DJ set and realized that he could do that, too. Now as a moonlighting but in-demand DJ, Questlove draws common threads, of decades and moods, across his 70,000-plus record collection by manipulating a song's movements — an approach that inspired sets that have revolved around J Dilla's catalog and tailored Joni Mitchell's "Big Yellow Taxi" to fit a dance-worthy groove. "Soul Train: Next Generation"? Sounds about right. Best Block Party Ever, Sun., Oct. 6, 2 p.m. Old 4th Ward Stage, 427 Edgewood Ave. 404-525-3002. www.a3cfestival.com. — CL


Arguably the greatest hip-hop producer of all time, DJ Premier takes the stage as part of the killer DJ lineup for A3C's grand finale event, the Best Block Party Ever. Premier's catalog alone could take up the entirety of the seven-hour event. As a founding member of the Gang Starr Foundation, along with the late Guru, Premier became the architect most synonymous with New York's boom-bap sound in the '90s. His signature production has laced classic joints from the likes of KRS-One to B.I.G., and Nas to M.O.P. By living with his grandfather in the summers in NYC, the Houston native grew to be the orchestrator of the gritty Apple, where he once saw a man decapitated by a subway train. So what to expect in his DJ set? The same raw realism that lives and breathes in his body of work. Sun., Oct. 6, 2 p.m. Old 4th Ward Stage, 427 Edgewood Ave. 404-525-3002. www.a3cfestival.com. — Rodney Carmichael