Ethics official: 'I think you need to ask yourself if you should be in public office if you can't do a better job than this' 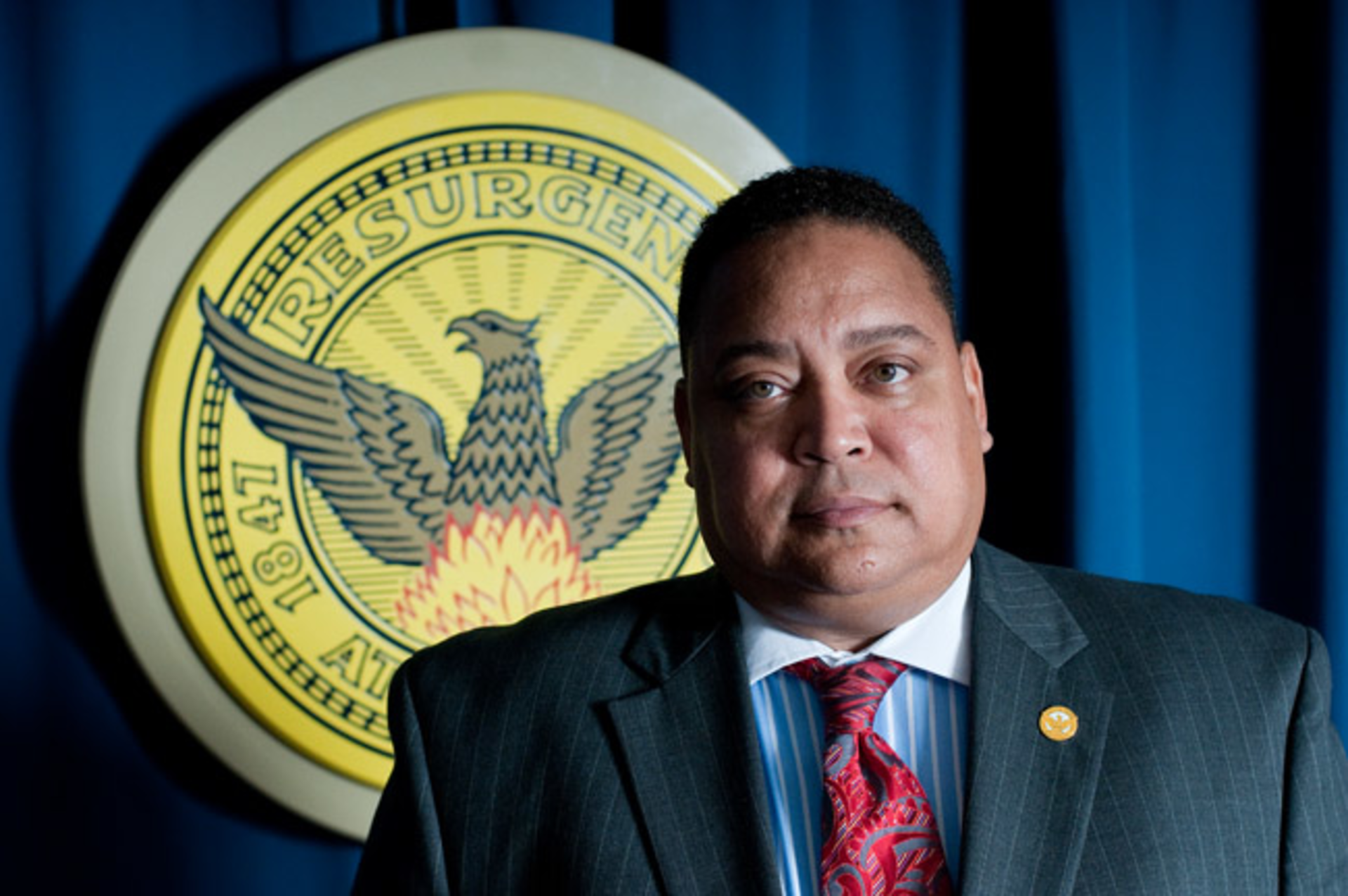 Bond failed to let the public know all the details of where he got his campaign money and how he spent it from 2009 to 2015, according to a review by the Georgia Government Transparency and Campaign Finance Commission.

Georgia requires those records so that the public will know which people or companies are bankrolling elections, and if the money is spent on real election expenses such as ads and yard signs — or on things that are a little harder to justify, like, say, an elected official’s home power bill.

Bond showed a “blatant disregard” for campaign finance rules, said R. Lawton Jordan III, chair of the commission, when it heard the findings of its staff investigator on June 23. Bond said that he made mistakes, but had the best intentions.


A typical example in the state’s case was a picture of a dozen checks written to Bond’s campaign in 2011. But in Bond’s hand-filled disclosure for that time period, he reported receiving no donations. The state said that from 2010 through 2015, Bond failed to report 20 contributions totaling about $9,200.

The state investigators also pulled checks from Bond’s campaign account simply made out to “cash.” From 2010 to 2015, they say he failed to report details of some $46,000 in spending across 252 transactions.

Finally, the state says Bond made payments from his campaign fund — totaling about $6,100 over four years — on things like power, phone, and internet bills at his home; auto insurance; and a sleep apnea machine.

Once in 2014, the state says he just put a new cover sheet on an old report and filed it.

Bond, an at-large councilman who serves in a citywide capacity, told the commission members he had good intentions: “I’m frankly embarrassed I’m in this position, and I apologize to the public for having come to this."

In an address of about 10 minutes, Bond said he believes in transparency but said that he made mistakes. The at-large councilman, who lives in Vine City but serves in a citywide position, said he should have gotten professional help to iron out his reports.

Bond did argue that he had a reason for some of the spending. He said he paid his home and auto insurance bills with campaign money because he was running his campaign from home and drove his car on business. He also said a lot of his campaign workers want to be paid in cash.

Bond also said his eyesight is diminishing, which is causing depression and mental angst. As for the sleep apnea machine, Bond has refunded his campaign the $400 for it, a commission attorney said at the meeting.

But Jordan, addressing Bond, said, “This is just egregious what is going on here. And it’s just a slap in the face. I’m sorry about your medical condition. I’m very sorry. But this just is a blatant disregard of these laws.”

Jordan continued, “I’m happy if y’all can work out a consent order but I think you need to ask yourself if you should be in public office if you can’t do a better job than this.”

Bond said he had been a fool not to ask for help, and that’s what landed him in front of the commission. But the councilman also said he would not be back under the same circumstances and that he wants to continue in public office.

“I’ve looked in my heart; I want to continue to do this,” Bond said.

Watching Bond’s speech from the audience was William Perry, an ethics activist who runs Georgia Ethics Watchdogs. He said Bond ought to step down and let voters decide if they want him to continue being their representative.

“Twenty-five mistakes is believable, but 250 over a five-year period where there’s just clearly no regard for accurate record-keeping or for fair disclosure is ridiculous,” said Perry. “Beyond ridiculous. It’s hard to find words to describe how ridiculous it is.”

Perry said he felt for the councilman’s health struggles, “but I don’t understand the tie to five years worth of faulty reporting and sloppy record-keeping.”

It’s not the first run-in between Bond and ethics bosses. He agreed to pay more than $15,000 in 2015 to settle city allegations that he used public cash to travel to Washington, D.C., but skipped the conference he was meant to attend, and that he used public office to get free tickets to Dragon*Con and a Chaka Khan concert, among other alleged offenses.

At that time, Perry, then working at Common Cause, called on Bond to resign.

The $58,000 proposed payment is below the maximum penalty allowed under law. The cash penalty in the proposed state consent order would cover the violations the investigators allege from 2010 through 2015, as well as a penalty stemming from violations first alleged in 2009.

Bond and the commission staff are still in talks about the proposed consent order.