Rye: The resurgence of the other American whiskey

Why we should all be proud to drink rye 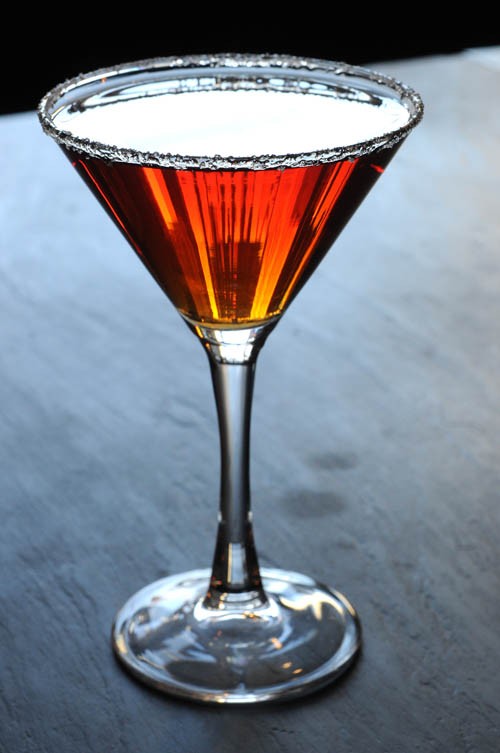 Anyone with even a third-degree connection to the current climate in cocktail bars has likely noticed: rye whiskey is everywhere. For the past few years, rye has grown in popularity with barkeeps and spirits geeks (aka dipsomaniacs) around the country. Why? What about rye took it from being a dusty, if not altogether unused, inhabitant of the back bar to a prized and increasingly difficult category of spirits to acquire?


While poring through cocktail-recipe history, one finds more references to rye than bourbon. Kind of strange, huh? Prior to Prohibition, rye was already being made and used widely in the northeastern states. Many early cocktail books were written previous to full western settlement, and many of the talented barkeeps that published books abroad during Prohibition came from behind the bars in the rye-soaked Northeast.

The post-Prohibition glorification of the "Port of Bourbon" as the premier shipping location of a softer, sweeter type of American whiskey (a whiskey in which corn replaced rye as the dominant grain) created a powerful vacuum. The name bourbon was synonymous with better. As with all products that have to compete with a name brand, rye's demand slowly waned over time.

When it comes to unraveling the fundamental truths of a spirit trend, your guess is as good as mine. Clearly, though, rye has managed to evolve beyond just trend and has secured its identity as a mainstay spirit. I believe that the first catalyst for this revival was affordability. When I began bartending 13 some odd years ago, rye was an inexpensive yet fairly complex spirit to experiment with. For the same price of a bottle of name-brand bourbon, one could secure two bottles of rye. Rye was generally higher in alcohol as well, leading to a more expedited buzz — not the worst thing in the world. To simplify: good drinks for cheap.

Following the collective realization of dipsos everywhere that rye was pretty affordable and pretty drinkable came the connection to the classic cocktail culture. During the mid to late '90s, when the real champions of the cocktail resurgence set out to celebrate the sacred history and tradition of our forbearers, we began to dust off the few nearly extinct examples of this once great spirit dynasty. Upon doing so, barkeeps started to realize drinks like the Manhattan or the Old-Fashioned actually tasted better with rye. Remember, these recipes were created to work around the distinctive spice and dried fruit austerity of rye, not to blend a sweeter, heavier whiskey (i.e., bourbon) with sugar, rich fortified wines or lush fruit oils. I'm not saying a Manhattan can't be good with bourbon. That would be dishonest, given the number of them I make and enjoy regularly. But I guarantee that revisiting many of the cocktails you know and make with bourbon using rye instead will yield some exciting results.

The rye market is continuing to expand. Craft distillers from left to East Coast are making rye again. Along with many new producers, the resurrection of the recipes and methods of famed former producers aims to preserve the past. From the maverick young distillers of our generation, to the continuously operational Mt. Vernon distillery where George Washington's rye recipe is still being produced, this entire rye revitalization confirms something many of us believe to the core: big things are happening. When one subculture, no matter how small, can incite the entire nation to support the growth of a domestic product with the kind of history and tradition of rye whiskey, then we should all be proud to drink our part.

A few ryes worth trying:

Old Overholt ($12.99) — One of the longest-running producers of rye, this often overlooked and inexpensive choice is perfect for a basic Sazerac, Old-Fashioned or flask drinking.

Rittenhouse 100 proof Bottled in Bond ($20.99) — The Holy Grail rye for cocktail geeks. This increasingly hard to locate whiskey has fantastic complexity and an assertive personality that makes it perfect for every drink.

High West Rendezvous Rye ($47.99) — A shining example of the "nouveau" rye movement. Hailing from Utah, this rye has a great spice and dried citrus pith character. A personality that lends itself to long drinks and sours.

Sergio Leone
This variation of a classic Manhattan inspired by the famed film director is meant to bring spaghetti Western ideology to the cocktail glass.

Directions
Stir gently over ice until chilled. Strain into a cold, sugar-rimmed cocktail (martini) glass. Garnish by squeezing the oil of the orange peel through a flame over the surface of the drink. Discard peel after flaming.