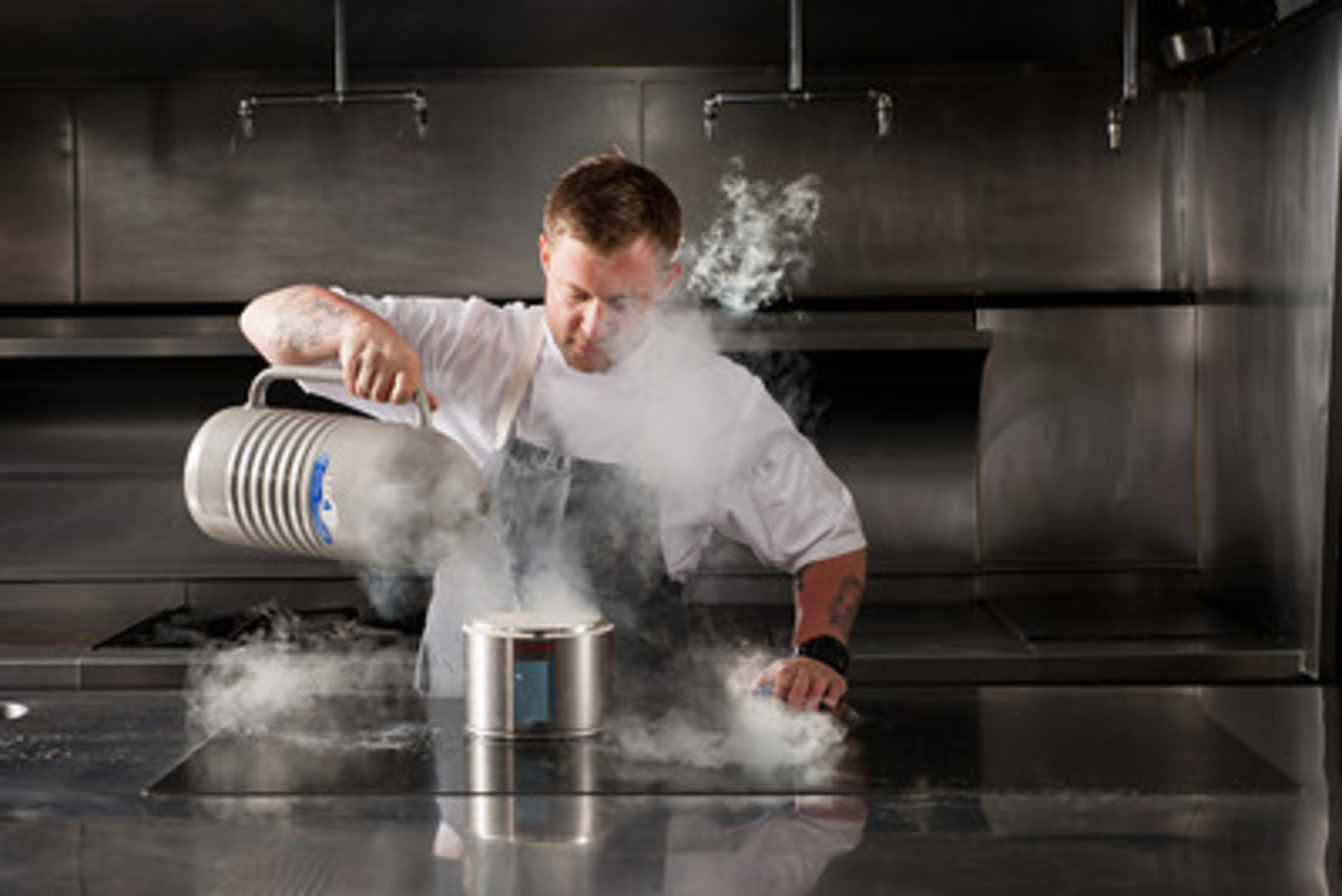 Photo credit:
Gunshow’s Hired Guns series is returning for a third year, and it’s kicking off with a jolt — or rather a Volt. On Sun., Jan. 31 and Mon., Feb.1, chef/owner Kevin Gillespie will welcome fellow "Top Chef" alum chef Bryan Voltaggio to the Gunshow.

Noted for his use of fresh, local ingredients, Voltaggio seeks to incorporate both tradition and innovation in his cooking.

“I have long admired Bryan’s skills and look forward to having him in the kitchen at Gunshow,” Gillespie says. “I’m really excited about all the chefs who are coming this year. At these dinners, the show is the food. We're going to be graced with rock-star chefs giving some of their best performances.”


The Hired Guns series began in 2013 and features acclaimed chefs who travel from across the country to cook out of Gunshow’s open kitchen for a couple nights. On those special Sundays and Mondays, the guest chef’s dishes are added to Gunshow's regular dim-sum-style dinner service. Led by executive chef Joey Ward, members of Gunshow's kitchen crew periodically present their dishes tableside and allow diners to choose to try it or wait for the next offering to come along.

“With only 100 guests dining each night, the setting is intimate and will allow the guest chefs more time to mingle throughout the room,” Ward says. “Hired Guns will still present their signature dishes for all guests to sample alongside favorites from the Gunshow kitchen dudes, including Kevin and me.”