Friends remember the legacy of the late chef Ria Pell

An icon of Atlanta's food, punk, and gay rights communities has died

Pell has been a pillar of Atlanta's food, punk, and gay rights communities for decades. Tales of her going toe-to-toe with gay-slandering skinheads in the '80s are as legendary as the pancakes she perfected throughout her career. And you could always count on Pell's vegetarian-friendly and soul-satisfying comfort food at the Bluebird — even if you had to wait a half-hour for a table.

After her "Chopped" win last winter, Pell closed the doors of her popular, three-year-old Inman Park restaurant Sauced to focus her time on the Bluebird. Recently, she had misplaced her cell phone. On the afternoon of Nov. 24, Bluebird manager Julie Pender went to Pell's Grant Park home to ask a question. When she arrived, she discovered that Pell had died. The exact cause of death remains to be determined.

Pell was 45 years old. Since word of her death has spread, her Facebook page has been flooded with testimonials from those who knew her. On Sunday night, longtime friend and DJ Nilan "Speakerfoxxx" Christen spoke of Pell's selflessness and of her influence as a friend and mentor: "She was mom to some people, a girlfriend to some people, a DJ, a chef, a brother," Christen says. "She was a matriarch and a patriarch of food, music, punk, gay rights, love, and family, and she let people know that they mattered."

Grant Henry, owner of Sister Louisa's Church of the Living Room & Ping Pong Emporium, has known Pell since the '80s, but their friendship solidified once he opened Church in 2010. "She was so helpful with everything from calling me when a new space opened, and even shared forms for ordering liquor," Henry says. "My first thoughts were that she's not going to want competition on Edgewood, but she was so welcoming, and genuinely excited about the concept."

Henry continues: "Ria was successful, and I don't count the mark that you make in life by the number of years you've lived. It would be awesome to have her around forever, but would it be a better time for her to die at 80? 62? She won! She moved so many people, and was able to turn something around in every single person that she met, and make them stand up and do right. There will be a big hole left in her absence, but it will be filled with all of the lessons she taught us — it's amazing to me that this punk girl that I loved and respected — this kid that I met hanging around Little Five Points in the '80s left such a mark on Atlanta."

Funeral arrangements and a celebration of Pell's life are being planned, but nothing was confirmed as of press time. Details will be posted at clatl.com as soon as they become available. 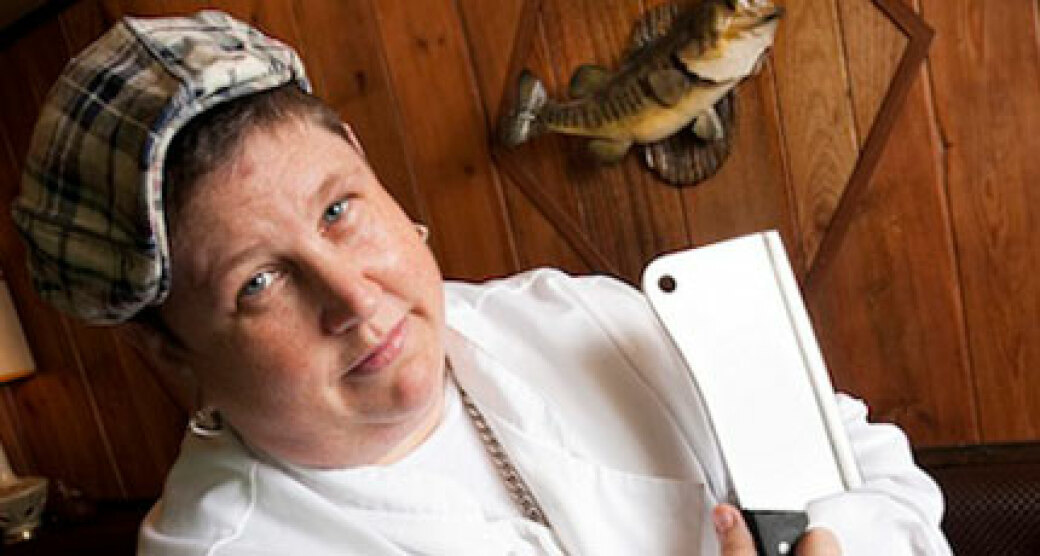 Chef Ria Pell died in November 2013. She was the owner of the Memorial Drive diner Ria's Bluebird, co-founder of the MondoHomo queer music & arts fest., DJ, and 2012 winner on Food Network's reality cooking series "Chopped". Pell was a pillar for Atlanta's food and punk music scenes, and gay rights activism, who after three years had recently closed down her Inman Park restaurant Sauced to focus her attention on Ria's Bluebird.
—Read Article
dummy