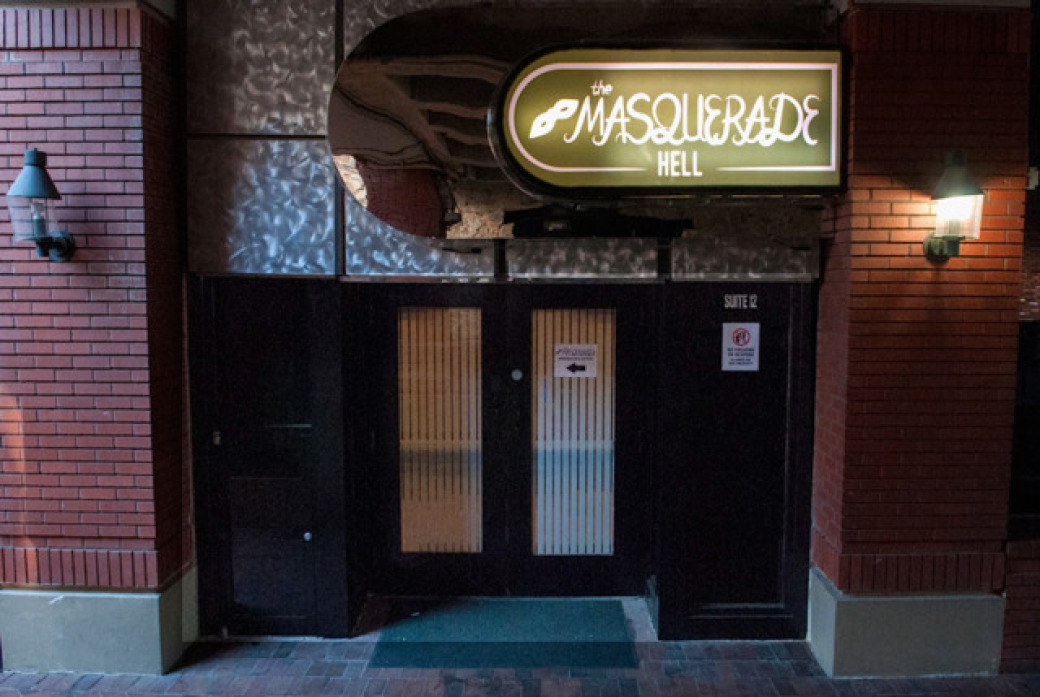 Two people died, and two people were injured, as the result of a shooting at a show at the Masquerade on Nov. 12. The headliner for the show was Los Angeles-based hip-hop artist Cousin Stizz. This is a hip-hop column, but this week I'm focusing less on the musical genre and more on something that has affected all music fans, from country to pop to rap.

Monday night, as I prepared to attend a concert, I checked my phone for an update regarding another local show that ended in tragedy less than 24 hours earlier. I usually get jittery before heading out to a show out of pure excitement for the music. This time my jitters were a result of paranoia. I watched as people were searched before being allowed to enter the Tabernacle, silently judging whether or not I felt security was being thorough enough."I'm just making sure you don't have any guns or knives," a woman said, grabbing at my bag and using her flashlight to poke around inside. I assured her I did not and she confirmed as much.

It's unclear how someone was able to get a gun inside of the Masquerade ahead of Sunday night's shooting.

An ABC News reporter posed the question to the venue's talent buyer and vice president, Greg Green, but he didn't get an answer.

"I don't have anything to say other than it's an ongoing police investigation," Green said. "Thank you for the call."

Over the years, security has long held a considerable presence at the long-standing Atlanta music venue that has hosted shows by everyone from Nirvana to Method Man. There's always a thick complement of beefy dudes wearing Masquerade security shirts at every show. If a fight breaks out in the pit, they shut it down within seconds every time. But now that guns have taken the spotlight as America's favorite fetish item once again and it seems that everyone is armed now uncertainty permeates any large social gathering.

Even when it was announced a few days later that Jonathan Bautista, 23, was charged with two counts of murder over the shooting, there are still no answers.

On Monday night, less than 24 hours later, I was attending an anniversary concert for indie-pop-turned-mainstream-pop artists Tegan & Sara in celebration of their album, The Con. The album, a cult favorite of sorts, was popular 10 years ago among angsty teenagers and twenty-somethings. The twin sisters have become queer icons, and earlier this year they launched a charity that aims to support and mentor LGBTQ girls and women. Proceeds from the ticket sales during this tour will be donated to the Tegan and Sara Foundation. This was an emotional, sentimental show that was supporting a good cause, but I couldn't stop thinking of the ways in which someone might be inclined to sully the experience.

Such is the life of a music fan in 2017, or any human being who dares to venture outside of their home, for that matter.

When one of Tegan & Sara's band members reminisced about playing at the Masquerade in the past it was clear he hadn't heard the news about this week's shooting. There are countless shows a week in Atlanta, held at various venues with varying degrees of security. The number of violent deaths that have occurred at live shows across the country in the past few years are statistically uncommon. But they're terrifying and thus they feed my anxiety. One life lost at a show is one life too many.What happened at the Masquerade seemingly followed a confrontation between fans. In 2016, a T.I. concert in New York ended with one person dead following a shooting backstage. And then there are the terror attacks such as the 2015 mass shooting at Paris' Bataclan concert hall while the Eagles of Death Metal performed, a bombing following Ariana Grande's concert in Manchester earlier this year, and, most recently, the mass shooting at the Route 91 Harvest music festival in Las Vegas.There have been many debates about what could (or couldn't) be done to prevent mass shootings such as the one that occurred at the country music festival in Las Vegas in October, including enacting stricter gun laws. Country singers Faith Hill and Tim McGraw recently told Billboard they believe it's up to the NRA and our government to enact "common sense" gun laws in hopes of preventing future mass shootings from occurring. While stricter gun laws likely wouldn't have prevented many of the attacks listed above, it is certainly a conversation we should be having. We also should be discussing music venue security, too. Music fans should be focused on whether or not their favorite artist is going to bring out a special guest or sing their favorite song, not on the possibility that they might not make it out of the venue alive.

We should be having these discussions loudly, and, there's no better time to discuss this than right after a tragedy has occurred.

Atlanta rappers J.I.D and EARTHGANG play Vinyl Nov. 21. It's the final show on their Never Had Sh!t tour.

6lack's first show at the Tabernacle has already sold out, but the Atlanta artist has a second show on Nov. 26 with breakout R&B singer Sabrina Claudio serving as the opening act.

Lil Uzi Vert performs hits from his mixtapes and new debut album Luv Is Rage 2 at the Tabernacle on Nov. 28.

Watch as spoken word artists and rappers compete in a friendly battle against one another during Poetry vs. Hip-Hop. Anthony Hamilton's backup singers, the Hamiltones will also perform.