Even though he already serves one of the best burgers in town, Brian Lewis (Bocado, Amer) is hopping into the pizza game with his new concept Al Forno's, which opens in Midtown (1080 W. Peachtree St.) this month. The menu, created by Bocado chef Adam Waller, uses locally sourced ingredients for certified Neapolitan pizzas. They offer pickup or online delivery of bake-at-home pizzas you can prepare in seven minutes or less. There will also be limited dine-in service.

This Saturday, "Georgian Thai" pop-up Talat Market is here for your late night munchies. Chefs Parnass Savang and Rod Lassiter will be serving up $5 fried rice, or khao pad, from 10 p.m. - 1 a.m. at their regular spot, Gato Bizco Cafe in Candler Park. Bring your own beverages and keep the night going. The late night menu is just a one-time thing for now, but if reception is good, it just might happen again.

More Neapolitan pizza is coming to Atlanta. The Local Pizzaiolo from Neapolitan Pizza Master Giulio Adrian is launching four locations around the metro area. Westside and Toco Hills spots are set to open this fall, with Sandy Springs and Madison Yards opening later. Expect fast casual nosh with kegged cocktails and a market called the Mercato inside, selling imported goods from Italy. Adrian himself will train locals on the strict rules and regulations of proper Neapolitan pizza-making.

Congratulations are in order for Marietta's Spring restaurant (83 Church St.). It is the only Atlanta-area restaurant listed as a finalist for Bon Appetit's Best New Restaurant award. Chef Brian Song opened Spring in April of last year. The top 10 will be announced on Aug. 15. Last year's overall winner was Atlanta's Staplehouse.

The Farmhouse at Serenbe has a new executive chef. Brian Moll, formerly of Fifth Group Restaurants' ECCO and La Tavola, took over the kitchen on August 1. "Brian offers experience that will compliment our vision to move beyond ???farm-to-table' and harvest locally, seasonally and intentionally, developing a menu where the seasonal ingredients are the focus of the main dish," said the restaurant in a press release.

He may be ousted from the White House, but Anthony Scaramucci now has a special named after him. All Villa Italian Kitchens are now serving "The Mooch," which they call "the most front-stabbingly delicious" spaghetti with meatballs, a garlic roll and Caesar side salad in his, um, honor? Get it quick; it's only available through the end of next week.

Cheers go out to Michael Jones of the Consulate. On July 26, he was named 2017 US Merlet Sidecar Cocktail Champion in San Francisco, where competitors had eight minutes to perfectly execute three specific cocktails. Jones won a trip to France to visit the Merlet distillery and explore Cognac. Stop by the Midtown bar and eatery and maybe he'll stir up one of his winners.

Chef Linton Hopkins is stepping up to the plate, er, mound to celebrate the opening of his new spot C. Ellet's at SunTrust Park's the Battery. He throws out the first pitch of the Braves' home game against the Phillies on Tues., Aug. 8.

Hey batter, batter. This Saturday's featured hotdog slinger at Ponce City Market's Helpful Hotdog is Spiller Park. Donations for their delicious dogs go towards the Negro League Baseball Museum. You'll have a chance to try out your Wiffle ball skills, too.

Westside's Monday Night Brewing has a new look and new beers to go with the upcoming opening of their second production facility this fall. Beers are moving to cans with white backgrounds dressed up to accentuate their official symbol: the necktie. New beers include Han Brolo, a "hazy, crushable pale ale" and Dr. Robot, a blackberry lemon sour. You can still fist bump when you drink them.

Looky here, it's luau hour! Beginning Mon., Aug. 7, Oakhurst's Double Dragon has a sweet deal. Along with their usual tiki drinks and $5 tiki punch specials, guests seated after 8:30 p.m. weeknights and 9:30 p.m. Fridays and Saturdays will receive 25 percent off the entire food menu. Also new is the much-anticipated arcade machine with thousands of games (including the original Double Dragon game), which is turned on at luau hour for free play. 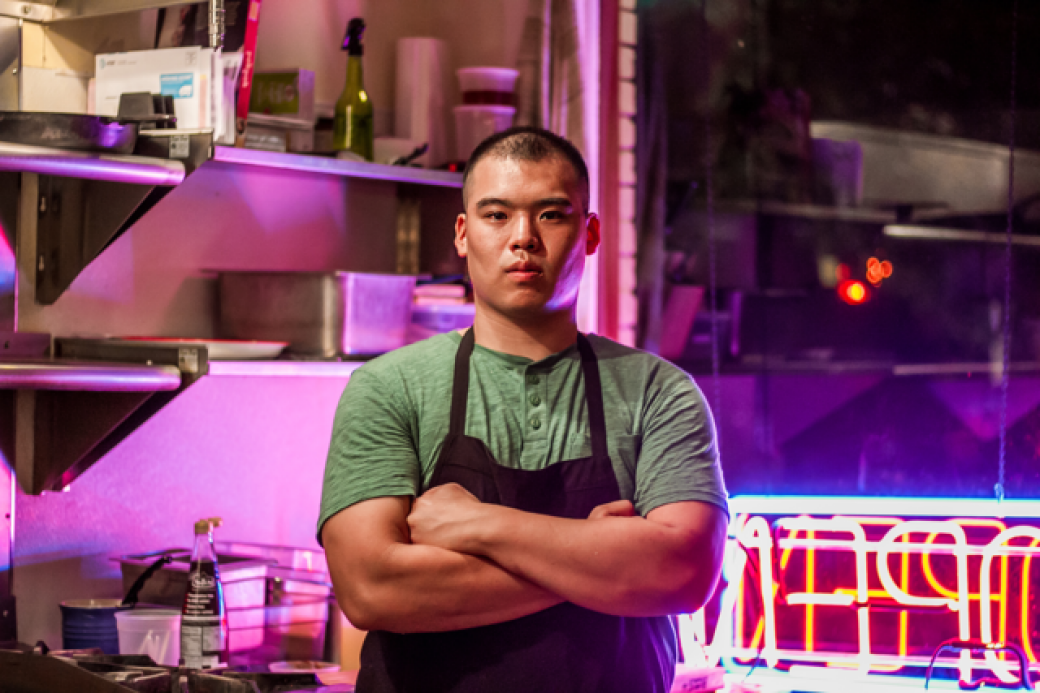 The imaginarium of chef Parnass Savang