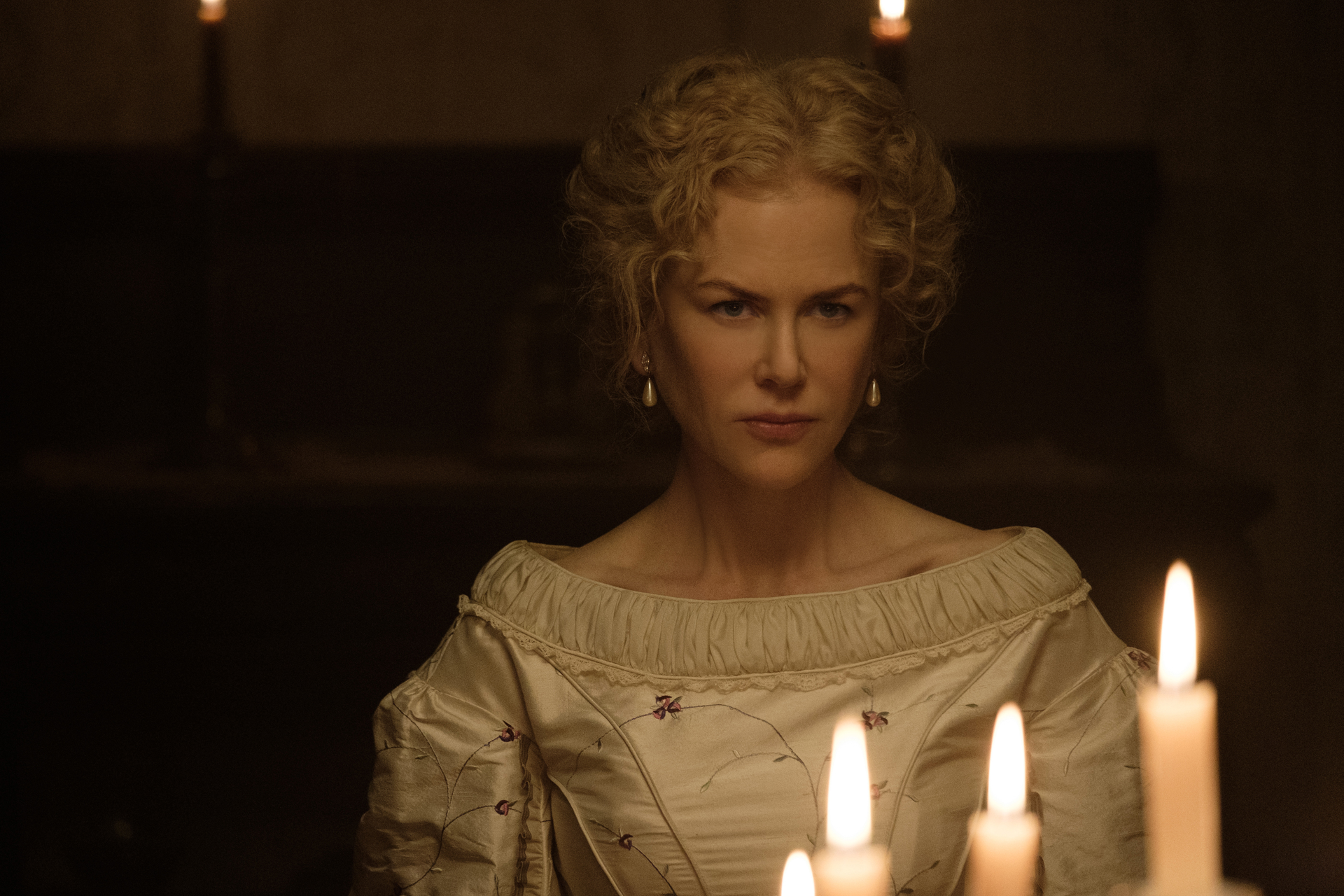 
Like other visions of a sugar-dusted Southern womanhood, ultimately, Coppola's belles are steel magnolias forced to show their mettle when times are tough. How you view the difference between Siegel's and Coppola's rendition of The Beguiled may very well depend upon how you view female desire. Siegel imagined The Beguiled's theme as "the basic desire of women to castrate men." In Coppola's hands, sexual desire is part of female humanity and agency, even when society demands that that humanity be tamped down and hidden far, far away inside oneself, never to be revealed.
The Beguiled: 4 stars.??Directed by Sofia Coppola. Stars Nicole Kidman, Colin Farrell. Rated R. Opens Thurs., June 30. At area theaters.

Ben Roosevelt's The Blue Flame pours one out for art Article

Solo exhibit transforms Get This! Gallery into dive bar | more...

Alejandro Aguilera embraces the Modern Spirit at the High Article