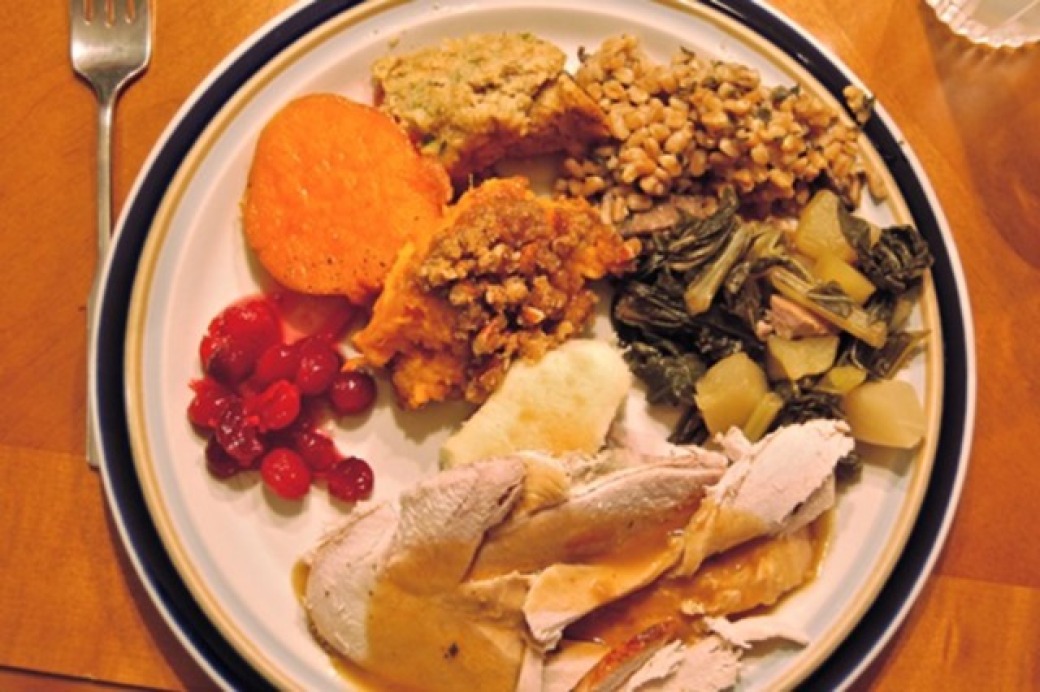 Our family Thanksgiving meal was fabulous, but it wasn't the turkey or the cranberries or the dressing that really distinguished it from other meals it was the gravy. Gravy is the glue (forgive the unappetizing term) that brings the Thanksgiving meal together. It bridges the turkey to the dressing to the cranberries to the rolls. It magically works with just about everything. I could (almost) just drink it straight from the gravy boat (I do admit to having several straight shots of it while cooking). And it's something that I lamentably rarely eat the rest of the year, let alone cook at home. But why not?

Well, there are two reasons gravy is not particularly healthy, and it is rather time consuming to make. That's a combination that can banish any recipe to the "don't bother" list, at least any recipe that does not include chocolate. Or caramel. Or large amounts of bacon. But, really, homemade gravy is not that bad for you - a bit of butter, yes, a bit more poultry fat, sure. But a lot of that fat gets skimmed away, leaving just a wee bit of fatty deliciousness. At least that's what I like to think.

As for the time consuming part, it's true. To make a good gravy, there are several steps that, while fairly easy, take time and patience. There are variations on a good gravy recipe, of course, but the tack I took this year (and last) had three major stages first, heavily browning some turkey wings and legs in butter along with some mirepoix (that's French for carrots, celery and onion); second, deglazing with a bunch of stock (I admit to taking a shortcut here and using store-bought); and third, combining the rich stock and drippings from the cooked turkey with some fresh herbs and a quick roux (that's French for butter and flour whisked together I just realized there's a third possible reason not to make gravy it may involve usage of French words that end in X like roux and mirepoix!). The result though is well worth the time just thick enough to have body, rich and deep from the marriage of butter and turkey and high heat, packed with flavor thanks to the herbs. You could do it just as easy with chicken, and the time it takes to roast a chicken at home is perfect to accommodate the gravy making.

Our Thanksgiving gravy left me thinking that I need to make gravy, need to make sauces, more often. But gravy at dinner and classically influenced sauces in general seem relegated to the dustbin of history and stuffy steakhouses. Sauce is no longer the glue that holds together many a meal. I know it's a month or so early for New Year's resolutions, but this year, I resolve to bring back the glue, to make more sauces, more gravy, and... OK... more trips to the gym.

P.S. If ever there was a worthy name for a vessel, it is that of the "gravy boat." A boat of gravy. Fit for the high seas. I'd like to see a regatta of gravy boats and sushi boats racing towards victory. Oh buoy.